While death from on-field blows is not unheard of in cricket matches, fatigue is not as common a reason.

It is not known whether cricket has a place reserved for those who are felled during matches. Perhaps there is a cricketing equivalent of the Hindu heaven or the Norse Valhalla, where those fallen in combat are granted entry.

The list is short but definitely known to most. Jasper Vinall succumbed to a blow from a bat during a match as early as in 1624. Henry Brand died in 1647. The deaths of George Summers, Abdul Aziz, Wasim Raja, Wilf Slack, Raman Lamba, and Phillip Hughes are more remembered.

However, none of them died on the ground except Andy Ducat, that is, who dropped like a stone and was dead as he hit the ground at the non-striker s end.

Single-wicket cricket was in vogue in the 1700s and first half of 1800s. Lack of infrastructure meant that it was not easy to find two teams of eleven men. Single-wicket matches gained popularity, attracting gamblers willing to stake huge amounts of money.

The match in question was played between two men called Gregg and Corderoy at Hertfordshire, near the village of Totteridge. Mind you, single-wicket cricket could be demanding, since you almost always had to run for everything while batting or bowling.

Gregg batted first and scored 43. Corderoy secured a slender 2-run lead. Gregg got another 32, which left Corderoy 31 to chase.

Corderoy got off to a decent start. Then, as Gregg bowled, Corderoy hit and set off for his eighth run. He made the run but collapsed immediately. He did not get up again. On arriving at the wicket he fell down and expired, reported The Times.

The coroner probably had a look, for the headline of the report runs Fatal instance of over-exertion.

We will never get to know whether Gregg was ruthless enough to claim his victory. The official result will remain shrouded in mystery, for the match was too obscure to find a mention beyond obscure corners in newspapers.

We will also never get to know whether Gregg recovered emotionally. Perhaps he did not. Or perhaps life went on for him.

Gregg 43 and 32 beat Corderoy 45 and 7 (retired dead) by 23 runs under the assumption that Gregg had claimed the result. 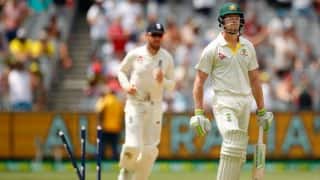 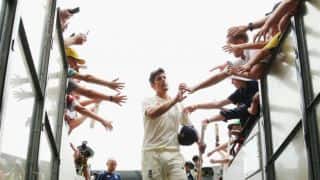