The final match of a man whose colourful idiosyncrasies made him one of the most recognisable faces.

England took on India in the second Test at Lord’s, from June 20 to June 24, 1996. The match is remembered for seeing Sourav Ganguly and Rahul Dravid play a Test match for the very first time. However, it also turned out to be the last time beloved umpire Dickie Bird officiated an international game. Shiamak Unwalla looks at the final match of the man whose colourful idiosyncrasies made him one of the most recognisable faces in the history of the sport.

Dickie Bird. A name that any cricket lover who grew up in the latter half of the twentieth century would know well.In the days before Billy Bowden’s crooked finger, there was Dickie Bird’s outstretched arm — 45 degrees almost to the dot —with the palm facing inwards, andthe index finger pointing straight up. Good old Dickie Bird, with his Yorkshire accent, his fluid movements, and his enchanting wit.

Bird was that rare cricketing official whom cricket aficionados and laymen alike would be eager to see in action. It was not just his eccentricity and charm — which he possessed in spades — but an earnest integrity that fans could bank upon to get a clean, fair game.

In an interview with NDTV about the infamous Harbhajan Singh-Andrew Symonds Monkeygate incident, Bird said of the umpires, “They [umpires Steve Bucknor and Mark Benson] should’ve got the two captains together, in a proper manner, in a nice way. Probably cracked a joke with the two captains, had a smile and a laugh — that’s what I used to do. And I’d have said, ‘Now look here lads, we’ve got a full house. It’s packed to capacity. People have paid a lot of money to watch the Test match. Let’s play this game in a better manner within the laws and spirit of the game.’ And I think if they’d handled it that way I think there wouldn’t have been any problem, personally. I honestly don’t.”

There is evidence that Bird would have actually done something of the sort as well. Arunabha Sengupta wrote of Bird’s ability to diffuse a tense situation: ‘“When Malcolm Marshall bowled too many short balls, Bird stepped in. Marshall childishly kicked the ball to the boundary. Bird said, ‘Malcolm, while I have a word with the captain, I would like you fetch that ball back.’”

That was just the sort of man Bird was. No problem was too challenging, no decision was too close, and there was never a situation that couldn’t use a bit of his cheeky humour.

On June, 20, 1996, England and India played their second match of the series at Lord’s. England had won at Edgbaston, and India made a few changes in their line-up at Lord’s. Two young batsmen, Sourav Ganguly and Rahul Dravid, made their debut in that game.

Cricketing folklore is rich with tales of what followed. Ganguly, batting at No. 3, scored 131. Dravid was the ninth man out, falling 5 short of what would have been the second debut hundred of the match. The Indian duo scored a trunkful of runs for India, and were the mainstays for over a decade.

Yet, that match took away as much as it gave to the cricketing world. It was to be the final appearance of Bird as an international umpire. It was fitting that his last game as umpire was at Lord’s — a venue he has always held dear to his heart. “Lord’s to me will always be very, very special,” said Bird almost 17 years later in an interview.

Such was the love and respect the players had for Bird, that he was possibly the first — and only till date  — umpire to have got a guard of honour from both teams involved in his final Test match.

Tony Lewis of Wisden wrote about Bird’s final match: “He was given a Hollywood-style reception which has never been afforded to any player, let alone an umpire. Don Bradman and Viv Richards were applauded to the crease when they played their last innings in England, and The Don was given three cheers. Umpire Bird walked out of the Long Room and the whole of Lord’s stood and applauded. Even more, the players of the England and India sides were out on the grass to form a corridor of appreciation…he [Bird] never allowed anything to stand in the way of the fair conduct of the game. This is why he retained the trust of the players and stayed at the top so long.”

Bird wrote in his anecdotal semi-autobiographical White Cap and Bails that it was Michael Atherton “who was responsible for arranging for the Indian and England teams to line up in front of the pavilion at Lord’s.”

He went on to write, “It was marvellous, and a wonderful thought from Athers.” Of course, that hardly stopped him from giving Atherton out LBW for a three-ball duck in the very first over of the match!

As Atherton walked off, he told Bird jokingly, “After all I’ve done for you, you give me out LBW of all things. How could you?” To which Bird replied, “Sorry mate, but it were plumb.” In those few minutes, the full character of Dickie Bird was seen. One moment overcome with emotion, tears in eyes; the next moment giving the man who orchestrated his farewell out LBW; and then a bit of friendly repartee to cop things off.

Bird’s umpiring didn’t diminish one bit in his final match. After declaring Atherton LBW, he made another excellent call not to give Sourav Ganguly out. To the naked eye, it looked an obvious catch, and was claimed as such. But Bird shook his head, and Ganguly was able to get to his century. Later replays showed that it had gone off Ganguly’s shoulder. Never mind that this was his last game, good old Dickie still had it!

There were those who had seen Don Bradman’s final game at The Oval, but they claimed that as grand a reception Bradman got, Bird’s was even more remarkable.

The final decision Bird ever gave was an LBW — Jack Russell out to Ganguly. In White Cap and Balls, Bird writes, “Jack came up to me afterwards and said, ‘That’s a present for you, Dickie. With best wishes, from me.’” Bird’s reply was rather typical: “Present? It were nowt of the sort. Tha were plumb!”

In his book 80 Not Out: My Favourite Cricket Memories, Bird wrote that he muttered the words, “Well, that’s it, Dickie lad. Finished. Over and out,” to himself at the end of that match. It was far from the end though. In fact, it was the beginning of a new era for Bird. He has since gone on to establish the Dickie Bird Foundation, a charitable organisation for the betterment of disadvantaged youngsters to establish themselves in sports.

In March 2014, Bird was appointed the President of Yorkshire, taking over from former England opener — and Bird’s close friend — Geoff Boycott. He told the club website, “Never in my wildest dreams did I think that I would become the president of the greatest cricket club in the world.”

At the ripe age of 81, Bird is still an active administrator and one of the cricketing fraternity’s most trusted and dignified voices. He may have retired 18 years ago, but his name might still come to mind if the word “umpire” were uttered in a quick-fire round. 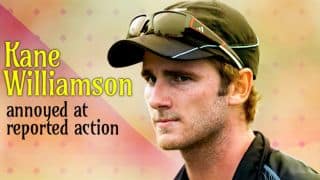 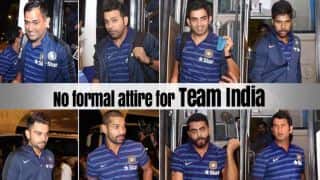