A teenager called Mithali Raj, in 2002, turned things around with a resounding double-hundred, smashing her way into the record books forever, stamping her arrival in Test cricket in the most staggering way possible.

August 16, 2002. Nobody gave India Women a chance when they reached Taunton for the second Test. When England Women put up a formidable 329, it seemed their Indian counterparts would have to bat out of their skins to save the match, more so after they lost two quick wickets. But a teenager called Mithali Raj turned things around with a resounding double-hundred, smashing her way into the record books forever, stamping her arrival in Test cricket in the most staggering way possible. Abhishek Mukherjee looks back at the day when India Women found their 21st-century superstar.

Even in her teens, Mithali Raj s batting was blessed with the elegance that made her stand out among her peers. If anything, she was more strokeful, for the burden of captaincy had not yet tied her down.

Raj had made her ODI debut three years back, at a mere 16, announcing herself with 114 not out in her maiden appearance. She made the most of whatever opportunity she (and Indian Women) got; unfortunately, they were too limited for anyone s liking.

At the same time, she had other adjustments to make as well. When I made my debut I was the only kid in the team. Almost everyone else was nearly double my age, which meant I had to reach out to them, she had smilingly admitted to CricketCountry in an interview.

Indeed, it was a far call from the 2016 atmosphere. Things were stricter, and more difficult for a teenager.

She finally got to play a Test in 2001-02 and scored a duck on debut, against England Women at Lucknow. In her second Test, at Paarl, she was one of five Indians to score fifties in the first innings as South Africa Women crashed to a 10-wicket defeat.

The triangular tournament in England (New Zealand Women were the third side) was a humbling experience for the Indians: one of their league matches was abandoned while they lost the other three.

The Indians scored 59, 26, and 95 in the three matches. In fact, they were so outplayed that Raj (31) was the only one with a tournament aggregate in excess of 25.

After the first Test at Shenley was washed out, they again lost an ODI, a one-off against England Women. Thankfully, they managed to reach 118 this time, thanks to a gritty 38 from Hemlata Kala.

Thus, when the sides moved to Taunton for the second (and final) Test, nobody gave the Indians a chance.

Anjum put the hosts in under lively conditions. Jhulan Goswami and Sunita Singh, her new-ball bowlers, responded by reducing England Women to 27 for 3 before Claire Taylor (with an I; not to be confused with medium-pacer Clare Taylor) and captain Clare Connor staged a fightback.

The Indian attack consisted of left-arm spinners Neetu David (whom Raj later called the greatest spinner she had seen) and Deepa Kulkarni (later Marathe) along with off-spinner Bindeshwari Goyal, which meant that they did not have a seamer who could take over from Goswami and Sunita.

So Chopra came on to bowl her military-medium and trapped Taylor leg-before. 70 for 4.

Laura Newton (later McLeod) walked out. Already reputed as an extremely hard hitter of the ball, she took control of the situation. They played out to lunch.

The young female spectators made the most out of the interval, entering the historic ground that had witnessed Joel Garner smash as many toes as Ian Botham and Viv Richards hit sixes. The girls played Kwik cricket.

Note: For the uninitiated, Kwik cricket is played with plastic bats and balls and plastic cones for wickets; while it is merely a casual sport in England, Kwik cricket has become a structured sport in Australia and New Zealand.

Coming back to the match, Newton lost her captain for 48; Goswami ran out Laura Harper shortly afterwards; but Newton found the perfect foil in debutant wicketkeeper Mandie Godliman. By the time she was caught by Raj off Goswami, she had scored 98 in 197 balls, reasonably quick for Women s Test cricket in 2002. Godliman and Newton had lifted England Women from 147 for 6 to 253.

Nicky Shaw contributed with bat as well, helping Godliman (65) take the score beyond the 300-mark. They eventually folded for 329, David taking the last three wickets to finish with 4 for 71.

Reasonably warmed by with her batting, SHaw removed Sunetra Paranjpe early. Mamatha Maben gritted it out, as did Chopra, but the runs did not come.

Connor replaced the new-ball pair with Newton and herself. Then Maben edged to Godliman. The score read 45 for 2 when Raj walked out to join her captain.

There had been the odd innings here and there, but given her immense potential, Raj needed a performance that would stamp her authority in the world of cricket for good. The defining innings was always around the corner, but given the wretched tour the Indians were having, little did anyone guess that this was the day.

Both Chopra and Raj knew better than getting bogged down by the pressure. India Women had struggled to reach fifty in an hour-and-a-half. The pair decided to push for singles.

She was merely 25, but Chopra was already one of the seniors of the side. They kept the seamers out, but did not let the pressure get to them. Connor used her bowlers in short bursts, but they could not break through.

Desperate for wickets, Connor opted for spin. By the time Kathryn Leng got Anjum with her leg-breaks, the Indian captain had scored a gritty 52, and India Women had reached a round 100.

But Raj was not to be bogged down. At that point of time she was barely more than a frail teenager. She did not have powerful shoulders, but there was no doubt that she more than made up for it with those steely wrists.

The dazzling cover-drive that would become a trademark of her batting in later years was already there. She found the gaps, she ran hard, and the wristwork, as mentioned, was exemplary.

By stumps India Women were 156 for 3. The experienced Kala, having got her eye in, had reached 31, while her young partner was on 43.

It was a day when Raj could do no wrong. Connor rotated her bowlers, trying out every possible option, but Raj and Kala marched along. The partnership was eventually broken when Charlotte Edwards ran Kala out for 62; the pair had put up 144.

Neither Kulkarni nor debutant wicketkeeper Sulakshana Naik lasted, but by then Raj had found her rhythm. The score read 297 for 6 when Goswami joined her. It would not be the last time that they would join hands at the highest level.

Records tumbled. Raj, by now completely in command, started playing those expansive drives. Despite her ability to hit the ball extremely hard, Goswami curbed her instincts as she held one end up.

The hundred came up, then the 150, as statisticians flipped through the pages frantically. It had been just over a year since Karen Rolton had set a new world record of 209. Sandhya Agarwal s 190, no longer the world record, still stood as the highest score by an Indian woman.

There was no way Raj was going to stop. Her talent was already evident, but she also needed to pass the test of temperament.

Things had never been easy for her. She had wanted to pursue Bharatnatyam, her first love, but her father insisted she pursued the unusual career option of cricket. It had been tough, practising with boys, batting in the nets for hours, taking catches till those palms went raw.

No, she was not going to give this up. She had worked hard for this. She had sacrificed her passion for this.

The records fell one by one. Agarwal s record went down. Shortly afterwards, Raj became the fourth woman in history to score a Test double-hundred.

The substitute fielder ran in with a message from Chopra. Raj later recollected the incident in an interview with CricketCountry: “I was too young at that time to actually realise about the record. It was our tour manager who sent a message through the 12th man to tell me that 209 was the previous record. That s when I realised. Otherwise I didn t have the faintest of idea. When I broke the record, more than anything else, I was too tired after batting for long. But it always feels good to break any kind of record.”

Then, at the fag end of the day, Raj became the first Indian in 16 years to hold the record for the highest score in Women s Test cricket.

She was on 209 when the last was bowled. She scampered a single, and finished the day on 210, just claiming the world record.

She had batted through the day, scoring 167. To put things into perspective, the most runs in a single day by an Indian man at that stage was 179.

Seldom has the world witnessed a 19-year-old combine elegance and a voracious appetite for runs to this extent. Accolades poured in from across the world, especially back home.

Raj did not last long the last morning, falling LBW to debutant Isa Guha for a 407-ball 214. She had hit 19 boundaries, and incredibly for a 19-year-old, had batted for 10 hours. She added 157 with Goswami, which remains a world record at the time of writing this article.

– India did not last long, the last four wickets going down for 13. Trailing by 138, England Women were reduced to 113 for 4 despite Edwards brisk 56. It took some effort from Connor and Harper to save the Test.

– The Indian team manager had announced a reward of 5 (INR 370 on that date) for a hundred in the Test. Raj became richer by 10.

How the record for the highest Test score changed hands 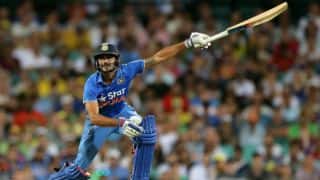 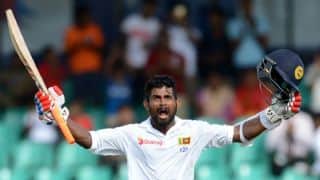