It was the fourth day of the first Test between India and Australia at Chennai when Sachin Tendulkar turned it on against Shane Warne.

On March 9, 1998, the cricketing world witnessed one of fiercest rivalries between batting genius Sachin Tendulkar and leg-spin legend Shane Warne. The ‘little master’ smashed Warne all over Chennai’s MA Chidambaram Stadium and plundered a match-winning 155 runs. Warne once said — admittedly, in jest — that Tendulkar, in his heydays, gave him ‘nightmares.’ They produced some masterful battles on the field, but were good friends when not donning their team jerseys. It is a rivalry that is, and will, always be celebrated by cricket fans all over the world. READ: Sachin Tendulkar’s Retirement: First Love Gone Bad

It was the fourth day of the first Test between India and Australia at Chennai. The match was hanging in balance. India were trailing by 71 runs in the second innings. They needed an innings of substance from one of their batters to put Australia on the back foot. Navjot Singh Sidhu and Rahul Dravid stitched together a 72-run partnership for the second wicket and provided a steady start. Warne was already bogged down by Sidhu before Tendulkar came in to bat with India reasonably well-placed at 115 for 2. READ: Sachin Tendulkar is the only batsman who averaged 40 in Tests in all the ten Test-playing nations

Before the start of day’s play, Tendulkar had gone up to Ravi Shastri asking for a word of advice. As Warne bested Tendulkar in the first innings, the little master wanted to make sure he got the better of the leg-spinner in the second innings. Shastri advised Tendulkar was to go all guns blazing (he probably used the words “tracer bullet” at some point) when Warne came around the wicket. To add to his preparatory work, Tendulkar spent four days in the nets facing former Indian leg-spinner Laxman Sivaramakrishnan. Expecting Warne to come around the wicket, Tendulkar asked Sivaramakrishnan to do the same and bowl in the footmarks. Tendulkar practiced sending the deliveries outside leg stump soaring over the boundary line. READ: Sachin Tendulkar: statistically the best No. 4 batsman of all time?

When Australia captain Steve Waugh introduced Warne into the attack, Tendulkar did exactly what he had practiced. So thorough was Tendulkar’s domination that he reduced Warne to a punching bag. Tendulkar used his blade to destructive effect, as he batted for 286 minutes and 191 balls, and blasted 14 fours and 4 sixes. Eventually, Tendulkar won the battle and helped India emerge victorious by 179 runs.

Back then, no one knew that the Tendulkar-Warne clash would be a rivalry to savour. Tendulkar’s unbeaten 155 is still considered one of his best Test innings of all time; an innings that is still etched in the memory of anyone lucky enough to witness it live.

(Kaustubh S. Mayekar is a reporter at CricketCountry. He played cricket at school level. Like his idol Rahul Dravid, he often shadow-practises cricket shots. His Twitter handle is @TheCricKnight.) 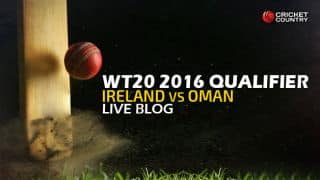