If you’re a 90s kid growing up in India like me, you will remember this one. A match that you would like to forget because it reminds you of the legacy of the ’90s: defeat at every corner. And especially, defeat to Pakistan, with the exception of World Cup encounters. And yet, how can one possibly forget what was arguably the greatest innings played by Sachin Tendulkar! Those are memories one wants to cherish for years and years to come, regardless of the bitter-sweet baggage. The great man perhaps does not remember it so fondly himself, for it would remind him of a not-so-pleasant chapter in his career. But his 136 in the fourth innings of this match was the one that brought home the full extent of his greatness to a 13-year old kid.

Going into the two match series, the wheels were coming off a victorious streak in Indian cricket. Mohammed Azharuddin had convinced one and all that he was the man with the Midas touch in his 2nd stint as skipper in 1998. The streak was built on comforting Indian flatbeds, though a ruthless Test demolition of Australia at home. Towards the end of the year, India toured New Zealand and things drastically took a turn for the worse.  India fought hard in the Test series but finished on the losing side. But the one-day effort was far less convincing and frequent injuries to Tendulkar were a cause of concern.

It was in this backdrop that India took on Pakistan in a Test series after a long hiatus. No longer feeling so supremely confident and up against men who knew India’s spin tricks inside out. And Pakistan had a spin wizard of their own, to boot.

Saqlain Mushtaq rattled India. The batting line-up that had thrashed Shane Warne out of the park was flummoxed by his fastish off-breaks. Tendulkar’s attempt to charge down the track and dominate him went horribly wrong as he had nought to show in the first innings.  India could not secure a comfortable lead, despite dismissing Pakistan for 238. Venkatesh Prasad gave hope in the 2nd innings, but Shahid Afridi scored far too many far too soon for comfort.  With two days in the balance, the Indian batting was reeling at 40 for two.

Matters got worse before they got better on Day Four.  A Wasim Akram special did in a rather tentative Rahul Dravid. Azharuddin and Sourav Ganguly perished to controversial decisions. Taken from a more impartial point of view, their stints did not inspire much confidence. Seven from 34 balls and two from 25 balls respectively says it all. The match looked all but over even as Saqlain let it roll on a vicious turner.

Well, one did expect a Chennai pitch to offer turn on Day Four, right? Close in fielders were hovering all over the bat for that elusive nick and vociferous appeals exerting pressure on the umpires – a classic subcontinent Test battle, in short. But India was at the receiving end, for a change. One man, though, had not thrown in the towel.

Try as they might, Pakistan could not find a way past Tendulkar. The smooth accumulator of today was then known more as a Master Blaster. Tendulkar’s preferred mode of defence was attack. He dented the bowlers’ confidence by dispatching their best deliveries to the ropes. However, having perished in an urge to counter attack in the first innings, Tendulkar offered an exhibition in defensive batting this time around.

He all but exposed all three stumps and tried to commit to the front foot in a bid to negate lbw appeals – a ploy fraught with danger on a turning track where batsmen prefer to play late. But Tendulkar was serene, assured and determined. He persistently met Saqlain’s darts with the full face of the bat. At the other end, the underrated Nayan Mongia offered much-needed support.

And then it happened – the dreaded back spasm that would haunt him for a long time, giving way, in turn, to a spate of injuries. This was the first we saw of it, though. In the years after this unforgettable thriller, some Pakistan players have attempted to discredit Tendulkar by insisting he should have finished it off. What this suggestion discounts is the pain he was fighting off. On a Chennai summer afternoon, having to bat with that must have taken a lot.  This time, it was not enough that Tendulkar had to ward off a strong opposition and compensate for a top and middle order collapse. He had to fight his own body.

At first, it actually provided some impetus to the innings. The injury forced Tendulkar to launch a superb counterattack. No lofted drives until that fateful one. Instead, he unleashed the paddle sweep to such telling effect that I stopped keeping count after some time. After almost each of these paddle swept fours, he would wince hard and struggle visibly to carry on. But the job at hand demanded a supreme sacrifice. And, astonishingly, Tendulkar seemed to be up for it.

I got my first lesson in how subtly momentum can shift in a Test match. Suddenly, after hours of dour defence, the Indian innings was cantering along and the Tendulkar-Mongia partnership threatened to achieve the unthinkable. And then, like all ’90s Indian cricket fables, it came unstuck with Mongia’s dismissal. This, and the prospect of exposing the brittle tail to a rampaging Saqlain, forced Tendulkar’s hand. You know the rest.

The familiar sight of blaming the defeat on Tendulkar ensued when I stepped outside to join my friends for a game of, well, cricket. I was not a little reluctant to join the bandwagon. I did not think then and do not now that a player could have done more to take the team across the line. It was a Test version of Vivian Richards’s brilliant 189. But this was not the mighty West Indies of the ’80s, this was India. And so, Tendulkar was doomed to finish on the losing side.

The rather unhappy finish to a match that promised so much has, over the years, tainted memories of this knock. And with several less spectacular efforts in the last few years contributing to victory, it has become easier still to cast 136 in the shadow. But for this writer, any questions over Tendulkar’s greatness were answered once and for all with that knock above all. An all-time great of the game consigned by fate to play in a mediocre team sorely lacking self belief – there’s the ’90s story for you.

(Madan Mohan, a 25-year old CA from Mumbai, is passionate about writing, music and cricket. Writing on cricket is like the icing on the cake.) 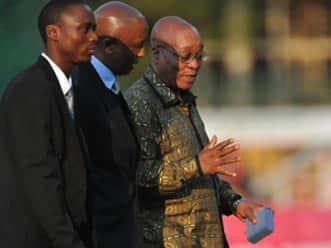 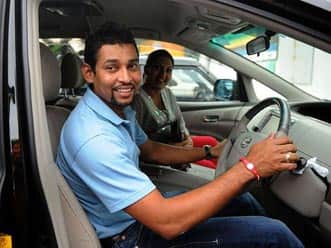