India may have trumped England in the limited-overs, but the team’s glaring weaknesses in the longest format of the game remain. A change in captaincy has been long suggested as one of the ways forward. But does the team have a ready replacement? Prakash Govindasreenivasan explores possible options. 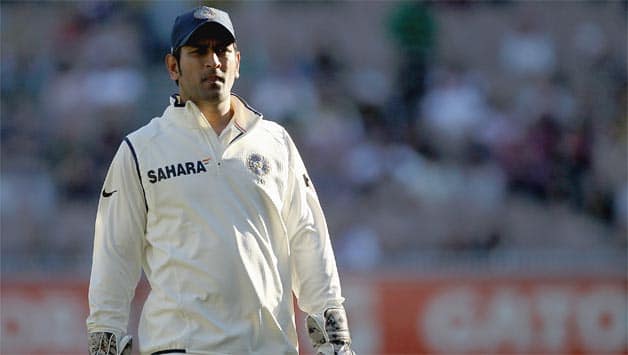 India may have trumped England in the limited-overs, but the team’s glaring weaknesses in the longest format of the game remain. A change in captaincy has been long suggested as one of the ways forward. But does the team have a ready replacement? Prakash Govindasreenivasan explores possible options.

MS Dhoni has been India’s most successful captain. However, his captaincy in Test matches has come in for scathing criticism when he has led the team overseas. The Test series loss to England on home soil only increased the decibel levels calling for his head as Test captain. With a home series against Australia and an away series against South Africa coming up, it will be crucial to sort the critical issue of leadership. But the tricky question is: Who will replace Dhoni as Test captain?

Gautam Gambhir: The Delhi opener could have been an idea replacement with the right amount experience and age in his favour. However, his vulnerability outside the off-stump and extended poor form has put a question mark over very place in the side. Gambhir is just 31 and has a few years of cricket left in him, but he has to do something quickly to retain his place in the side. He will need a spectacular series against Australia to thwart the strong challenge from youngsters. Only then he can see himself as a contender for the captaincy stakes.

Virender Sehwag: Like his good friend and fellow opener Gambhir, Sehwag too finds himself in a spot of bother. He is a shadow of the player he once was. His position is indeed worse than Gambhir because, at 35, he is much older. And with weakening reflexes, age against his side and after antagonising powerful factions in Indian cricket, his chances don’t look good at all.

A couple of years ago, he looked a decent option, but with the kind of lackadaisical attitude he showed on the field against England in the four-match Test series, it would be an absolute shocker if Sehwag is even considered for the post.

Zaheer Khan: At 34, age is not on his side. Neither has he been known to be a captain. However, if the selectors feel that if they need to give Virat Kohli or some other youngster more time before they could take over the reins of captaincy from Dhoni, then Zaheer could be a good short-term option, given the predicament Sehwag and Gambhir find themselves in. Zaheer has been well over 12 years in international cricket and has played 88 Tests to have the necessary qualifications, but like Sehwag and Gambhir he cannot be called certainty in the side. And that doesn’t help his case.

Zaheer has stated that he certainly isn’t done with playing for India. If the hunger in his words can be translated into compelling performances, Zaheer could be a short-term captain who can command the respect of the team.

Virat Kohli: The flamboyant, 24-year old Virat Kohli is the frontrunner to take over from Dhoni. If the change is for the South African tour later this year, it will be too much too soon for the youngster. He may have done exceptionally well in 2012 and have some experience of leading a side, but to give him the responsibility of leading a side that seems to be stuck rather awkwardly in transition could be disastrous. He hasn’t had the best start to this year in the limited-overs format of the game. The upcoming series against Australia could test his resolve in the longer format. It is probably time to let him grow as a batsman before considering him for the leadership that is inevitably for the taking in the future.
The Australia series will be a true test of temperament for Kohli. He did decently well against them in Australia in 2011 and can expect them to come hard at him. It will be entirely up to him to show character and go past all the possible verbal duels and have the last laugh. If he does manage that, he will be high on confidence and might even be ready to lead the team to South Africa.

Cheteshwar Pujara: He has a lot to prove his case worthy of the leadership. To begin with, he has played nine Tests for India, only one more than Graeme Smith when the latter was handed Test captaincy. Pujara’s insatiable appetite for runs and his likenesses to Rahul Dravid adds a lot to his chances. And yet, like Kohli, he needs to be preserved. At a time when almost none of the middle-order batsmen are entirely reliable, Pujara has, on multiple occasions, held fort and played some sensible cricket to cement his place in the side. While he seems to have done that successfully, he needs to be monitored for another year to see if he can truly live up the expectations of many. He will be frustrated to have warmed the bench for India in the one-day series against England while his domestic side Saurashtra limped to a horrific defeat in the Ranji Trophy final. He will be waiting to unleash himself against the Australians in the four-match Test series.

Ravichandran Ashwin: The last bowler to captain this side was a spinner and did decently well too. But by the time Anil Kumble became captain, he had already spent over 15 years in the Indian side, establishing himself as the lead spinner. As far as Ashwin is concerned, he may have pushed Harbhajan Singh down the pecking order, but recent failures in all formats of the game have made him look rather ordinary. He seems to have lost the surprise element about his bowling and his patience seems to have gone out of the window too. When the chips are down, he has shown a lot of frustration in the recent series, something that can be attributed to the instant success he gets while playing for the Chennai Super Kings (CSK) in the Indian Premier League. Even in the limited-overs format, Ashwin has lost his rhythm way too often. His failure to do well in the four-Test series against England further proved that he is starting to lose the basic abilities of a spinner. At the moment, the domestic season does not boast of too many talented young spinners who can be fast tracked into the national side and that is providing Ashwin the long rope. He really needs to work on his skills before he is knocked out of the side. Ashwin is an intelligent man – no doubts about that. It’s certainly a plus in his favour. Even when he was absolutely new in the side, he had an air of confidence about him that one rarely finds in newcomers. If Ashwin can overcome his poor form, he is certainly a contender – and, if one may add, because of the undeniable clout that Tamil Nadu and CSK enjoy in the Indian cricket set-up.

Dhoni has achieved unparalleled success in the shorter formats, but the lack of tactical nous has been exposed in Test matches. He failed twice in foreign conditions and was left clueless on home soil by the English side. The upcoming Australian tour may be his last chance to prove his mettle in the most enduring form of the game. If there is one factor working in Dhoni retaining the captaincy, it’s the lack of clear replacement options at this point of time. But quite clearly, time is running out for the Indian captain.