Ravichandran Ashwin's bowling eclipses his class-apart batsmanship. He is good damn good when it comes to bowling, so much so that he steals his own thunder. He doesn't let us talk about his batting.

Let’s not talk about Virat Kohli and his lovely cover-drives. He is always on encore, but so is Ravichandran Ashwin the second-most-talked-about-Indian-Test cricketer. Some would not agree, especially the cricket purists. They know Ashwin is the best. They say that with conviction if truth be told. But that’s how the game of cricket is being perceived. The batsmen get the most limelight, especially in India. And rarely do we see kids aspire to become bowlers. They, for that matter, hold the bat and learn to hit boundaries. Bowlers, to put things into perspective, play the supporting role. And no kid wants to play a second fiddle.

Be that as it may. We are talking about Ashwin the record-breaker. He has more Man of the Series than Sachin Tendulkar and Virender Sehwag. He takes wickets and scores runs. He takes a lot of wickets: five-fors, six-fors, seven-fors. And this is where he makes a mistake. His bowling performances eclipse his class-apart batsmanship. He is good damn good when it comes to bowling. Drift, stock-delivery, carom-ball: he is good, so much so that he steals his own thunder. He doesn’t let us talk about his batting. But that lovely cover-drive he played off James Anderson, in the Mohali Test, to reach his fifty deserves a separate piece on his batsmanship.

What followed was even more delightful a treat to the eyes, to be more precise. Apologies for the overuse of em dashes, for it is difficult for a writer to hold back her/his emotions at times.

Ashwin played a straight-drive. With a high elbow, he stood very, very still at the crease. He posed for the cameras. And why not? He timed it to perfection, as if he watched Anderson deliver it in ultra-slow motion.

4 hundreds and 9 half-centuries in 41 matches for someone who evolved as an all-rounder is something to take notice. And for a reason they call him the No. 1 all-rounder in the longest format.

Yes, there are a few boxes to check. Unlike Kohli, he has not been effective in foreign countries, especially Australia. However, his hundred in West Indies came at a crucial juncture. He added 213 runs with Wriddhiman Saha for the sixth wicket. Now he has at least one overseas hundred. Again, let’s not forget his prime job then was just to take wickets. Batting, in fact, is something he is naturally good at.

He is 30, and is likely to play more Tests in England, South Africa, Australia, among others. He may not have made full use of the previous opportunities he was offered. He then batted lower down the order with the tail. But he is a different character now. He bats at No. 6. He is experienced now, for he has learnt the tricks of the trade.

As a matter of fact, he now has a straight-drive against Anderson.

We haven’t shed any light on his bowling performances in major countries. All the same, let’s stick to his batting for a while. Don’t forget the straight-drive yet.

They say he has VVS Laxman-like batting style. The pads, the shuffle, the stance, the wristy flicks: they are a reminiscence of Laxman’s artwork. But the bat doesn’t come down at an angle. In fact, he plays straight-drives better than Laxman did (no, it isn’t an overstatement). He stands tall and tries to play it with a straight bat. At the same time, he opens the shoulders the way Laxman did. As a result, he gives an impression he is a significant leg-side player.

When he comes to the crease, he looks set. He shows no signs of nerves. He does not have any gameplan. He keeps it simple, and plays the ball according to its merit. And by all means, we don’t even witness any play-and-miss.

There were times when the likes of Murali Vijay, Kohli and even Rahane failed to find their feet, giving away their wickets. In came Ashwin and batted as if he is playing on different track altogether. Yes, we have witnessed such times!

Ashwin is Ashwin, and he continues being Ashwin.

So he is an all-rounder and not a specialist batsman! Why not emulate him? Why not look upto him as well, kids?

As a matter of fact, there are a few statisticians who fear Ashwin will, one day, better Kapil Dev’s record as an all-rounder. One day. 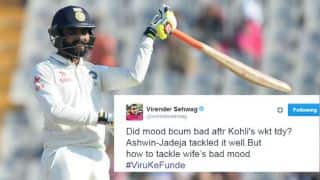 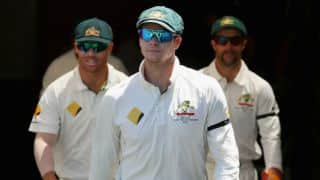