A caravan of mules made their way from Kalimpong to Lhasa that day.

A curious, almost one-of-its-kind report appeared on The Times on May 12, 1952. Abhishek Mukherjee tries to dig a bit deeper.

The Tibetan indifference towards cricket might have had to do with extreme, harsh weather or hostile topography. Cricket can hardly develop in a place where a ball, if hit properly, may actually result in a drop of goodness-knows how many metres.

Tibet does have a football team, whose first known match was against Greenland, at Denmark in 2001. Perhaps it had to do with some obscure law that snow-clad regions should clash one another. Tibet were thrashed 1-4.

They also participated in the 2006 FIFI (not FIFA) World Cup, organised by Federation of International Football Independents, featuring teams not recognised by FIFA, like Tibet, Greenland, and Gibraltar. The tournament has some curious participants, one of the more exotic ones being Republic of St Pauli: St Pauli is an area inside Hamburg, Germany.

But that is football. Cricket has never taken off in Tibet, though cricketers visiting Dharamsala often make it a point to visit Dalai Lama. There is a Tibetan Cricket Club at San Francisco Bay Area, formed by Tibetans in 2011.

But generally, Tibetans have not quite warmed up to cricket, which made the report on The Times even more intriguing: a reasonably sized mule convoy had set off from Kalimpong (in West Bengal, India) for Lhasa. Subsequent investigation revealed something even more bizarre: the mules were carrying cricket bats on their backs.

This baffled everyone. What were the Tibetans planning to do with those bats? True, India and Pakistan were Test-playing nations, but surely the sport had not spread across The Himalayas? Accustomed as we are to being baffled by International Affairs, it is difficult to recall any recent development in that sphere of which the significance was harder to evaluate, reported The Times.

Interestingly, Tibet was under communist regime at this point (this was two years after the Chinese Civil War and a year after Tibet had accepted Chinese sovereignty). This meant that there was little chance of an English sport blossoming in the country.

Why the bats, then? Did they plan to play cricket in Tibet, after all, despite the threat of communist interference? And why was there no ball? Were they shipped separately? What purpose would dozens of bats serve if there was no ball to play with? Was there a sinister plan somewhere? Would the bats be used in warfare? If yes, why, and more importantly, how?

Just like The Times, we can only speculate: it seems all too possible that the report from Kalimpong may foreshadow the launching of a vast conspiracy throughout the New Democracies to undermine the influence of cricket by evolving a similar but ideologically sounder game.

Alas, the real motive is not known, and neither is it likely to be known. We do not know whether a lofted drive on the snow-clad terrain descended five thousand feet. We do not even know whether the bats reached enthusiastic cricketers and were put to good (or evil) use, or whether the muleteers smuggled them into another country.

What we do know, however, that a caravan did make its way 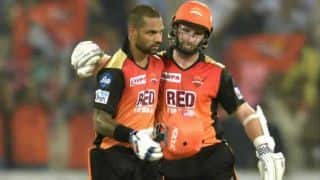 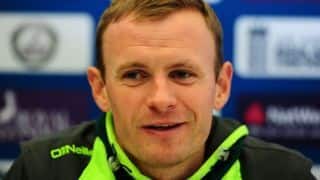