June 19, 1893. In the exotic land of Romania, with the Crown Prince and Princess for audience, a quaint game of cricket was contested.

June 19, 1893. In the exotic land of Romania, with the Crown Prince and Princess for audience, a quaint game of cricket was contested. Arunabha Sengupta looks back at this obscure yet important encounter.

The Carpathians sprawl across the land, shrouded in green, sometimes rising sharply upwards in spectacular snow peaks. The mighty Danube flows through the heart, ending in the bird-watching paradise of its exquisite delta. The Black Sea splashes against the Eastern shores, while Slavic and Balkan neighbours crowd the other sides.

There is Bucharest with all its history, and Constanta with its laidback charm, with plenty of majestic castles tucked inside the heartland. There is the mysterious Transylvania, with Vlad the Impaler intricately interwoven with the terrifying Count Dracula through the threads of history and myth. There are men with their quaint exotic origins; there are beauteous brunettes with bottomless pools for eyes in which the stoutest of hearts can plunge forth and drown.

It is somewhat sad that a land of such variety and romance has never quite warmed to the noble game. Even the post-1989 era has not seen much in the way of popularisation of the English game. In fact, former commercial banker Rangam Mitra, one of the founding members of Cricket Romania, once remarked, “For Romanians, cricket was something in Alice in Wonderland…and I have to keep reminding people that it was croquet not cricket.”

It is strange that a land this picturesque, in parts painted with brushstrokes borrowed from fairy tales, should consider cricket such a quaint pastime.

However, the miniscule history of cricket in Romania is a rich one, in keeping with the fascinating past of the land.

Cricket had been played in the country as early as in the summer of 1881, when a team from Odessa visited the land and played a match over one day against a local team of Galatz. Both the teams, predictably, were full of British ex-patriates, and in the end the local side triumphed by five wickets.

However, the glittering pearl in the barren expanses of the country’s cricketing history can be found in the eventful year of 1893.

Borne by a Princess

It was not unexpected that the English game would make its way to the exotic land that particular year. About five months before the event, something else, precious, charming, and once again quintessentially British, had made Romania her home.

In 1892, Princess Marie of Edinburgh had been just 16, a young woman with sparkling blue eyes and silky hair of fair hue. There was a regal regiment of suitors flinging their hearts at her feet thick and fast, and that included Prince George of Wales, the future King George V. George of Wales was second in the line to the British throne when he proposed. The grandmother of Marie, none other than Queen Victoria herself, approved of the match, as did much of the royalty. However, the Duchess of Edinburgh did not.She had her reasons.

It was at this juncture that King Carol I of Romania, of the House of Hohenzollern-Sigmaringen, was looking for a bride for his nephew, the Crown Prince Ferdinand. Marie was considered one of the most suitable. The courtship was arranged. The young couple met at a gala dinner and spoke in German. They met again and then again, the shy Ferdinand taking a while to go through the usual steps. With time the engagement was announced.

Princess Marie turned 17 in October 1892, thus becoming eligible for marriage. And as the old year gave way to the new, the couple were married on January 10, 1893, at Sigmarian Castle, across three elaborate ceremonies — civil, Catholic and Anglican.

Five months down the line, the still relatively newly married Crown Prince and Crown Princess were entertained in Bucharest with the charming English pastime of a cricket match.

No, there were no big names of the cricket world gracing the occasion. Jack Blackham’s Australians were busy in England, pitting their forces against WG Grace’s Englishmen. On June 16, the visiting Australians faced the South of England at The Oval and succumbed to the pace of Tom Richardson. On June 19, they faced the Players at Lord’s and Hugh Trumble captured 14 wickets to ensure a 6-wicket victory for the Aussies.

In between these two important matches, an obscure game was played in Bucharest on June 18, 1893. An eleven from Braila had come over to play the match billed as Bucharest vs Braila. The Crown Prince and the Crown Princess graced the occasion and were, according to Times, enthusiastically received.

The scorecard of the game is lost amidst the pages of time. However, we do know that the visiting team from Braila won by 17 runs. A Victorian print captured the events of the day in Bucharest, which, apart from the cricket, included beagle and fox hound shows.

One can assume that Princess Marie felt transported back home while the match was played, while Prince Ferdinand struggled to come to terms with the rules.

Ferdinand succeeded Carol I to the throne in 1914, and thus Marie became Queen Consort of Romania. The reign lasted for 13 years, till the former’s death in 1927.

However, we don’t find reports of this royal couple attending any other cricket match. 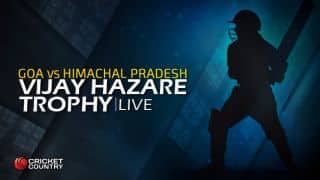