The Mumbai Indians batting card will see the unprecedented miracle of Sachin Tendulkar and Ricky Ponting appearing together. Arunabha Sengupta, however, refuses to get too excited. The batting card of Mumbai Indians will contain the surreal combination of Sachin Tendulkar and Ricky Ponting, two supreme exponents of the art of batsmanship together for the first time © Getty Images

The Mumbai Indians batting card will see the unprecedented miracle of Sachin Tendulkar and Ricky Ponting appearing together. Arunabha Sengupta, however, refuses to get too excited.

When one looks at the Mumbai Indians team for this season’s hit-and-giggle circus – okay, we will call it the Indian Premier League (IPL) – one is plagued by a sense of unreality.

The batting card will contain the surreal combination of Sachin Tendulkar and Ricky Ponting, two supreme exponents of the art of batsmanship together for the first time – something that should have had the connoisseurs drooling with anticipation. The two who have conquered every peak in the landscape of cricket, legends who bestride the history of the game as undisputed giants, a combination of talent, heroism, runs and rivalry that has perhaps only the duo of Don Bradman and Wally Hammond as equivalent.

However, the truth is that most connoisseurs could not care less. While their willows have performed the greatest of feats imaginable in the loftiest of contests and arenas, they now prepare to flash together to entertain in an extravaganza that is perhaps the crudest variant of this splendid game. The two, who between them have climbed unknown mountains, of size and stature beyond erstwhile dreams and imagination, are now getting ready to put on a joint act of climbing stunted ladders.

They have been engaged in some of the most staggering contests in the past, across a decade and a half, in Tests and One Day Internationals, from titanic tussles for the Border-Gavaskar Trophy to edge-of-the-seat World Cup encounters. Now they will turn out for the same side. What will their combined genius look like when they take field for the Mumbai Indians?

Imagine Garry Kasparov and Vishy Anand, after their monumental battles over the chess board, teaming up to represent the Azerbaijan Knights in the Russian Corporate League of Ticktacktoe.

Well, perhaps the greatness of the two will transcend such cynicism. There may be sparkling gems crafted by the two, which will shine like diamonds in the darkest of coal pits. The two gentlemen may create masterpieces in miniature that will be as immortal as their deeds in real cricket, overcoming the ephemeral nature of the format and associated fanfare. For the team, of course, no one can wish for a better dressing room to pick up pearls of cricketing wisdom from a near inexhaustible collection of splendour.

But, for now, from the point of view of pure cricketing action, it would perhaps be prudent not to be too elated by the fact that Ricky Ponting has been purchased by Mumbai Indians. 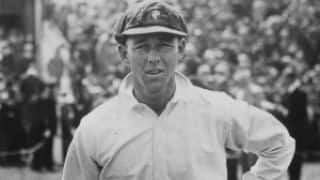