Rilee Rossouw does a Sachin as he scored 36 off 39 balls in his third game after a couple of ducks.

After getting bowled by Sean Williams for a score of 36, South African batsman Rilee Rossouw managed to repeat the scores registered by former Indian batsman Sachin Tendulkar in the first three One-Day International (ODI) innings that he batted in. Both batsmen registered scores of 0, 0 and 36 in the respective innings after debut.

Sachin Tendulkar, who made his international debut during the tour of Pakistan in November, was dismissed for a tw0-ball duck in his first two appearences in the One-Day format against Pakistan and New Zealand respectively in separate tournaments. While the first came during the second ODI.  Rossouw was dismissed off the bowling of Sean Williams in the sixth match of the ongoing Zimbabwe Triangular Series that also features Australia. Attempting to despatch a delivery pitched wide of off-stump, managing to miss the ball completely as it crashed into his stumps. Both batsmen scored 36 runs off 39 balls in their respective third games. 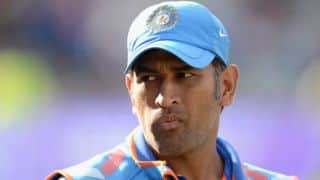