The unusual chemistry between Sreesanth and MS Dhoni

The unusual chemistry between Sreesanth and MS Dhoni

Let us take you through all those incidents and statements involving Dhoni and Sreesanth over the years, which makes for an interesting read

Indian cricketer S Sreesanth is once again back in the news. Most of the times, he is in the limelight for wrong reasons but this time there is nothing wrong as he expressed his eagerness and excitement over watching the upcoming biopic on Indian captain MS Dhoni. One should not forget that Sreesanth was a part of India’s World Cup winning sides in 2007 (World T20) and 2011 under Dhoni’s leadership. There was a time when he was considered to be India’s best seam bowler, but fortune changed and he is currently no where around the national side.

Dhoni’s upcoming biopic — ‘MS Dhoni: The Untold Story’ has currently generated huge amount of buzz among the fans and famous personalities as well. The release date of the movie is September 30, which is only two days away and is also said that the movie has already made huge amount of money before the release itself. Coming back to Sreesanth, he is mostly remembered for taking that heart-stopping catch of Misbah-ul-Haq in the final of 2007 World T20. He is also quite famous for sledging cricketers, be it Indian or others. Talking about his comment on the biopic, Sreesanth said, “I am really excited to watch Dhoni’s biopic as he is a great captain. Certainly, there is a wonderful story to share. I would love to watch it.” The Indian cricketer said this at the premiere of upcoming movie ‘Days of Tafree’.

Well, Dhoni and Sreesanth share a very interesting bond among them which is quite difficult to understand because on most of the occasions, the Indian captain has criticised him for his behaviour, discipline, etc.  On the other hand, Sreesanth has never said anything negative about him. Let us take you through all those incidents and statements involving the two of them over the years, which is surely very interesting.

Dhoni started his international career in December 2004, while Sreesanth made his India debut in October, 2005. Not much difference in their debut though.

During the second Test against England at Trent Bridge in 2007, Sreesanth bowled a beamer to Kevin Pietersen, which landed him into probably the first controversy. Though Sreesanth apologised just after that beamer was bowled but he was criticised by Dhoni himself, who was not even the captain of the side. “Sreesanth is a tough rookie. He plays good aggressive cricket. I’m glad he said ‘sorry’ to Pietersen after the beamer. It may not have been intentional but it was still pretty accurate. At the end of the day, it’s not just the captain who has to ask his players to exercise restraint but it’s also up to every individual to try and play within the rules,” said Dhoni. Also, it was the same Test which India won and was famous for the ‘jelly bean’ incident which made Zaheer Khan very angry.

Sreesanth was a part of that team which won the inaugural World T20 edition. It was he who took the final catch of the tournament after Dhoni called him to attempt that catch.

At that time, Sreesanth had become an important part of the Indian side and Dhoni decided to take him to another big tour. In that series, Sreesanth played 7 matches and took 9 wickets at 25.77. Not to forget that he probably took the most important wicket of Mike Hussey in the second final of the tournament, which India won by 9 runs.

During the second Test against South Africa in December 2010 at Durban, Sreesanth once again invited controversy by doing meaningless sledging to Graeme Smith. That led to lot of criticism. “There is no problem between the teams. It’s one individual who has caused a few hassles and maybe crossed the line in certain ways. So, Dhoni and I had a chat to sort it out,” said Smith.

Not only South African cricketers but Indian captain Dhoni also criticised him by saying, “I think it is important to keep him under control. It is good for him, for us, for the opponents, for the umpires, for the board and for the spectators.”

Initially, Sreesanth was not selected in India’s side for World Cup 2011 despite his good performance in the 2010 Test series in South Africa. “I am so heart-broken…it’s lack of faith that makes people afraid of meeting challenges, and I believed in myself. Jai Mata di,” S Sreesanth wrote on Twitter just after the India squad was announced for the mega-event. As per media reports, Dhoni preferred Ashish Nehra over Sreesanth and it was pretty evident why as the Indian captain had earlier criticised him for being indisciplined and his aggression issues. Though, fortune changed for Sreesanth as Praveen Kumar got injured and he was called back in the side for the tournament.

This time, Sreesanth proved that he is big time lucky charm for Dhoni and Indian team. He was the part of India winning team in Pataudi Trophy 2007, World T20 2007, CB Series 2007/08, Border-Gavaskar series 2010 and World Cup 2011. Also, in the 2011 World Cup, Dhoni let Sreesanth play in only two matches of the tournament — tournament opener and final. In the first game against Bangladesh, Sreesanth bowled pretty poorly as he conceded above 50 runs from his spell of five overs to which Virender Sehwag later commented sarcastically by saying, “Everybody performed well except Sreesanth.”

Although, in the final match against Sri Lanka, Sreesanth was again among the expensive bowlers from India as he conceded 52 runs from 8 overs and remained wicket-less. Dhoni, probably took him in his playing XI in the final because of Sreesanth being the lucky charm for him in big tournaments in the past.

Just after the World Cup 2011, Sreesanth opened up in an interview about Dhoni’s criticism towards him over discipline and aggression issues by saying, “Never have I had any problems with him nor will I ever have any problems with him. He has been there right from the time I made my debut. I consider him as my elder brother.” He also said that Dhoni has the right to scold him if he does a mischief and added, “He is my captain. If a student does a mischief, doesn’t the teacher scold him? If you are tardy in your work, doesn’t your editor pull you up? It is the same thing.”

Be it what Dhoni has said about Sreesanth, the Kerala pacer never said anything negative about the Indian captain to this date.

9.  Sreesanth’s father lashes out at Dhoni

After Sreesanth got arrested for his involvement in spot-fixing scandal during 2013 IPL, his father Shantakumaran Nair blamed Dhoni and Harbhajan that they conspired to finish his career through spot-fixing scandal. Although, later his father apologised by saying it was an emotional outburst. Not to forget that, a month earlier Sreesanth had opened up on the infamous slap-gate incident and blamed media for highlighting that issue. At that time, Dhoni and Harbhajan were very close friends.

Overall, it clearly states that Dhoni has always criticised Sreesanth for his behaviour, discipline and other things but Sreesanth never made any negative statement over him. Also, Dhoni never made any comments on Sreesanth after he got involved in spot fixing. 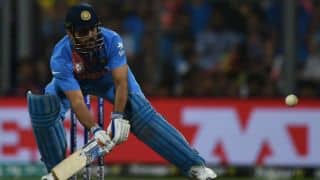 India’s new selection panel and the MS Dhoni conundrum: Is the end near? 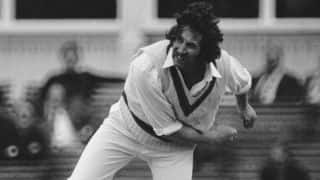