The game lived up to its billing as it turned out to be a last-ball thriller with MI lifting its third IPL title.

Mumbai Indians were playing their fourth IPL final, hoping to clinch its third crown against Rising Pune Supergiant, who were playing their last-ever IPL match. Going into the final, it was pitted as a big game, and eyes were on MI skipper Rohit Sharma. The game lived up to its billing as it turned out to be a last-ball thriller with MI lifting its third IPL title.

After winning the toss on a placid Hyderabad wicket, Rohit had no doubt in his mind as he opted to bat first. MI got off to a disastrous start as they lost their openers – Lendl Simmons (3) and Parthiv Patel (4) in the third over of the match and Jaydev Unadkat had picked both the wickets.

Ambati Rayudu found himself unlucky as he fell to an unfortunate run out for 12 off 15 balls. Three early wickets meant MI had to rebuild and that ensured skipper Rohit and allrounder Krunal Pandya took limited risks. That affected the run-rate as well. While Rohit scored 24 off 22 balls, Krunal top-scored with 47 off 38 balls to help MI post a paltry 129/8 in 20 overs.

Chasing 130 to win, the Supergiants lost Rahul Tripathi for three runs. Opener Ajinkya Rahane was then joined by skipper Steve Smith, who put on an important 54-run stand before Rahane departed for 44 off 38 balls. Despite Rahane’s loss, the Supergiants seemed to be on track as they had not lost wickets in hand.

At a point of time, it seemed that Smith had it covered, but an economical spell from Karn Sharma gave MI a glimmer of hope as his 18 runs from four overs did not allow the Supergiants to run away with the chase.

But it was splendid death overs bowling from Jasprit Bumrah and Lasith Malinga that snatched victory from the jaws of defeat.

Malinga and Bumrah ensured Pune would only get two boundaries across the 18th and 19th. That left Smith – batting on 51, and Manoj Tiwary – 11 to get from the last over.

Despite taking a boundary off his first ball, they couldn’t quite do it against Mitchell Johnson as MI won the game by one run.

Krunal bagged the Man of the Match for his all-round show. 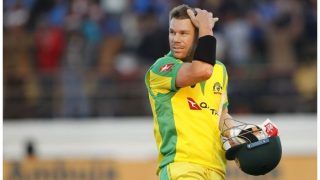 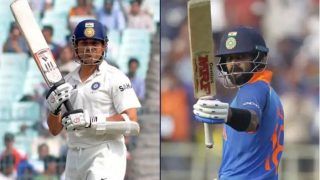 Sachin Tendulkar Was Weak Against Inswing, Virat Kohli Will Surpass Him: Sarfraz Nawaz