KKR won the match with three balls to spare to clinch their second title in three years.

It was set to be a fitting finale – as two top sides of the tournament were locking horns with each other – Kolkata Knight Riders and Kings XI Punjab. The game lived up to the expectations as it went down to the wire before KKR edged out KXIP in a high-scoring thriller at Bengaluru to clinch their second IPL title. If it was Yusuf Pathan in 2012, it was Manish Pandey in 2014, who starred for KKR, at his home ground.

KKR won the toss and elected to field first, knowing that the venue was good for chasing. After losing Virender Sehwag (7) and George Bailey (1) early, Manan Vohra (67) and Wriddhiman Saha (115) fired with a 119-run stand off 72 balls which ensured KXIP post a mammoth 199 for four in 20 overs.

Chasing 200 to win, KKR needed to get off to a flying start, but they lost their in-form openers Robin Uthappa (5) and Gautam Gambhir (23) early. After that Yusuf Pathan and Manish Pandey got the chase back on track with a 71-run stand. While Yusuf scored 36 off 22 balls, Pandey hit a 50-ball 94 blitzkrieg. In the end, when the game got tight, Piyush Chawla (13) came up with the goods with the bat, taking his side over the line.

KKR won the match with three balls to spare to clinch their second title in three years. 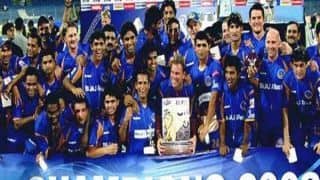 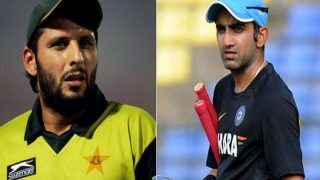