It continues to be the highest successful chase in Test cricket's history.

West Indies created history on May 13, 2004 when it successfully chased down 418 to win the fourth and final Test of a four-matches series against an utterly dominant Australian side led by Steve Waugh.

It continues to be the highest successful chase in Test cricket’s history.

The tourists were the favourites having won the first three Tests of the series. And when they set their hosts a record target to win the match, the game a whitewash seemed inevitable.

Australia opted to bat first were bowled out for 240 in 72.1 overs thanks to Jermaine Lawson’s excellent performance with the ball as he finished with figures of 7/78.

Having stopped their opponent for a relatively low total, the Brian Lara-led West Indies must have been injected with a renewed hope of puling one back. However, they also were bowled out for 240 with Lara himself top-scoring with a half-century.

The game was in the balance now.

And then Australian opening pair of Matthew Hayden and Justin Langer went on to make amends for their first innings failures. Each scored a century in a first wicket partnership of 242.

The pair alone put Australia in the lead. Langer scored 111 while Hayden 177 as Australia were bowled out for 417 in their second dig.

Out came West Indies openers Chris Gayle and Devon Smith. They began well, a solid partnership followed but were separated with the scorecard reading 48 when Gayle was dismissed by Brett Lee.

They slipped to 74/3 before Lara led the recovery with Ramnaresh Sarwan.

Lara struck another fifty before departing.

Sarwan and Shivnarine Chanderpaul then pushed the forward. However, another brief collapse followed. 288/3 became 288/6 as Sarwan departed after hitting 105 off 139.

For West Indies, Chanderpaul was still batting and he went on to score a century to taking them closer.

But with 46 to win, Lee struck again with the vital scalp of Chanderpaul.

No. 8 Omari Banks and No. 9 Vasbert Drakes held their nerves and proceeded to create history.

Banks, who was playing in only his 2nd Test, scored an unbeaten 47 while Drakes hit 27 not out as West Indies won by three wickets to set the world record for the highest chase in the format’s history. 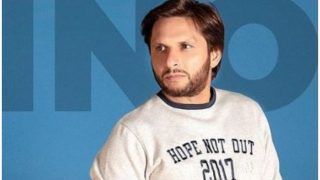