Pathan's allround show meant he bagged the Man of the Match.

Rajasthan Royals came into the tournament with promising cricketers in their side and they punched above their weight to make the final with an MS Dhoni-led side which had big match-winners. Going into the summit clash, CSK were billed as the overwhelming favourites, whereas their opposition, the Royals were the underdogs.

In the final at Mumbai, the Royals won the toss and had no hesitation in opting to field first as they were a side that had done well chasing throughout the tournament. CSK posted 163 for five in 20 overs and it did not look like a winning total. For CSK, Raina was the top-scorer with 43 off 30 balls apart from his knock, no other batsman got anything noteworthy. Yusuf Pathan with three wickets for 22 runs in four overs was the best bowler for the Royals.

Chasing 164 to win, the Royals got off to a disastrous start as they lost Niraj Patel for two runs. Swapnil Asnodkar, who had a good tournament, got off to a start but was dismissed for 28 runs. Kamran Akmal did not last long as he followed next for six runs. The game went down to the wire as Sohail Tanvir came up with the goods, hitting the winning runs off the last ball and taking the Royals over the line to help them clinch the inaugural IPL. Apart from Tanvir, Pathan delivered with the bat as well as he scored 56 off 39 balls. Pathan’s allround show meant he bagged the Man of the Match. 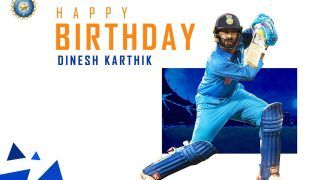