The inventor of the 'Dilscoop' is a fiery batter at the top of the order and a very improved off-spinner, to top that he is a livewire on the field.

Born October 14, 1976, Tillakaratne Mudiyanselage Dilshan is a veteran in a Sri Lankan unit in transition. The inventor of the ‘Dilscoop’ is a fiery batter at the top of the order and a very improved off-spinner, to top that he is a livewire on the field. Earlier he was known as Tuwan Mohamad Dilshan, and is a true multi-tasker as he also keeps wickets when the team needs him to do that for the balance. Dilshan retired from international cricket in September 2016. We look at 12 interesting facts that encompass the Sri Lankan legend.

1. Dil-scoop inventor: He is the cricketer who introduced the ‘dilscoop’, a shot that is frequently used. It is a shot, which carries a lot of risk where a batsman uses the pace of the ball to get it behind the wicket beyond the keeper, and is considered to be a high percentage shot.

Here is a demo:

2. Awards: In 2009, he was named as the World Twenty20 (T20) Player of the Series. His knock of 96 off 57 balls won the T20I Performance of the Year award. He has won seven Man of the Series award apart from being the Man Of the Match on innumerable occasions.

3. Ducks: Apparently Dilshan has the second most number of ducks in the shortest format and has not got off the mark 10 times in 80 matches. He also has the joint-most ducks in World T20s. He is tied at 5 alongside Shahid Afridi.

4. Conundrum over religion: He was born to a Muslim father and a Buddhist mother but later converted himself to a Buddhist at the age of 16 and kept his first name Dilshan as his last name.

5. Sub-continental king in bilateral series: Against New Zealand, he scored 392 runs in 2015 in the series, which made him the highest run-getter as an Asian batsman in a series away from home.

6. Peaked in tri-nation face-off: The Sri Lankan run-machine scored 513 runs in the CB series in the year 2012-13 making him the highest subcontinental run-getter away from home in a tri-series.

7. Ton in all formats: This is a very notable stat showing the versatility of Dilshan in all formats, he is the only Lankan who has recorded a century in all the three formats in international cricket.

8. Most runs in 2011 World Cup: In 2011 World Cup, he emerged as the highest run-getter. He scored 500 runs in nine matches, which included two hundreds and two fifties.

9. Six fours in one over: Like many records he holds, this is one is one of the most unique ones. Dilshan hit six consecutive fours in an over against Mitchell Johnson of Australia during the World Cup 2015 match.

10. Marriage issue: Dilshan got married to Nilanka Vithanage but they soon fell apart. They have a child named Resadu Tilakaratne. Then his wife filed a case asking monthly money from Dilshan for the kid. His ex-wife is now married to Sri Lankan cricketer Upul Tharanga. Dilshan is currently now married to Manjula Thalini who is a tele-actress. He has two daughters and one son from his second marriage.

11. ‘Starfish’ and fan of tennis ball cricket: Dilshan recently spoke to The Indian Express and let out his glee on the shot he popularised.

I seriously didn t think that the shot will have such an impact on me, or it will be named after me. It makes me proud, and I can tell my children that there s a shot named after papa. A stroke named after a Sri Lankan in a game played for centuries by the Englishmen and Australians, Dilshan said. It was a shot that I used to play a lot during my childhood days (in Kalutara) in tennis ball cricket. The boundary behind was shorter and there was a lot of bounce too. But once I started playing proper cricket, I never attempted it even at the nets. Then suddenly it struck me, why don t I try this shot?

It was Chandika Hathurusingha, who further polished Dilshan s signature shot. His teammates named it the Starfish , for you have to have no brains to play a shot like that .

Nobody, fortunately, asked me why I am playing the shot. In Sri Lanka, nobody asks such questions, he said. Without tennis ball cricket, there wouldn t have been the Dilscoop or the slinger [Lasith Malinga’s signature action]. We poor boys are not the products of the system.

12. For a cause: Along with Muralitharan, he is part of a team, which looks to combat kidney-related diseases. Dilshan is also public supporter of Mahindra Rajapaksha, which has garnered mixed responses from his fans. 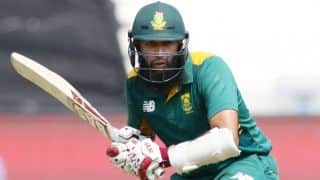