Tony Greig: 17 interesting things to know about the legendary all-rounder and commentator

Tony Greig: 17 interesting things to know about the legendary all-rounder and commentator

Tony Greig, born October 6, 1946, is one of the most recognisable names in cricketing history.

Tony Greig, born October 6, 1946, is one of the most recognisable names in cricketing history. Towering over his teammates at an imposing 6’6″ height, Greig was one of England’s greatest all-rounders, an astute captain, a controversial figure, and later one of the most beloved commentators of the game (known for such eccentricities as wearing a panama hat and using his car keys to show how hard the ground was during pitch reports). On the 69th anniversary of his birth, Shiamak Unwalla lists 17 interesting things to know about the legendary all-rounder and commentator.

1.  Scottish roots in South Africa: Born in Queenstown, Cape Province, to a Scottish father and a South African mother, Anthony William ‘Tony’ Greig later played for England due to his father’s Scottish heritage.

3.  True all-rounder: The true embodiment of the term ‘all-rounder,’ Greig was equally proficient with both bat and ball. Moreover, he was able to bowl both medium-pace and off-spin with equal efficiency. He is one of only three English all-rounders with the 3,000 run-100 wicket double, the other two being Ian Botham and Andrew Flintoff. Among the three, Greig’s batting average of 40.43 is by far the highest, while his bowling average of 32.20 is better than Flintoff’s (33.34) but not as good as Botham’s (28.40).

5.  An excellent debut: Greig’s Test career kicked off in grand fashion, with a victory in the first Ashes 1972 Test at Old Trafford. Batting first, Greig top-scored with 57 as England were bowled out for 249. Australia were succumbed for 142 in reply, with Greig taking the wicket of Australian captain Ian Chappell. Greig was not done yet; he top-scored again in the second innings with 62 as England set Australia 342 to win. He then went on to get rid of Keith Stackpole, Doug Walters, Rod Marsh, and Jack Gleeson to finish with 4 for 53 as England won by 89 runs.

6.  Controversial from the start: Greig was known as an extremely controversial figure, and he got that reputation quite early. On England’s 1974 tour of West Indies, he ran Alvin Kallicharan out for 142 off the final ball of the day. The circumstances caused an immediate uproar. Derek Underwood bowled the last over of Day Two to Bernard Julien. The final ball of the day was hit just wide of Greig at silly mid-off. He chased after it, picked it up, and threw down the stumps at the bowler’s end. Greig claimed to have been unaware that the day’s play was called off; he simply saw a run out chance, and took it. The umpire declared Kallicharan out, and the stands erupted in disgust.

Needless to say, Kallicharran and the Trinidadian spectators were absolutely livid. Since it was the final ball of the day, members of the West Indies Cricket Board (WICB) went and spoke to England captain Mike Denness at the end of play. The two parties mutually agreed that it was in keeping with the spirit of the game for Kallicharan to resume his innings on Day Three (although Denness would later say that he feared for the safety of his team had he declined). Greig was later urged by England’s team manager to go up to Kallicharran and shake his hand on Day Three to placate the spectators. It was not the last time Greig ended up upsetting West Indians…

7.  Grovelling: A strong West Indies side that had recently annihilated the visiting Indians were to tour England in 1976. The media buzz ahead of the tour was that the West Indians would possibly be favourites despite England’s home advantage.

This did not sit well with Greig, who said in an interview ahead of the series, “I like to think that people are building these West Indians up, because I am not really sure they’re as good as everyone thinks they are…Sure, they’ve got a couple of fast bowlers, but…you must remember that (if) the West Indian get on top they are magnificent cricketers, but if they’re down, they grovel. And I intend, with the help of Closey [Brian Close] and a few others, to make them grovel.”

The fact that Greig, a white South African-born English captain, had used a term that meant “to lie or crawl abjectly on the ground with one’s face downwards” to talk about Black West Indians was immediately looked at as a racial slur, though Greig maintained that he did not mean it that way. West Indian skipper Clive Lloyd was willing to give him the benefit of the doubt, but a number of his players were not. What followed was pure carnage; Michael Holding, Andy Roberts, and Wayne Daniel made the English batsmen hop to their tunes, and the batsmen — led brilliantly by Viv Richards — ended up massacring the English bowling.

In the end, Greig won some favour with the West Indian section of the crowds by doing what he had predicted West Indies would: grovel. At the end of the series, he moved forward a few paces on his knees, thereby literally “grovelling” at the West Indians.

8.  Charismatic leader: Greig was an astute and charismatic leader, despite winning only three and losing five out of the 14 Tests he led England in. Of course, three of those came in the aforementioned “Grovelling” series. Despite this, he was widely respected for his captaincy and leadership. He was credited for handing Mike Brearley a good team when he was replaced as captain…

9.  Packer’s player: The reason Greig was replaced as English captain was because he defected to Kerry Packer’s World Series Cricket. Greig was the biggest name Packer signed on initially, and it was largely through Greig’s influence that some of the biggest cricketing stars of the world came together to play for Packer.

Arunabha Sengupta recounts Greig saying, “My meeting with Kerry Packer, five days after the Centenary Test on March 22, 1977, gives the best insight into how I felt at the time: ‘Kerry, money is not my major concern. I’m nearly 31-years-old. I’m probably two or three Test failures from being dropped from the England team. Ian Botham is going to be a great player and there won’t be room in the England Test side for both of us. England captains such as Tony Lewis, Brian Close, Colin Cowdrey, Ray Illingworth and Mike Denness all lost the captaincy long before they expected. I won’t be any different. I don’t want to finish up in a mundane job when they drop me. I’m not trained to do anything. I went straight from school to playing for Sussex. I am at the stage in my life where my family’s future is more important than anything else. If you guarantee me a job for life working for your organisation I will sign.'”

10.  A curious anomaly: Greig’s batting record is noteworthy in his home-away average is skewed the ‘wrong’ way; he is one of the very few batsmen to have a significantly higher away average (46.92) compared to his home average (34.63). In fact, Greig’s home average is his lowest among all countries he has played in. He averaged 38.84 in Australia, 51.71 in India, 51 (though it was in only one innings) in New Zealand, 52.20 in Pakistan, and 47.77 in West Indies.

11.  Commentator par excellence: Cricket fans born after the late 1970s would instantly recognise Greig’s characteristic voice. He is widely regarded as one of the best cricket commentators of his era, and one of the best ever. He was often humorous, always insightful, and managed to inject life into proceedings without going overboard (*ahem*Danny Morrison*ahem*). He formed an engaging banter-filled on-air partnership with Bill Lawry, and along with Richie Benaud was one of the most respected commentators with Channel Nine.

12.  Sharing his birthday with a fellow great: Coincidentally, Greig shared his birthday, October 6, with fellow commentator Benaud, though Benaud was born 16 years before Greig in 1930.

13.  Overcoming epilepsy: Few people knew it during his playing days, but Greig suffered from epilepsy since a young age. He was diagnosed at the age of 14, and was on medication ever since. He suffered a couple of attacks early in his cricketing career, but they were explained off as heat strokes and other such afflictions thanks to his sympathetic teammates and team managers. He was later able to predict an attack due to an “aura,” which he called a “funny feeling” that would warn him of an attack in advance.

14.  Bout with cancer: Toward the end of his life, Greig was diagnosed with lung cancer. He said, “It’s not good. The truth is I’ve got lung cancer. Now it’s a case of what they can do.”

15.  Sad demise: Greig passed away on December 29, 2012, at St Vincent’s Hospital in Sydney after suffering from a heart attack.

16.  Tributes abound: According to Sydney Morning Herald, Richie Benaud said of his friend and colleague: “I found him a fellow full of courage; that was before he was ill. He was full of courage because of many things that had happened to him in his cricket life and his outside life as well. It’s one of those things where we know this was inevitable but there’s always a sadness when you see a good friend go.”

Ian Botham said: “He was my first-ever captain for England. I’m very sad and very emotional,” Sir Ian Botham said. “He changed cricket for everybody as we know it now. The game suddenly leaped forward and players started to get paid more substantial amounts. The players of today have a lot to be thankful for in Tony and Kerry Packer.”

BBC cricket correspondent Jonathan Agnew said: “He was a massive character. Whatever he did, Tony was huge – as a character, as a man, as a cricketer.” 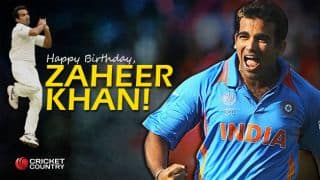