Graham Anthony Richard Tony Lock, born July 5, 1929, was one of England s finest ever spinners. A stalwart in county cricket, Lock also had a productive Test career. Shiamak Unwalla looks at 15 interesting facts about the man who prevented Jim Laker from taking 20 wickets in a Test.

1. An immortal partnership: Tony Lock was one half of one of the most successful spin duos in Test history, the other being Jim Laker. While Laker was an off-spinner of subtle variations, Lock was a tireless left-arm medium-pace spinner who could get massive turn while darting the ball in.

2. Spoiling the perfect 20: In a fateful Ashes Test at Old Trafford in 1956, Laker took the first two Australian wickets to fall. Lock took the third, but Laker proceeded to take the remaining 17 Australian wickets in the match. Laker finished with match figures of 19 for 90 a record unsurpassed before or since. Had Lock not taken that wicket, Laker could have ended up with 20 in the match.

3. An excellent catcher: Lock was an exceptionally brilliant fielder who took 831 catches in 654 First-Class matches the third highest in First-Class history.

4. Questionable action: The one major hindrance to Lock s career was an action that bordered on throwing. He was sometimes no-balled while bowling his faster ball, and even stopped bowling the delivery altogether for a while.

5. Remodels galore: Lock s first bowling action was with a high arm, but as a result he could not get a lot of turn. He proceeded to remodel his action (this would be the first of many tweaks) and returned bowling a much flatter trajectory which enabled him to extract far more turn. However, as a result he was called for throwing three times on Test debut. During the 1952 county season, a displeased Doug Insole enquired of the umpire, How was I out then run out? after getting bowled by Lock.

6. Ashes Hero: Lock and Laker were the protagonists of England s first Ashes triumph in 19 years. The first four Tests of the 1953 Ashes ended in draws. The fifth Test at The Oval saw Australia getting bowled out for 275 batting first with Alec Bedser and Fred Trueman taking seven wickets between them. Lock and Laker took a wicket apiece. England responded with 306. With Bedser and Trueman not causing any trouble in the first few overs, Len Hutton threw the ball to Lock and Laker. What followed was pure carnage, as Lock ended with five for 45 and Laker with four for 75 as Australia stuttered to 162. England won by eight wickets and finally regained The Ashes.

7. A final hurrah with the bat! In what proved to be his final Test, Lock played his finest ever knock in First-Class cricket. After 150s from Rohan Kanhai and Garry Sobers propelled West Indies to 414, Geoff Boycott dug deep for 116, while Colin Cowdrey fought it out for a 240-ball 59. At 259 for eight, things looked dicey for England. Then Lock and Pat Pocock added 109 (Pocock contributed 13), as Lock ended up with a memorable 89. His innings proved to be invaluable, as England finally managed to secure a draw with one wicket remaining.

8. Forever the bridesmaid: With 10,342 First-Class runs, Lock holds the unwanted record of most runs without a century. His 654 First-Class games brought him 27 half-centuries, but he never scored more than the 89 he made in his final Test.

10. Surrey stalwart: The Lock-Laker partnership that tormented batsmen for years at the Test level also anguished batsmen in county cricket. Both men played for Surrey, and were major factors in Surrey s seven-year dominance where they won the County championship every season between 1952 and 1958.

11. Move Down Under: Toward the latter stages of his career, Lock made a move to Western Australia. He was initially a part of the team while on tour to Australia in 1962, but would go on to captain the side after five years. He also became the first bowler since World War II to take 50 or more wickets in a Sheffield Shield season.

12. In the hallowed top 10: With 2,844 wickets,Lock sits at the ninth spot in the list of 10 leading wicket-takers in First-Class cricket.

13. The characteristic appeal: So loud and throaty was Lock s appeal that an old joke went around during his playing days: When Lock appeals at The Oval, someone s out at Lord s.

14. Controversial allegations: Late in his life, Lock faced two separate accusations of sexual abuse. He was cleared on both occasions, and his son Richard later said that the Western Australian police took advantage of his fame to gain publicity for their stance against sexual abuse.

15. A sad end: The strains of the allegations took a toll on both Lock and his wife. His wife passed away of a heart attack a couple of months after the allegations. In the meanwhile, Lock was diagnosed with cancer. He had to sell some of his cricketing memorabilia in order to keep abreast with the legal costs. Lock passed away mere months after being declared innocent of all charges. 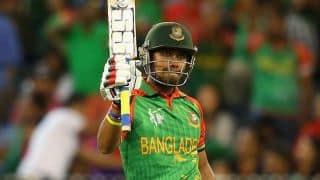 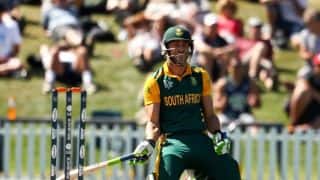