Too simplistic to blame IPL for every problem in Indian cricket

Too simplistic to blame IPL for every problem in Indian cricket

The Indian Premier League (IPL) is a popular target for the growing numbers critical of India’s failures in successive tours of England and Australia. It is an issue that divides some of the finest minds of the game, with nothing conclusive to slam the T20 league as the jack of all evils. 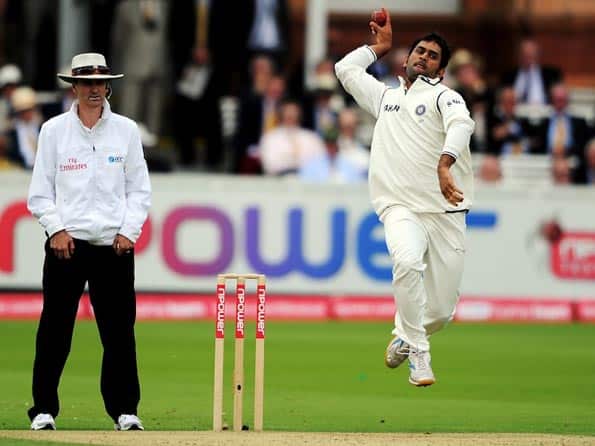 The Indian Premier League (IPL) is a popular target for the growing numbers critical of India’s failures in successive tours of England and Australia. It is an issue that divides some of the finest minds of the game, with nothing conclusive to slam the T20 league as the jack of all evils.

It’s unfair to blame the IPL for India’s shortcomings Down Under. The tournament finished in May and India have played quite a few series’ since then, as Rajiv Shukla rightly said. Since the end of the T20 tournament, India have toured West Indies and England before arriving in Australia. They also hosted England and the West Indies at home. The gap between the Australia tour and the IPL is humongous and the players would have easily adjusted to the longer formats.

Since the start of the West Indies tour in June 2011, India have played only three T20 internationals. The sporadic T20 fixtures wouldn’t have affected the players as they have been majorly involved in Test matches and One-Day Internationals (ODIs).India did well in the Caribbean and were strong during the home season. They have been horrendous only in the testing conditions of England and Australia. The defeats have much to do with poor preparation, planning and foresight.

India’s nightmare in England can, however, be attributed to overemphasis on the IPL. The West Indies tour commenced a few days after the IPL final was played in Chennai. It meant that a number of players had opted to rest after a gruelling season which saw them being crowned as World Cup champions.

Perhaps the highs of the World Cup led them to believe that they could get away with such requests. There were a few injuries which surfaced as the IPL drew to a close. That prompted questions about the priorities of some of the players. As these players landed in England, they looked rusty. Others who arrived directly from the Caribbean looked tired.

The two international tours were scheduled back to back immediately after the IPL which left many of them with no room to breathe. Had there been proper scheduling without compromising international cricket, India wouldn’t have found themselves in a disastrous muddle in England. The team then had tired as well as rusty players which is a suicidal combination for any squad.

The IPL seems to be a favourite pick probably because the approach of the Board of Control for Cricket in India (BCCI) supposed money-minded approach irks the old timers. Players opting out of tours, improper injury management etc. exposed the dark side of the T20 tournament and sparked off the ugly “Country vs Club” debate. The long-drawn schedule left little leeway for practice games on subsequent tours and the players were found wanting in alien conditions.

While the IPL is important in building India’s financial clout in world cricket, the BCCI has to realise that it has to strike a balance and ensure that India’s international commitments aren’t affected before or after the said tournament. The long tournament and the overdose of T20 creates the illusion of it superseding the higher purpose – Test cricket.

The Australian Big Bash League is the prime example of proper management. Prior to India’s arrival Down Under, many Australian players turned up for their respective sides and then reported in time for the Test series. The players weren’t permitted to play for their respective club sides in between the Test matches. However, an exception has been made with a few at the end of the Perth Test only because of the huge gap between the third and the fourth Tests.

When one looks at this model, it gives one the impression that the players are willing to strike a balance, the club sides and the national board are working together in the higher interest. Whereas, during the IPL, commercialisation eclipses the contest between bat and ball which makes it look as if it is the be-all and end-all of Indian cricket.

In a nutshell, the IPL cannot be picked up as THE reason for everything that ails the sport in India. India’s cricketing woes have a lot to do with systemic flaws. IPL is just the visible portion of the problematic the iceberg. It would be silly to just see the tip of the iceberg and ignore the iceberg itself. Let’s not forget that the mighty Titanic sank not because of a small slab but an entire block of ice!