It took 353 days for England to secure their first Test wins since winning the Ashes.

It took 353 days for England to secure their first Test wins since winning the Ashes. Abhijit Banare looks at some cricketing history scripted in between the two Test wins some of which involves England on the wrong side of the results.

This Test win at Southampton has helped England level a series but it would certainly be the longest chapter in Alastair Cook’s autobiography. Just less than a year ago, all was well for England with an emphatic 3-0 Ashes win. But cricket can be a cruel game; Cook’s form turned worse, the captaincy more conservative and the results for England were equally disastrous. A lot has gone by in cricket and rest of the sports since England last won a Test on August 12, 2013. Here are some cricketing achievements. Among the memorable moments include Sachin Tendulkar’s retirement, the Ashes whitewash and others. Meanwhile, for those of you still thinking why it doesn’t merit an article on achievements between India’s two overseas Test win, it might be a separate book in itself!

August 25, 2013. Back-to-back Ashes wins for England – 2009, 2010-11, 2013. Though England as a team weren’t convincing in this series, their pacers and Ian Bell with 562 runs were enough to sink Australia. The Aussies were whitewashed in their previous Test series 4-0 and looked hapless against the hosts It could have very well been 4-0 here as well if the umpires hadn’t walked off for bad light at The Oval.

September 19, 2013. 22 years after Durham secured a First-Class status, they managed to win their title in county championships as they defeated Nottinghamshire. The team came victorious against all adversities under the captaincy of Paul Collingwood. Without some of their key players, no overseas player, absence of their head coach Geoff Cook, Durham managed to register their personal best of 10 wins in a season.

October 6, 2013. The penultimate time Sachin Tendulkar and Rahul Dravid were seen together on the field but in rival teams. Dravid leading the Rajasthan Royals was up against Mumbai Indians in the final of the Champions League T20 2013. With the maiden Indian Premier League title under their belt, Mumbai bagged their second CLT20 title.

November 16, 2013. One of the greatest batsmen the game has witnessed finally called it a day. 24 years, 200 Tests, 15,921 runs, 100 international centuries and the numbers go on. West Indies were called for a two-Test tour to India delaying the Indian tour to South Africa. In his final test innings, Tendulkar scored 72 under pressure in front of his home crowd in a jam-packed Wankhede Stadium. It was a carnival in itself until tears of joy flowed when the maestro gave his farewell speech thanking each one who contributed to such a glorious career.

December 22, 2013. England’s backbone in the spin department brought a premature end to his cricketing career in the midst of the Ashes while his team was being drubbed by the hosts. Swann felt it would’ve been selfish on his part to stay in the team while he knew that his body wasn’t supporting him for the longest form of the game. England have been struggling to find a decent spinner ever since and seem o have settled with Moeen Ali, one of the heroes of their Test win at Southampton against India.

January 5, 2014. Aussies return the favour in style. Mitchell Johnson rips apart England with the short balls to complete a clean sweep. Australia were equally dominating with the bat as David Warner and Brad Haddin topped the run-charts. England had their casualties after the series with Andy Flower stepping down as head coach and all the blame game led to the ouster of England’s finest talent Kevin Pietersen. This was the beginning of the nightmare for skipper Alastair Cook which lasted for another seven months.

April 7, 2014. A fitting farewell from the shortest format for their two warhorses – Mahela Jayawardene and Kumar Sangakkara. This was their first World Cup win in either format since 1996. They faced heartbreak thrice losing to Pakistan in 2009, West Indies in 2012 and in the 50-over World Cup to Australia in 2007 and India in 2011. They finally managed to beat the in-form team – India in the final convincingly.

June 22, 2014. Exactly 200 years before, the first match was played at Lord’s between Marylebone Cricket Club (MCC) and Hertfordshire. MCC announced a series of matches and events as part of its celebrations. The fanfare got a fitting end with the legends in the game making a return to the field with Sachin Tendulkar leading MCC and Shane Warne leading Rest of the World. Brian Lara, Rahul Dravid, Adam Gilchrist and others were a delight to watch at Lord’s.

June 25, 2014. They did win a lone Test in 1998 but this was their first Tests series win in England. The victory at Headingley had all the drama to enhance the value of Test cricket with Lanka winning in the penultimate ball of the match when Shaminda Eranga got the better of a stingy James Anderson. Certainly, the summer under Peter Moores as coach came under pressure and captain Cook kept accumulating the pressure. The calls for him to step down only multiplied. But Lanka put up a laudable performance as their pacers hardly had any experience.

July 28, 2014. More than the series win, it was the victory in a new era for Proteas which made it special. After the retirement of Graeme Smith, Hashim Amla was appointed to lead – the second colored captain for the country in cricket. Amla looked at ease leading and also went on to score a century. But it was a thrilling end as South Africa grinded the Lankan spinners on a turned scoring 159 for right in the final day to eke out a draw after convincingly clinching the first Test.

July 30, 2014: The greatest all-rounder for the young generation retired from all forms of the game. He had opted to quit Tests after the series against India but he took the tough call of sacrificing playing another World Cup. “I realised in Sri Lanka that my dream of playing in a World Cup was a bridge too far. Ï just knew on that tour that I was done. The squad that was in Sri Lanka is an amazing one and I believe they have a good chance of bringing the trophy home in March.” Were the words of Kallis as he announced his retirement.

July 21, 2014. Well over 1000 days since their last overseas win, India do it in style with a victory at Lord’s. This was only their second Test win at Lord’s with the previous one being under Kapil Dev in 1986. Co-incidently, both matches involved the success of Sharmas with Chetan Sharma (5/64) in ’86 and Ishant Sharma (7/74) in 2014. It was a relief for skipper MS Dhoni as India registered their first overseas Test win since they last won against West Indies in 2011. 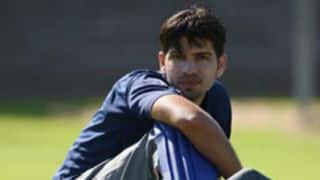 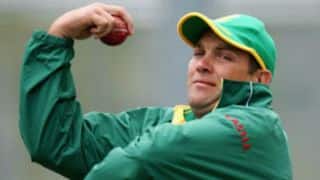