The upcoming series between India and Australia in India may even see either of them topple South Africa from the top spot in ODIs.

India are very close to leapfrogging past World Champions Australia in ICC ODI Rankings. Currently placed at No. 3, India are behind South Africa and Australia. The upcoming series between India and Australia in India may even see either of them topple South Africa from the top spot. India’s perennial strength has been batting. The arrival of quality bowlers and world-class fielders has seen India improve drastically in this format. India came very close to lift the Champions Trophy for the second consecutive time but were thoroughly outplayed by Pakistan in the final. However, India had gone into the tournament as favourites along with hosts in England. ALSO READ: Top 5 Indian batsmen and bowlers in Tests

India’s honeymoon in bilateral series continued. The recent 5-0 routing of Sri Lanka marked India’s fifth consecutive bilateral series win (after beating Zimbabwe in Zimbabwe, New Zealand and England at home and West Indies in West Indies). A collective team effort has seen India scale new heights in the 50-over format. India have five batsmen and five bowlers in the top 30 in ODI rankings in either discipline. Skipper Virat Kohli, currently chasing the title of the greatest ever ODI batsman, continues to lead the ranking in this format.

Other superstars include Rohit Sharma, who slammed 2 centuries in the Sri Lanka series. Despite the criticism, MS Dhoni continues to impress in the rankings. He was not dismissed in the Sri Lanka series and scored 167 runs, notching up one record after another. Shikhar Dhawan’s phenomenal show since the beginning of the Champions Trophy has helped him to the 14th spot.

The interesting bit is even India’s fringe players rank in the top 30. Ajinkya Rahane, Man of the Series in the West Indies ODIs, got only 1 match in Sri Lanka. However, he is at 28th spot, a spot below David Miller.

Jasprit Bumrah leads the bowling charts. His 15 wickets in Sri Lanka won him the Man of the Series. He is also the fourth-ranked bowler in this format, below Australian spearhead Mitchell Starc. Quite interestingly, the next best ranked Indian bowler is Akshar Patel (at No. 10), yet another person looked as a fringe bowler.

Bhuvneshwar Kumar is at No. 14, followed by the spinners Ravichandran Ashwin and Amit Mishra. It is surprising that Mishra is suddenly out of national contention. His last ODI fetched him a Man of the Match award, and he also won the Man of the Series. That was way back in October 2016, against a visiting New Zealand. 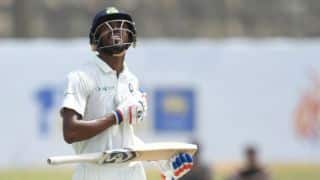 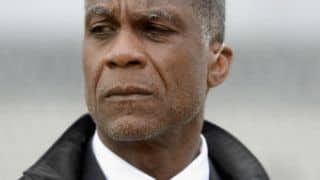