England could not have got any other man better than the resolute Trevor Bayliss to shoulder the falling empire.

The expertise and record that Trevor Bayliss enjoys as coach in limited-overs cricket helped him bag one of the most high-profile coaching jobs in international cricket. Devarchit Varma opines his knowledge alone will not be enough to turn around England’s fortunes.

It is indeed a very shrewd move. England could not have got any other man better than the resolute Trevor Bayliss to shoulder the falling empire. The pragmatic Australian enjoys a terrific record with almost all teams he has been associated with, and one would only hope that England rise from the time he takes charge, and there are overall improvements seen.

The idea behind hiring Bayliss over the other men like Jason Gillespie, who were as good as anyone in the race to become England coach was very simple: to take charge of the deteriorating England cricket and to chart a revival plan for the shorter formats. By the look of things England are generations behind the top contemporaries like India, Australia and South Africa, and with two out of three global tournaments slated in their backyard, England better pull up their socks and get ready for the competition. Read: Trevor Bayliss suits as England head coach, feels Matt Prior

In the next four years there will be three global tournaments — ICC World T20 2016 in India, ICC Champions Trophy 2017 in England and the ICC Cricket World Cup 2019, also in England. The abasement that England went through in the 2015 World Cup, a tournament in which top sides took the level of the sport couple of notches higher, cannot be forgotten. England could do nothing but watch the rest in disbelief.

England are far more settled in Test cricket compared to the shorter formats, and with these tournaments lined up, they have some serious backroom work to do. Indeed, there could be no other better man like Bayliss scouring over the proceedings, but the simple fact that a coach can only help the players prepare, and not perform for them, cannot be forgotten.

Bayliss may be a tremendous coach in his capacity but his methods cannot turn a Joe Root — an excellent batsman as per the rule book — into a marauder of the bowling attacks. Bayliss also cannot convert a modest Ian Bell into a dangerous middle-order batsman, like, say, AB de Villiers, or Glenn Maxwell, or Suresh Raina. Read: Trevor Bayliss confirmed as new England head coach

The game has evolved far more than what England can fathom. Top limited-overs sides boast of both: quality batsmen who can score at a brisk rate in the middle-order as well as those who can maul any sort of bowling attacks on their day. Bowlers, too, have turned smarter to remain safe from the mayhem they produce. When measured on these terms, England have a lot of shortcomings.

The limited-overs specialists in England like Luke Wright and Alex Hales are nowhere close to being regular members in the team. In fact, the absence of a 50-over competition in England is a massive reason why they do not excel in that format.There are no street-smart bowlers who can at least stem the flow of runs. England’s present Test bowling attack looks imposing, but the attack looks pedestrian in the other formats. England have a long way to go in order to get to a stage where they are winning similar number of times across formats.

To pin hopes on a coach who has had an excellent record is nothing wrong, but England must realise the kind of firepower Sri Lanka had in 2011 when they went into the World Cup final, or what brand of cricket Kolkata Knight Riders (KKR) play in the Indian Premier League (IPL) that propelled them to win the title twice in three years. New South Wales (NSW) have for long been known as the den for future Australian Test cricketers; the NSW success also has to do with the culture in the state.

The appointment of Bayliss is certainly a shrewd move by England. His presence in the opposition camp will certainly force Australians to go through their plans again. But at the end of the day, a coach can only prepare players to be their best, and not win the matches. England have a very long way to go in terms of reaching a level where their overall cricket is acceptable. Read: Trevor Bayliss England job has made Ashes 2015 difficult for Australia, feels Darren Lehmann 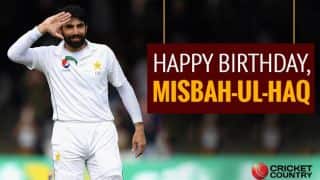