Former Pakistan pace bowler Mohammad Zahid writes about Pakistan's fantastic victory in the ICC Champions Trophy 2017 with the help of some talented youngsters, why Umar Akmal is no longer needed in the team and more.

In his latest blog on PakPassion.net, former Pakistan pace bowler Mohammad Zahid writes about Pakistan’s fantastic victory in the ICC Champions Trophy 2017 with the help of some talented youngsters, why Umar Akmal is no longer needed in the team, what the future holds for the likes of Shoaib Malik and Mohammad Hafeez, and the beneficial role of the PSL in terms of the development of young talent.

Pakistan s incredible performance at the Champions Trophy: Firstly, I was absolutely delighted by the manner in which our team responded to the initial setback against India and went to on to become the title holders for this prestigious event. To be honest, given their form prior to the tournament and also in the way they played in the match against India, it did not appear that this team could go all the way to the final and win it.

What seems to have happened is that Pakistan were able to identify two weak links in their squad very early on. Once Wahab Riaz and Ahmed Shehzad were removed from the team, the whole outlook of the team changed. There seemed to be another level of energy in the squad and what also helped was the emergence of Hasan Ali and the fact that Mohammad Aamer was at his best as well. Then we were lucky to have found an excellent and aggressive opener in the shape of Fakhar Zaman. The team was united and they all looked the part and were working together, which was refreshing to see.

Rewarding the Champions Trophy winning squad needs to be within reason: I for one am pleased to see our heroes feted and rewarded for their fine performance in the Champions Trophy but there needs to be some balance in such affairs. It s good to see that the players are gaining financially from this victory and in a strange way, it may well get this desire to earn big out of their system sooner rather than later. But seriously speaking, we need to keep things balanced a bit as I am yet to hear about a government using taxpayer s money to reward sports-persons in this way!

Teams around the world come back after winning Olympic Gold medals and so forth but we don t see anything like that. Remember that these cricketers are paid well and are probably good earners by Pakistan standards so there really is no need for the Pakistan government to step in like this.

Having said that, I feel that our players deserve recognition for their achievements and also do not believe that there is any danger of any sort of corruption coming into play due to payments being offered to the players for their performances in the Champions Trophy.

Umar Akmal is no longer needed by Pakistan: Let me say that whatever happens, usually happens for the best and in that way whilst Umar Akmal s early departure from the tournament was worrying at that time, but it turned out to be a blessing in disguise as it allowed other players to step-up and be counted. ALSO READ: Umar Akmal vows to make stronger comeback

I am sure he will continue to play cricket in the future but given some of the current talent we have on display, I find it difficult to see why there is a need for him in the team in the future. The back-up talent we have in Pakistan at the moment is immense and it will continue to come-up. We have given Umar enough chances so maybe it s time to move on and look elsewhere for match-winners. I feel that Umar Akmal is no longer needed by Pakistan.

Very encouraging to see new talent been given a chance to shine: What really impressed me was the amount of young talent which was on display during the Champions Trophy and how they were given a chance to showcase their skills. We all knew about Shadab Khan s abilities and he did not disappoint and then we had an opener like Fakhar Zaman who gave a new edge to our batting.

We were also blessed by the likes of Faheem Ashraf who also stepped up in the warm-up game against Bangladesh and then later against Sri Lanka and also, he seems to have the ability to strike the ball hard. He is a good prospect as a batting all-rounder of the Abdul Razzaq type, which we dearly need. I am convinced that if we look carefully there will be many more such players in Pakistan who would be waiting for a chance to play for their country, which is great for Pakistan cricket.

Sarfraz s captaincy has been excellent but we need to give him time to prove himself: From what we saw of Sarfraz in the Champions Trophy, it appears that he has all the qualities that are needed in a good captain. He is a smart and intelligent captain and to be honest, you do not have any other choice to lead the Pakistan team. Now with the added responsibility of leading the team in all formats, it will be up to him to show the world what he is capable of. I see nothing wrong with the PCB s decision to appoint him as captain for all formats but the ball is in his court to ensure that he remains fit and continues to improve his skills. My advice would be for us to give him space to find his feet as captain. I feel that once he has played as captain for a year or two, he will himself figure out the forms of cricket he prefers to play in and then decide if he is suited for the role for all three formats or not.

Shoaib Malik and Mohammad Hafeez cannot last long in the new Pakistan team: I have always felt that Shoaib Malik s place in the Pakistan team has been questionable, regardless of his current form. The same can be said of Mohammad Hafeez. Of course, he played a brilliant innings in the final against India but I feel that was probably the peak of his career and he cannot repeat that again and again.

I do not think that there is a place for Hafeez in the future teams of Pakistan and I would say the same for Malik who can no longer be considered an all-rounder but simply as a batsman. There are plenty of new players who can step up and take the places of these senior players and that s the way it should be.

The emergence of Pakistan s fantastic fast-bowling resources: What we saw in the Champions Trophy in terms of emergence of bowling talent to me should not have been a surprise to anyone. This is something I have been saying for years which is simply that we need to carefully take care of our talent and good results will follow without a doubt. If we look at how we have treated the likes of Junaid Khan who has been in and out of the team for one feeble excuse after another by the management, then you will see what I mean. In fact, we were also told that Junaid was side-lined as he and Wahab Riaz were similar kind of bowlers which was simply incorrect. But all that is now in the past.

What we have now is an excellent right and left-arm combination in terms of Junaid Khan, Hasan Ali and Mohammad Aamer and if you look beyond the shorter formats, then we have an excellent bowler in the shape of Mohammad Abbas. My honest opinion is that Pakistan, as it stands now, has one of the best bowling attacks in the world. What is even more encouraging is that the emergence of the likes of Hasan Ali has set an excellent example for the upcoming Pakistan talent who can now use Hasan as a role model and an example to develop their own game. Those players playing domestic cricket can now see that if they perform well, they too can find a place in the national team. That in turn will put more pressure on the players who are in the senior team to perform better to retain their places. This is all great news for our national side.

Mohammad Aamer looked like a rejuvenated bowler: Aamer was criticised a lot in the lead-up to the Champions Trophy for what appeared to be below-par performances as there was a lot of expectations about him on his return to international cricket. What I saw in Aamer at the Champions Trophy after almost two-years since his comeback was a bowler who appeared to be rejuvenated and ready for a challenge. He was accelerating into his run-up to the crease and a bowler who was in full-form and rhythm and his bowling was a treat to watch for everyone.

PSL has had a big role in the discovery of new talent: The PSL came under some criticism for many reasons when it was introduced into Pakistan cricket. But there aren t many who will not give credit to the PSL for its role in the development of talented youngsters. What PSL has done has provided a platform for our younger players to showcase their skills in front of global audiences and to also learn from top quality international names as well.

In addition, PSL sides are playing an important role in discovering new talent around Pakistan by use of various talent-hunt programs. There is really no doubt in my mind that the PSL has played a key role in discovery of new talent and the proof of that talent and its utility in how we have performed in recent times. Virat Kohli: Only cricketer to average over 50 across formats, and more 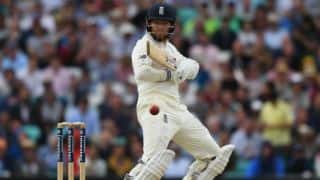