Umesh had picked up 14 wickets in four Tests during India’s disastrous 2011-12 tour.

Umesh Yadav is looking good before the ICC World Cup 2015. Umesh could be India’s best bet ahead of the big event if he manages to take care of his line and length with his speed. Varun Arora pulls out Umesh’s bowling records which reveal his growth as a fast bowler.

It was the final ball of the first over. Umesh ran in fast, pushing the wind apart, moving his arms in rhythmic motion and sprayed out the white ball from his hand. Kusal Perera who was on the other end of the crease made a valiant attempt to play at a good length delivery which screamed past him but instead edged it to Wriddhiman Saha. The ball was bowled at 144.2 kph and just took off after hitting brownish pitch of Hyderabad.

Umesh turned out to be unplayable that day. He had dismissed Kusal Perera in the Ahmedabad too. He was swift, nippy and motivated to cause the damage. He returned with career-best figures of four for 53. He has a total of eight wickets from the three matches he has played in the One-day International (ODI) series against Sri Lanka. He told the reporters after the Hyderabad ODI that he had learnt to control his pace and has learnt to keep a balance between the pace and length.

Umesh has been around with Indian cricket for more than four years now. He has played 37 ODIs, nine Tests and a lone T20 International (T20I). For a bowler with the ability to bowl consistently above the 140-mark, the figures are not that impressive.

In a country like India where fast bowlers are hard to find, Umesh is definitely an asset.  He has problems with recurring injuries and has been out of Indian squad for most of the time. He has also been a tad expensive in ODIs as he has often failed to control the pace he generates, often straying on the leg.

His ODI records for the past two years read:

Below is Umesh’s record in Australia (Tests)

Umesh’s 2013 numbers were not impressive, but he has looked far better and composed with his line and length this year and has also got wickets. As India head towards the ICC World Cup 2015, he will be India’s important bowling option on those quick wickets. He has a very good bouncer and has the ability to move the ball late which will help him in the Australian conditions. His numbers in Australia are also impressive (He had picked up 14 wickets in four Tests during India’s disastrous 2011-12 tour). 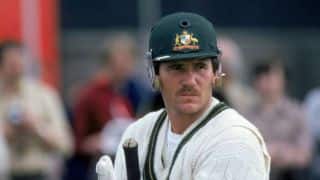