In introducing the controversial DRS at World Cup stage,

In introducing the controversial Umpire Decision Review System (UDRS) at the World Cup stage, cricket’s governing body has again invited criticism. It appears few will be content with the UDRS.

Of the 11 referrals made during the World Cup, the on-field umpire’s initial decision has been upheld on seven occasions. Not a bad success rate, you’d argue. But that isn’t telling you the full picture.

Until the Australia–Zimbabwe game, there had been eight referrals in four matches, with the umpire found on the wrong side just once. But during Australia’s innings, Zimbabwe’s first two breakthroughs came via referrals, after the on-field umpires had turned down lbw appeals against Brad Haddin and Shane Watson. Later that evening, Mitchell Johnson won an lbw shout after Asoka de Silva – who had a shocker of a match – turned down a plumb appeal.

That, however, isn’t the match during which the UDRS attracted criticism. At the spanking new stadium in Hambantota, during the 23rd over of Sri Lanka’s innings, Mahela Jayawardene went for a drive off Canada’s Jimmy Hansra. The captain-wicketkeeper, Ashish Bagai, collected the ball and immediately went up in celebration. However, there was no reaction from the on-field umpire. Bagai immediately asked for the referral, but replays were inconclusive and the initial verdict from the umpire was upheld.

In Hansra’s next over, there was another appeal by the Hansra-Bagai combination after Jayawardene went for another drive. This time, Bagai’s reaction for the referral was even more immediate than the previous one. But TV replays failed to capture a clear picture of the attempt. This happened due to a lack of complete UDRS availability.

The UDRS is only as good as the technology used to review a decision, and on that token there are flaws in the system being implemented in the World Cup. For the uninitiated, a vital part of the UDRS is Hot Spot, an infrared device regarded as the most reliable technology aid along with replays and trackers. Leading into the World Cup, the ICC had promised the installation of thermal cameras at all venues, but has failed to walk the talk. The ICC’s stance was that the Australian-based owners of Hot Spot, had strangely opted out of the World Cup and thus the thermal technology was unavailable.

The ICC has relied on UDRS and its use of Hawk Eye, a ball tracker, a super slow motion camera and a stump microphone. However, when it comes to edges, these have proven rather inconclusive. And that’s a glaring error. Hot Spot picks up nicks. Given that the World Cup is being played in India, Sri Lanka and Bangladesh, where the spectators make it very difficult for those on the field to decipher fine noises and deviations due to high decibel levels, Hot Spot would have definitely been an assured tool. Umpires now have to rely on snick-o-meter and slow-motion cameras.

If you’re going to use technology, then you have to use it in its entirety. If Hot Spot is the proven way to accept the UDRS as total, then it should have been at the World Cup. If it was unavailable, the ICC should have pulled the plug on the UDRS. It’s a simple formula: implement the system completely, with all the features all around the world, or put it on hold until you have those facilities at all venues.

The main criticism levelled at the UDRS stems from the fact that people expect it to eradicate all issues. That’s not the point of it. The UDRS is designed to eliminate the howlers, such as inside-edges given as lbws, catches off the thigh pad, and so on.  There have been a few umpires who have questioned the reliability of the UDRS; they claim it undermines the on-field umpires’ position. However, merely criticizing the system doesn’t address the problem from which it stemmed – the constant errors in judgment on the field. We saw what happened in 2007-08 during India’s tour of Australia. The West Indian umpire Steve Bucknor made some howlers and was publicly castigated. The BCCI ranted and raved. There was outrage among the fans. Bucknor was barred from officiating in games India played.

In order to prevent such scenarios, the UDRS was ushered in. It is aimed at correcting an umpire’s mistakes during the match and allowing batsmen and bowlers the opportunity to play on or get the wickets they deserve. Isn’t this a far better scenario than what unfolded in Australia?  Simply barring an umpire from playing when your team is involved doesn’t solve the problem. Boards are better served embracing the UDRS.

And that brings us to the system’s biggest and most vocal critic, the BCCI, which happens to be the game’s most powerful and influential board. The BCCI has so far been successful in blocking the full implementation of the UDRS where Indian cricket is involved, but with the World Cup being an ICC event there was no stopping its use. Yet.

Having watched first-hand the introduction of the UDRS back in 2008, when India toured Sri Lanka, it is all too evident that India haven’t come to terms with it. In that summer of Mendis, India won just one referral attempt in three Tests; Sri Lanka won 11. Instead of learning from this, India chose to oppose the system. But it must review its stance on the UDRS. Technology being used in all cricket, will improve it and make cricket fairer. There is too much at stake these days, and technology needs to be embraced.

The UDRS can work, and players and umpires can get along. It does not undermine the authority of an umpire. It may not be 100% accurate, but it does take away the scenario of one man left to second guess. However, the current system needs working on. There should be a separate TV umpire panel, independent from the existing panel of Elite Umpires. The TV umpire must think differently from on-field umpires. Having a regular umpire second guessing his colleagues on the field and making a decision based on what they would have done out in the middle is ridiculous. There need to be special TV umpires trained in the use of various tools to assist the on-field umpires.

Per the existing set-up, the TV umpire can advise the on-field umpires to overturn original decision when there is 100% compelling evidence. That in itself is a problem, because the UDRS is not ruling the correct decision. It is validating the on-field umpire’s decision. So, when there is no compelling evidence, a decision stays as given, be it wrong or right. That’s not a reasonable solution.

There are better days ahead for the UDRS, provided a few rough edges are polished. IPL – An entrepreneur’s notion or a glamorous commotion? 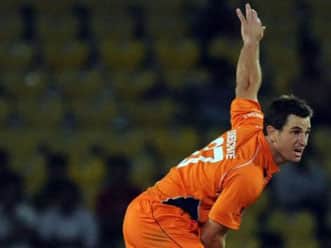