Varun Aaron, the India pacer, bowled a magnificent spell during the Indian Premier League (IPL) 2015 match between Royal Challengers Bangalore (RCB) and the Delhi Daredevils (DD). Nishad Pai Vaidya looks back at Aaron’s tough journey, which has been hampered by injuries, but the speedster continues to flaunt his main weapon.

Fast bowlers often cut down on pace as passage of time takes a toll on the body.  Varun Aaron and Umesh Yadav are exceptions in this regard; the two have not dropped their pace despite the challenges they have faced.  It’s only natural for a fast bowler to factor the wear and tear that the body suffers and put less strain on the physical resources to extend his playing career. Consequently, history has consistently seen bowlers move from express pace to rely on craft in the form of movement and accuracy.  It’s acceptance of realties and a natural progression in a fast bowler’s career life span.

Aaron at 25 is young, and Yadav is two years older. Still young by any standards, but their bodies have taken a beating. And in such moments, self-preservation is the foremost thought in a fast bowler’s mind. Consequently, drop in pace. But despite injuries striking him at regular intervals, Aaron has maintained his pace and has always said that he won’t compromise on pace.

Watching Aaron bowl with pace against the Delhi Daredevils was a sight to behold. Although he went for a few runs early on, he kept faith in his strengths and bowled with fire. Yuvraj Singh was foxed by one that left him at good pace. Coming off a good length, any batsman would have been in two minds as to whether to play or leave it. But, the delivery that stood out was the one that got Angelo Mathews. It climbed off the surface as the batsman fended it to mid-wicket. He was surprised by the extra pace and the bounce. Not quite the sight one gets to see from an Indian fast bowler. Aaron was quite deservingly given the Man of the Match for his efforts.

It hasn’t been an easy ride for Aaron to do what he loves doing. One has to go back in time to realise the nature of his problems. Following a back injury in 2011, Aaron had a tough road ahead and it took him nearly two years to get back on track. Back then, he was slated to go to Australia for the Test series and had made inroads in international cricket. Those plans were put on hold as he worked to strengthen himself. Instead, he had to deal with two stress fractures.

To avoid such problems, Aaron had to spend hours in the gym to strengthen his body. Not only that, but he had to modify his action, which is perhaps one of the toughest tasks for a bowler as the original action is part of the muscle memory. Speaking to this writer in late 2013, Aaron said, “There is a slight change in my action now. It is not big, but just a slight adjustment. I have a more open backfoot, as it points towards the batsman on the delivery stride. Ideally, it should be a little towards fine-leg, but I am still working on it.” When asked about pace, he said it has remained the same.

Aaron has lived up to his promise of bowling fast. All he needs to do is find consistency and bowl the way he did against the Delhi Daredevils. He is now kept out of India’s one-day side as he tends to be expensive. Once he corrects that anomaly, he could be a regular in all three formats of the game for India.

Sachin Tendulkar: 10 anecdotes that underlines the fantastic human being the maestro is 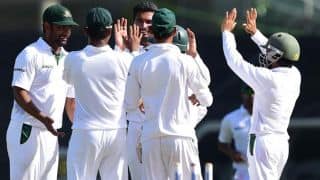 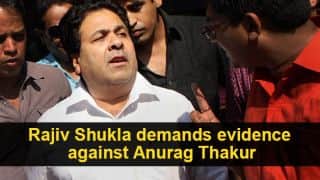