When a team tops the rankings, they cannot expect too much support outside their fan base. The Australian and Indian supporters know that feeling. Now, it is the turn of the Englishmen. Who knows… after this series, it could be the turn of the South Africans! 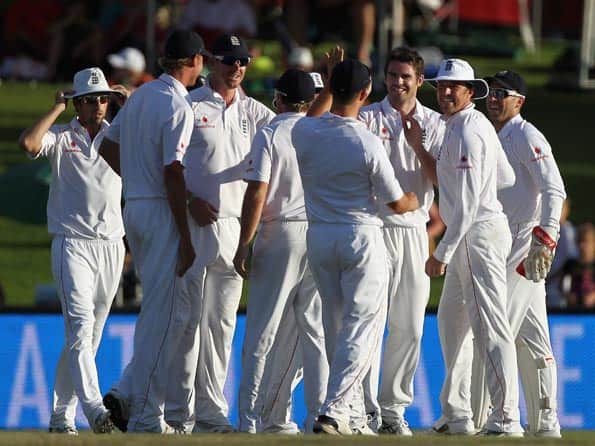 Following international cricket through Twitter and Facebook is sometimes more entertaining than the action on the field. The battle on social media can match or even better the intensity displayed on-field by the 22 players. While the contest may be between two teams, the online interaction features participation from fans of non-playing teams as well. This makes for an all-inclusive forum where you get perspectives and opinions of all kinds and where debates can stretch for hours and days after the match has concluded. In this context, the reactions following England’s huge loss to South Africa at The Oval, made for interesting observation.

The South African fans were understandably overjoyed, but they were not alone. Indian and Australian supporters, who have bore the brunt of England’s dominance in recent times, were blessed with a host of topics to mock the English team – the ease with which the No 1 team lost to South Africa, the impotency of their bowlers, the ineptness of their batsmen on a flat track and a favorite target – the English media. Understandably, the English fans were more subdued, with reactions ranging from muted acknowledgments of South Africa’s dominance to frustrations over performances of certain players, and even anger over the celebratory reactions by the ‘neutral’ fans.

Here’s why the English fans shouldn’t be too surprised over it all: It happens all the time. Not just with England, it happens with all top ranked teams. When you’re at the top, everyone will be gunning for you. That’s the most important factor. It happened with Australia in the 90s and early 2000s. It happened with India between the period of 2008 and 2011. If you’re top of the table, you are fair game.

There are additional factors too. The Australian teams were not liked because their in-your-face attitude combined with crushing performances, made it easy to hate them. As for the Indians, the perception was that they were a bunch of superstars who had risen to the top with the help of their arrogant board and their indifference to DRS was harming the game. With England, most of the disdain is reserved for the media, who can sometimes be very condescending of the opposition while England is on top.

There are three simple facts, which stand true for any sport:

1. Except for fans of the dominating team, everybody roots for the underdog. South Africa were not technically underdogs in this contest, but after day 1, when a familiar feeling of English dominance started to seep in, it looked like South Africa were under the cosh. That’s what made their win that much sweeter for non-English cricket fans.

2. Nobody likes an arrogant winner. For a neutral, most of the English players are hard to like. While the likes of Stuart Broad, Graeme Swann and Tim Bresnan are good players, they can come off as snobby thanks to some of their antics on the field. Not to forget the English media, whose gloating after Day One1 is pretty much the best example I can think of their condescending and holier-than-thou attitude. So, it is not exactly surprising that the English are not getting much love, now that they are down.

3. It’s always lonely at the top. When a team tops the rankings, they cannot expect too much support outside their fan base. The Australian and Indian supporters know that feeling. Now, it is the turn of the Englishmen. Who knows….after this series, it could be the turn of the South Africans!

As for Andrew Strauss and his men, it is a long road ahead. When they were made to chase leather on Days Three and Four, the complaints were: ‘It is a flat track and it had nothing for the bowlers’. Thus, when they capitulated in less than 100 overs on the fifth day, they left themselves open to ridicule, considering the upcoming tour to India where they will face similar tracks against an opponent who will be hell bent on revenge. So, Strauss will have to keep the big picture in mind, even as he leads his men in a battle against a red hot opponent to preserve their hold on the top ranking. Two former England captains quit in tears after disastrous series against South Africa. Will Andrew Strauss be the third?

(The writings of Benjamin Prabhu (Benny, aka tracer007) are products of a fanatical cricketing mind for over a decade and a half. After a brief stint in school cricket in the 90s, he decided that chasing a red ball around a field in white flannels as a substitute fielder was not really getting him anywhere. He subsequently entered medical school, where he spent half the time learning how not to kill a patient and the rest of the time, sharing his opinions about the state of international cricket to people who had no idea of what he was talking about. Since graduation, he is living in the US, where he chanced upon the world of cricket blogging; and in an instant, an idea to start a cricket blog shot through his brain ‘like a tracer bullet’ and (likeatracerbullet) was born)
First Published on
Last updated on July 30, 2012 10:59 AM IST
TOPICS:
South Africa England Graeme Swann Alastair Cook Tim Bresnan Andrew Strauss Stuart Broad Benjamin Prabhu Eng vs SA South Africa tour of England