Upul Tharanga showed enormous talent at a young age, but is yet to find consistency.

Upul Tharanga, born on February 2, 1985 is known for playing with a dash of freedom with a willow in hand. He is also an occasional wicketkeeper. But in the international arena, he has tended to waft between being brilliant one day and poor the next. Bharath Ramaraj looks back at his career.

Ever since the Sri Lankan opening batsman Upul Tharanga burst onto the scene and elevated his game to great heights in the Under-19 World Cup in 2003-04, he has been earmarked for success in the top echelons of the sport. However, in his international career, he has not been consistent enough.

It was in 2006 when Tharanga hit the headlines in the international circuit by notching up a slew of hundreds one after another. He started with a One-Day International (ODI) hundred against Bangladesh and then at Christchurch in New Zealand, he showcased that he wasn’t a flash in the pan. The left-handed opening batsman, with his flashing blade, pierced the gaps and played lofted shots with utmost ease. New Zealand captain, Stephen Fleming could only scratch his head in sheer frustration. The knock ended up in a losing cause, but Tharanga had sparkled and made a name for himself in the abridged form of the game.

It was during Sri Lanka’s tour of England, the same year that he was simply an irresistible force. In the first game at Lord’s, his century proved to be the telling difference between both sides. Yes, England’s bowlers bowled wayward stuff, but Tharanga’s ability to essay shots through the off-side at will caught the eye of cricket cognoscenti. He followed that up with another blistering century in the final game of the series at Headingley.

On a flat deck, he and the Matara Marauder, Sanath Jayasuriya clambered the English bowlers and helped Sri Lanka chase down a score in excess of 300 with plenty of overs to spare. When Jayasuriya and Tharanga spanked hapless bowlers, especially square of the wicket on the off-side, it seemed like volcano was erupting at Leeds.

He continued to be in red hot form during that year by accruing two more hundreds to his name. Unfortunately, for the next couple of years, Tharanga failed to reach those glorious heights. He had his moments in the sun. For instance, he held his own with a few good scores in the 2007 World Cup held in the Caribbean, but was largely inconsistent during that period. It was only at the end of 2009 that he amassed another hundred. It came against India in an ODI played at Eden Gardens, Kolkata.

As the years ticked by, there was an inkling that Tharanga was more of a minnow basher and struggled to make his mark against the big boys of cricket. To make it worse for him, he was embroiled in a drug scandal. In the ICC World Cup 2011, a urine sample collected from Tharanga was found to have metabolites of glucocorticosteroids. Tharanga explained to an independent anti-doping tribunal setup that he took it believing it was an herbal medicine for his long-standing shoulder problem. Luckily for him, the independent tribunal accepted his explanation.

It was said by the tribunal, “He had no intention to enhance his sporting performance or to mask the use of another performance enhancing substance, but that he had failed to satisfy the high levels of personal responsibility implicit upon him as an international cricketer subject to anti-doping rules”

However he was still banned for a three month period from all forms of cricket. Curiously, during the ICC World Cup 2011 he was in rip-roaring form. He struck two hundreds including the key century he made against England in the quarter-final game of the tournament when he and Tillekratne Dilshan took Sri Lanka to a crushing ten-wicket victory.

Just recently in the tri-series held in the West Indies that also involved India as the third team, he yet again showed his penchant to compile those monstrous hundreds. His knock of 174 not out and that mammoth partnership he stitched with Mahela Jayawerdene floored India into submission. Intriguingly, he created a world record for being involved in a partnership of over 200 runs on most occasions. It was the seventh time he was involved in a partnership of 200 runs or more and that in a crystal clear manner indicates that once he gets a start, he invariably converts it into a big score.

The 29-yeard old’s ODI record that reads as 5,228 runs at an average of 33.74 isn’t something to be proud of. Even his Test record of 713 runs at 28.52 isn’t anything to write home about. But at least in the ODI format, he has on many occasions carved a niche for himself by compiling those memorable hundreds which has turned the game on its head. From Sri Lanka’s perspective, he would continue to play those game-changing knocks for his country. 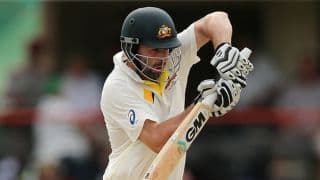