Aaron is the fastest Indian bowler after he clocked a speed of 153 kmph, which is roughly 95 mph, in the final of the Vijay Hazare Trophy in 2011.

Born October 29, 1989, Varun Raymond Aaron is an Indian fast bowler, famous for his menacing pace. As India fast bowler turns 26 on Thursday, Pramod Ananth look back at some of the things one must know about Jamshedpur-born pacer.

Aaron idolised great West Indies fast bowler Andy Roberts. He was drawn to Roberts’ pace and tries to emulate him even today. Aaron constantly bowls at speeds around 90 miles an hour, which has resulted in many injuries.

Aaron has been a part of the MRF Pace academy since the age of 15 and in his first year made it to the Jharkhand Under-19 team. He soon played for East Zone and was part of the India Under-19 camp as well.

Aaron is the fastest Indian bowler after he clocked a speed of 153 kmph, which is roughly 95 mph, in the final of the Vijay Hazare Trophy while he was representing Jharkhand in 2011.

Aaron flew to Australia as he was a part of the Australian centre of excellence squad in 2008 and played alongside David Warner, Matthew Wade, Usman Khawaja and Moises Henriques to name a few.

Since making his international debut against England in 2011, Aaron’s first six wickets came when he had bowled the batsmen, with Tim Bresnan being his first scalp. His other wickets included that of Alastair Cook and Marlon Samuels as well.

Aaron was picked by the Shah Rukh Khan-owned Kolkata Knight Riders (KKR), but eventually went on to make his debut for Delhi Daredevils (DD) in the year 2011. He currently plays for Royal Challengers Bangalore (RCB), which is led by his Test skipper Virat Kohli.

Aaron was signed up by English Country side Durham, for the 2014 County Championship. Aaron, played under the leadership of former England captain Paul Collingwood, managed to play just a couple of games in his debut season. He picked three wickets in the First Class games at 36.

During the 2015 season of Vijay Hazare, Aaron led Jharkhan side in the tournament with MS Dhoni under him as a wicketkeeper-batsman. 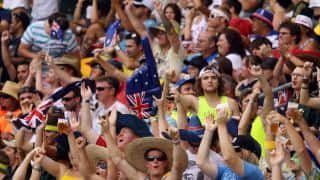 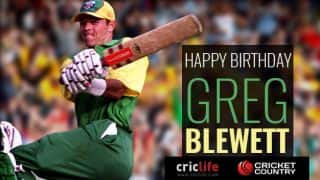