Vijay Hazare Trophy 2015-16: Ravindra Jadeja, Ishant Sharma and other top performers of Round 2

Vijay Hazare Trophy 2015-16: Ravindra Jadeja, Ishant Sharma and other top performers of Round 2

The Indian inter-state one-day contest Vijay Hazare Trophy for the season 2015-16 has started from December 10. One of the much awaited domestic series, Vijay Hazare has already caught attention of cricket enthusiasts as many interesting matches have already taken place. Players like Virat Kohli, MS Dhoni, Shikhar Dhawan, Ishant Sharma and Ravindra Jadeja will be seen playing in the tournament, which makes the contest even more interesting. In the 22 matches already played, many players have emerged as impactful for their side while many big names have failed to live up to the expectations. Paulami Chakraborty lists 5 players who did well to grab attention.

Odisha won the toss and put Maharashtra in. The match was an even contest: Maharashtra s innings ended with 217. Mundhe emerged as the highest run-getter with his 55-ball 50. But that was not all: he went on to take 4 wickets for his side while giving 35 runs. He removed opener Paresh Patel first before going on to take three more.

There seems to be nothing wrong Jadeja can do this season. The match was fully dominated by Saurashtra with opener Sheldon Jackson slamming 111. But they lost two wickets, however, before Jadeja joined Jackson. Jadeja outscored Jackson, and finished with 135 runs off 117 balls with 8 fours and 6 sixes. He also picked up 2 wickets later on and Saurashtra won the match. READ: Ravindra Jadeja scores maiden List A century in Saurashtra vs Madhya Pradesh, Vijay Hazare Trophy 2015-16

Suchith has been a consistent performer for his side. He top-scored for Karnataka with a 63-ball 46 before picking up two wickets. Karnataka won the match by 38 runs.

Bhatia, the unsung warrior of Delhi over years, has made a recent shift to Rajasthan. He bowled out Assam, who are turning into one of the strongest domestic sides, with figures of 10-2-17-5. Bhatia also contributed with 68 runs, helping Rajasthan win by 1 wicket. READ: Vijay Hazare trophy 2015-16: Rajat Bhatia s all-round show helps Rajasthan beat Assam by 1 wicket

Vidarbha batted first, and were no match for the pace and bounce Ishant Sharma extracted. He kept taking wickets in regular intervals, and finished with 5 for 21. Unfortunately, Vidarbha clinched the match. 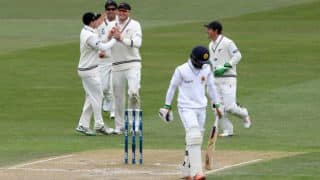 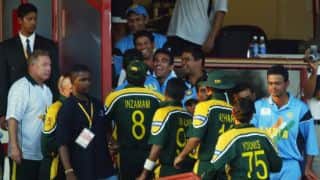