Virat Kohli, AB de Villiers, Lionel Messi and Cristiano Ronaldo, better known as CR7, have all been catalysts in redefining the dynamics of the different sports they play.

It is very unlikely that cricket gets compared to football.But if you take a deeper look, you are bound to find similarities. Virat Kohli, AB de Villiers, Lionel Messi and Cristiano Ronaldo, better known as CR7, have all been catalysts in redefining the dynamics of the different sports they play.

The tick at which Kohli and de villiers regularly slam hundreds is very new for cricket audience. On the other side of the page, Messi and Ronaldo are out and out match winners. It volumes of stars from two different sports who are having such a profound effect on their sports.

The quadra-murti of sports has been receiving awards almost every year setting new benchmarks. These are men who relish pressure as they absorb pressure. Kohli and AB have reached a new horizon just like Messi and CR7. These are two cricketers who have mastered all formats. Now, you may ask, why has Kumar Sangakkara been eluded from the list? The answer is, Sangakkara is not a genuine match-winner in T20s.

So, what does it take to scalp such heights? Maybe discipline. Kohli and de Villiers, like Messi and Ronaldo, are most feared players across formats. On their day, they will not give you a second chance. Another feature that forces this writer to draw comparison is their unbelievable consistency. They attribute it to rigorous practice. Another distinct feature about these sporting super-humans is that they float; they are flexible and are ready to play in any given situation and position.

All four super athletes, from different parts of the globe, have had their share of injuries and problems. Messi was weaker on his right leg, Ronaldo was excessively creative/ innovative for others to team up with him, and hence changed his game accordingly to best suit the teams cause. Kohli has had shoulder problems in the past, and de Villiers has also had his fair share of injuries. What’s vivid is the way they scream back to the biggest stage of them all, with a uncanny nonchalance. They are winners with no negative tissue in their anatomy.

Another similarity among the four is they are always in the face of the opposition all the time and, more often than not, end up strangulating their oppositions. The fans would know that this is just the inception of bigger things to come. 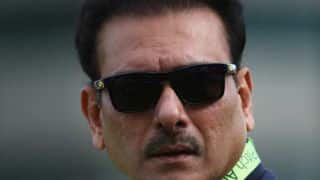 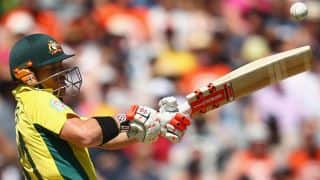