There was no questioning Rohit Sharma s ability, right from the Under-19 days. In a tournament that saw Cheteshwar Pujara lead the list featuring the highest run-getters during the 2006 Under-19 World Cup, Sharma s contributions were slightly overshadowed. Yet, he refused to take his foot off the pedal and scored heavily in the domestic fixtures, thereby making the cut before Pujara into the Indian team. 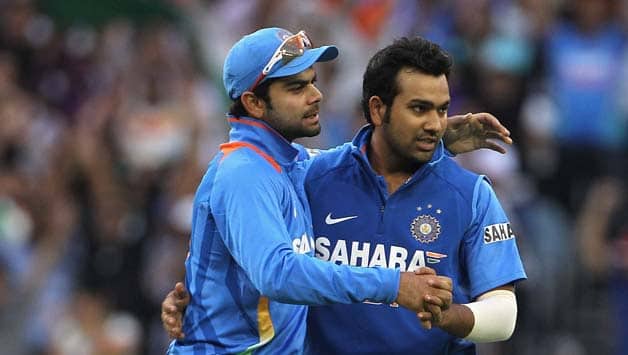 Virat Kohli (left) and Rohit Sharma were two of the biggest hopes for the future, but while Kohli has gone from strength to strength, Rohit has slipped badly to the extent he has lost the selection committee’s confidence Getty Images

There was no questioning Rohit Sharma s ability, right from the Under-19 days. In a tournament that saw Cheteshwar Pujara lead the list featuring the highest run-getters during the 2006 Under-19 World Cup, Sharma s contributions were slightly overshadowed. Yet, he refused to take his foot off the pedal and scored heavily in the domestic fixtures, thereby making the cut before Pujara into the Indian team. He justified his selection by playing some crucial knocks that were instrumental in India winning the 2007 T20 World Cup, and later proved that he wasn t just a flash in the pan by essaying more such innings during the Commonwealth Bank (CB) Series in Australia in 2008.

Now, a few years later, it s surprising that a man who was touted to be the next big thing in Indian cricket is not even a contender for a berth in the Test team. By dropping Sharma from the India ‘A squad that will play against England in a warm-up fixture, the selectors have made clear where the former stands in the scheme of things. However, Sharma has only himself to blame, for his performances in the international arena recently have been scratchy to say the least. For reasons best known to him, Sharma continues to sizzle in the domestic arena, but just cannot seem to replicate the act on the big stage, despite being technically far sound than a few batsman in the current Indian line-up.

In the midst of India s horrendous tour to England last year, Sharma was made to warm the benches during the initial leg of the series. A struggling Virat Kohli was lambasted from all corners, and the voices demanding Sharma s inclusion in the side were gained momentum. Some drew parallels between the two and concluded that Sharma had a tighter technique than Kohli, and also the ability to overturn India s dwindling fortunes. But thereafter, Kohli s career skyrocketed, whereas Sharma has failed to carve a niche.

Sharma s career so far is reminiscent of Graeme Hick, the Zimbabwe-born English batsman. The latter carved up touring international teams during his early days in Zimbabwe, and was also a thorn in the flesh of the opposition in county games. He plundered runs at will, and the stage was all set for him to make it big in the international arena. Sadly, that wasn t to happen.

Hick was hailed as the best batsman since Sir Don Bradman by the English media. They expected him to restore the nation s pride, but call it lack of mental toughness or just the inability to switch gears, he was a completely different player in the big league. The likes of Curtly Ambrose and Merv Hughes never allowed him to settle down. They spotted a chink in his mental armour and continued to exploit it. Hick never got going thereafter.

He soon lost his place in the English line-up, and by the time he proved his worth in the domestic arena again, there was no vacant spot in the Test side and as a result was made to wait on the fringes. He already had 57 First-class centuries to his name when picked for England, but came nowhere close to his domestic best in the internationals, making sporadic appearances before bowing out after 65 Tests at an average of 31.32. Hick played 526 First-class games, averaging over 52, with 136 centuries and 158 half-centuries.

On the other hand, Sharma still has age on his side and is capable of scripting a new beginning. A First-class average of almost 60 cannot be brushed away and speaks volumes of the potential he possesses. But in his 85 One-Day International (ODI) games, he averages just over 30, and that doesn t augur well, especially when there are many promising youngsters constantly knocking at the door of the selectors. He s yet to make his Test debut. The other surprising fact is that every time Sharma fails on the big stage, he s made to play domestic fixtures, during which he continues to showcase his dexterity. Why then he fails to replicate the same whilst donning the national colours remains a puzzle.

The Sandeep Patil-led committee need to chalk out a plan for Sharma, just like they made their intentions clear by including Suresh Raina and Yuvraj Singh for the India ‘A squad. Whether they ask him to go back to drawing board, yet again, and get rid of whatever mental inhibitions he may be having, it s important they have a clear line of communication rather than to just leave him in the lurch. He could still be an asset to this Indian line-up with a little bit of tweaking. 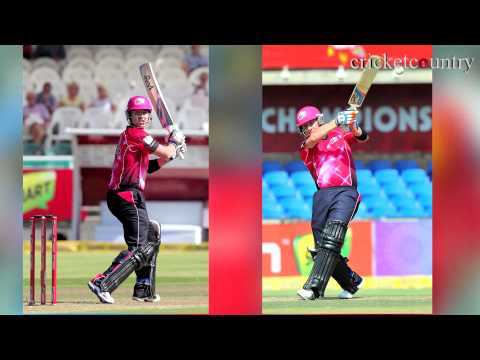 After Toronto ordeal, Pakistan cricket legend Imran Khan to star in a movie, "My name is Imran Khan"