Records reflect that Virat Kohli has done well at No. 4 and it makes sense to play him there.

Virat Kohli has not batted at his usual No. 3 spot in the last few One-Day Internationals (ODIs) he has played. Though he has failed in the first two ODIs India have played against Australia and England in the ongoing tri-series against Australia and India, Shiamak Unwalla feels it makes sense for him to bat at the No. 4 position.

The form of Virat Kohli and the success of the Indian cricket team often go hand-in-hand. When Kohli does well — particularly while chasing — India tend to be on the winning side more often than not. Likewise, on the odd occasion Kohli fails, India rarely succeed.

This holds true for the ongoing tri-series Down Under as well. In two matches so far, Kohli has been dismissed for scores of nine and four. While Rohit Sharma managed to lead India to a competitive score in the first match, the batting imploded without a fight in the second. In both games so far, Kohli has batted at No. 4 as opposed to his usual position at No. 3. This has led to some criticism, as it appears that Kohli is unsettled batting at an unusual position.

This, however, is not true. Below are Kohli’s figures at both positions in the batting order:

As seen above, while Kohli has batted at No. 3 for a considerably longer period, he has come in at No. 4 enough times that the numbers can be taken at face value. He averages almost 10 notches higher while batting at No. 4, at a strike rate that is almost the same. He has scored seven centuries and eight fifties — a better 50-100 conversion rate than when he bats at No. 3. And most tellingly, he has 10 ducks at No. 3 and none yet at No. 4.

These stats suggest that Kohli is not hampered while batting at No. 4; on the contrary he seems to thrive at that position, more so than when he bats a position higher. He remains India’s best No. 3 over the last few years, but it is still interesting to see the statistics of the top five run-scorers by No. 3 batsmen for India since January 2010:

Kohli has overwhelming numbers, which is far from surprising. His highest ODI score of 183 against Pakistan came from No. 3, and he averages 52.5 — which is a cut higher than his current career average of 51.84 — while maintaining a marginally better strike rate as well.

Now looking at the top five Indian No. 4s since January 2010:

As expected, Kohli again tops the charts, though he has batted at the position less than Yuvraj Singh has. Despite playing two matches less than Yuvraj, though, Kohli has scored nearly 600 runs more at a far superior average and a much better strike rate. One must also keep in mind that arguably Kohli’s greatest ODI innings yet — 133 not out against Sri Lanka at Hobart — came while batting at No. 4.

When India had the services of Sachin Tendulkar, Virender Sehwag, and Gautam Gambhir, Kohli had batted at No. 4 for quite a long time. Now that India again seems to have three openers in Rohit, Shikhar Dhawan, and Ajinkya Rahane, it makes sense for Kohli to drop down to No. 4 once again to accommodate the other three at the top.

The numbers back up Team India’s decision for Kohli to bat at No. 4. It is a tactical move, and though it has failed to reap rewards in the first two matches, it might yet prove successful. India should persist with Kohli at No. 4, at least for the next couple of matches. It might just prove to be a masterstroke. 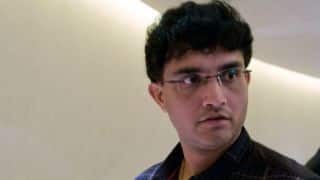 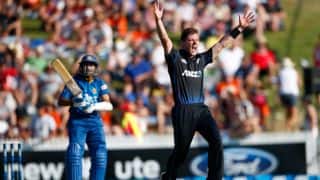