Coach Rajkumar Sharma did advise him to cut down on shots square of the wicket.

Virat Kohli has had a tough time in England so far. In two Tests, he has scored only 34 runs. However, there is no reason to jump the gun as Kohli is a fast-learner and works on his mistakes. History is proof of that and one can expect a big score some time soon, writes Nishad Pai Vaidya.

There are times when even the best are tested. A rough patch can demand every ounce of their skill, temperament and commitment. It is in those circumstances when the best of the best emerge stronger. That is what champions are made of. Virat Kohli is a champion; make no mistake about that! A short slump in form shouldn’t worry the Indian fans for he possesses the mental strength and the technical acumen to bounce back and make a mark. Seldom have you seen him not leave his stamp on a series since his international debut in 2008.

The ongoing tour to England has been tough for Kohli. Though he looked good in the first innings at Lord’s, the dismissal in the second essay left him embarrassed. Shouldering arms to one that came in, Kohli found his stumps shattered. For a player of his caliber, it was unthinkable. Apart from that embarrassment, in this series, he has been caught in the slips twice and has been trapped leg-before once. Coach Rajkumar Sharma did advise him to cut down on shots square of the wicket. That is something that would help Kohli.

Kohli needs to get back into the zone of confidence. He must heed to his coach’s advice and play straight to cut down the risks. It is important that he spends more time in the middle and gets his eye in. Once he has a measure of the wicket, he can go on to play his shots. By instinct, Kohli is a player who likes to dominate. It may tempt him to break the shackles, but this is a different test. It is a test of his character and he may have to show more patience when he walks out in the middle. In the first innings at Lord’s, it looked like he was doing that, but one delivery got the better of him.

In the past, whenever Kohli has run into tough periods, he has eventually worked a way out. That is one aspect that makes him standout from the rest. Go back to the 2011 tour to England. Kohli struggled in the first four One-Day Internationals (ODIs), but then tempered his approach to stroke a risk-free ton in the last match. Back then, he was still a youngster gradually building his reputation and that knock assured India that he could play with a very matured approach.

Then, we have to talk about his trial by fire in Australia. The first two Tests were horrendous for Kohli. But at Perth, when all big names failed, he stood out with a magnificent fifty in the second innings. It was only a precursor of things to come as he smashed his maiden Test ton at Adelaide. Again, he stood tall amidst the ruins in that game.

During the last home series against England, Kohli had a tough time in the first three Tests. Some of his dismissals were freaky, but due to his own mistake. In the fourth Test, he gritted it out and fought to a century. Though he wasn’t his prettiest innings, it was further proof of his character. So, there is no reason to panic or criticize him for a short blip. The fact that his failures are being noticed after only two poor games shows how high he has set his standards. A matter of time before he gets back in full flow. 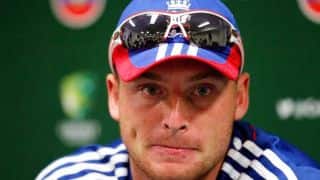 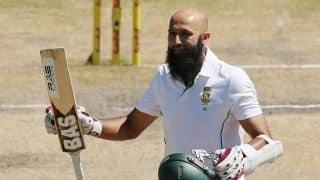