The Prime Minister’s Office (PMO) has announced that Prime Minister (PM) Narendra Modi will be heading to Australia again. Modi will be there for a few days to normalise relations between the two countries after a high-intensity verbal spat between mercurial Indian batsman Virat Kohli and Aussie sledging veteran Mitchell Johnson set tensions simmering.

“India and Australia are great partners in the world. This visit is to further improve and strengthen the good relations between the two countries, to make amends where there are shortcomings, in order to take both of them to newer heights,” a PMO spokesperson told The UnReal Times. Sources added that the Australian Wildlife authorities have already begun work on shortlisting a list of koalas, kangaroos and other native Aussie animals which would meet the PM.

While the primary focus of the PMs visit is reportedly to maintain good relations between the two countries, India’s top  news source, The Times Of India reported that the PM would discuss the matter of opening an overseas cricket academy for budding Indian cricketers, with his Australian counterpart, Tony Abbott, at the behest of Indian batting legend, master blaster Sachin Tendulkar. Speculation is rife that Australian coach Darren Lehmann would also be stepping down, for some reason. TOI also quoted BJP leader Dr.Subramanian Swamy as saying that Mitchell Johnson was a Dalit.

Sources added that the PM will also be including former Congress MLA Baba Siddique in his entourage to patch Kohli and Johnson up at a special Iftar party. This is likely to be followed by another reunion of the two warring players at the 22nd anniversary celebrations of India TV editor-in-chief Rajat Sharma’s popular show, Aap Ki Adalat.

External Affairs Minister Sushma Swaraj has reportedly prepared herself completely for the visit, by placing an order for a bouquet of roses, marigolds and lotuses to welcome the PM at the airport upon his return. 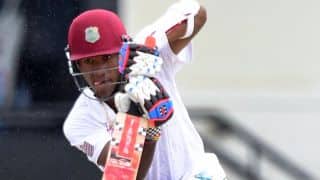 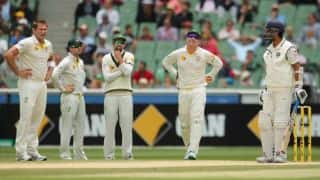