The Under-19 World Cup is a cradle of young. Players such as Yuvraj Singh and Graeme Smith, to name just two, graced the junior World Cup and are products of age-group cricket. 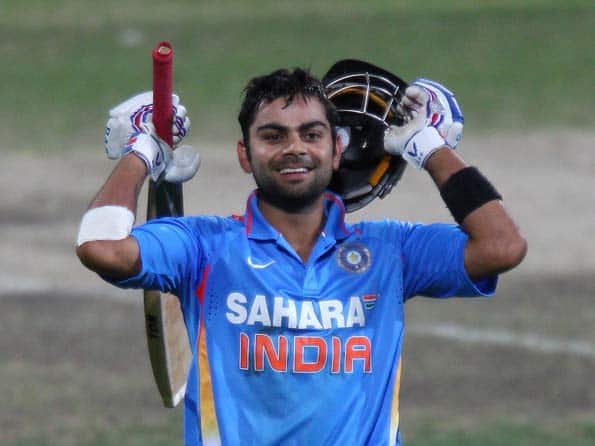 Players like Tim Southee, Wayne Parnell, Darren Bravo, Lahiru Thirimanne, Ravindra Jadeja, all of whom played the 2008 Under-19 World Cup, have gone on to play for their respective countries. But Virat Kohli, who led India to title triumph in that championship, has been the champion performer © Getty Images

The Under-19 World Cup is a cradle of young. Players such as Yuvraj Singh and Graeme Smith, to name just two, graced the junior World Cup and are products of age-group cricket. Virat Kohli is yet another player who has blossomed into an international sensation from the roots of the U-19 World Cup. From the brash youngster who led India to the title triumph in 2008 to the mainstay of the national senior team in 2012, Kohli has come a long way since his junior days.

He not only captained the side to the triumph but also played a pivotal role with the bat during that campaign. He scored 235 runs at an average of 47 in six matches. There was no doubting that he was special, underlined by the fact that a few months down the line he made his One-Day International debut against Sri Lanka. It took him some time to cement his position in the side, but once he established himself, he has enhanced his reputation with each passing game.

If one scrolls through the list of the top performers of the 2008 U-19 World Cup, one would find quite a few notable names who have gone on to play for their country and shown promise to serve their respective teams for years to come. Kohli stands out from the lot, but others too have made a mark at the highest level.

Tim Southee, the player of the 2008 U-19 World Cup, made his Test debut for New Zealand weeks after returning from that tournament. He made an instant impression with a smooth run-up and balanced delivery stride. A five-wicket haul and a hard-hitting fifty highlighted his true potential and brushed aside any fears of him being rushed into international cricket. Since then, he has remained a vital part of New Zealand’s setup and has done decently well.
Wayne Parnell, the highest wicket-taker in that tournament, also didn’t take time to burst onto the international scene. Although he hasn’t played too many games for South Africa, he is a part of most of their squads.

Darren Bravo, the Brian Lara clone, showed glimpses of similarities with the great man during that U-19 World Cup. It is only after his international debut that people have started comparing him to Lara as many of his mannerisms are reminiscent of the Trinidadian. He is evolving into a dependable batsman for the West Indies and his performances during the subcontinental tour were brilliant. For a player alien to spinning conditions, his application was brilliant as he tackled the tricks of the surfaces with some dazzling strokeplay.

There also have been players who didn’t exactly set the stage on fire during that tournament and yet have managed to break through to their national sides. Steve Finn has been a revelation for England and his progress has been heartening forEngland. Similarly, Lahiru Thirimanne is gradually cementing his place in the Sri Lankan setup and has shown signs of being a level-headed player.

Ravindra Jadeja was another success story in that tournament for India and his international career has been hot and cold so far. There have been times when he has been absolutely brilliant with performances that demanded rich praise. However, mediocrity has marred some of his outings, to the frustration of the Indian fans.

While we count the number of players who have gone on to bigger things, some of the successes in the 2008 U-19 World Cup have failed to make their international debuts and continue to fight at the domestic level. Tanmay Shrivastav, the leading run-scorer of that tournament, is a leading case in that point. A first-class average of around 35 indicates that he hasn’t quite been consistent.

Sachith Pathirana, the Sri Lankan all-rounder who was amongst the runs and wickets in 2008, continues to battle in domestic cricket. The presence of players such as Angelo Mathews and Thisara Perera – his teammate during that tournament – has meant that he has to wait for a chance or perform brilliantly to storm his way through.

James Harris, England’s leading wicket-taker in the 2008 U-19 World  Cup, continues to impress in county cricket and has also been a part of England’s Performance Programme’s and the Lions squads. Nevertheless, England has a fearsome pace attack, which makes it difficult for players like Harris to break in.

Taruwar Kohli has struggled to establish himself at the domestic level as his 10 first-class games have been spread over three years. He was the fifth highest run getter during India’s successful campaign.

The valuable lesson to be learnt is that the U-19 World Cup may initiate a few careers and showcase promising youngsters, but it isn’t a surety for success. Failure too doesn’t spell doom. Dinesh Chandimal and Perera struggled to perform for a while but are seen today as Sri Lanka’s future.