Perhaps Kohli doesn’t feel the need to take risks after being appointed the permanent captain.

Australia put up a solid performance to clinch the Border-Gavaskar series 2-0, after the fourth and final Test at Sydney ended in a draw. They declared overnight and set India a target of 349 to win on the final day. Earlier in the series, India were set a 364-run target at Adelaide, where they lost despite going for a win. Just like in Adelaide, Virat Kohli led the team again at Sydney, but it seemed like the approach in the fourth innings had changed. Could Kohli’s elevation as permanent captain have something to do with it? Pramod Ananth certainly feels so.

MS Dhoni sent shock waves across the world when he decided to retire from Tests suddenly. This paved the way for Virat Kohli to take over the reins — something he wouldn’t have expected at the start of the tour when he was appointed the stand-in captain for the first Test.

India had their work cut out in the first Test at Adelaide after Australia had declared at 517 for seven in their first innings. After a steady start, Kohli walked in at No. 4 for the first time as captain in Tests. He immediately made an impact as he became only the fourth Indian player to score a century on captaincy debut. Kohli’s 115 propelled India to finish at 444.

Australia put up a strong performance in the third innings and set India a target of 364 to win on the final day. Kohli had instructed his boys to go and get the target and India looked to be well on course after Kohli scored his second century of the match and became only the second player after Greg Chappell to score twin centuries on captaincy debut. Kohli was well supported by Murali Vijay (99) at the other end, but after their wickets India collapsed and fell 48 runs short of their target. Kohli, after the match said that he was glad that he decided to go for a win, had he decided to go for a draw India would have lost by a bigger margin.

Kohli yet again starred with a century in the first innings at Sydney and India were bowled out for 475 falling 97 runs behind Australia’s first innings score. India had to chase 349 on the final day of the Test. There was hope that India will put up a good show like they did at Adelaide, except go one step ahead and win the match and save some pride after already being 0-2 down in the series. But that didn’t happen and India just about managed to secure a draw.

So, what stopped Kohli from going for the win this time around? India had lesser runs to get, a stronger batting line-up with Ravichandran Ashwin and Bhuvneshwar Kumar at the end, and the pitch wasn’t doing much for the seamers. Mitchell Johnson was also not part of the Australia bowling line-up and they had a relatively inexperienced fast bowling attack.

Perhaps Kohli doesn’t feel the need to take risks after being appointed the permanent captain. Dhoni was not known for his bold decisions as captains either, but Kohli’s approach at the Adelaide Test had kindled hopes that he will approach each game with the intention of winning it, which was quite possible at Sydney. The worst that could have happened was India would have lost the series 0-3 instead of 0-2, but the lack of intent to win the match was highly disappointing. If this is going to be Captain Kohli’s approach going into future Tests, he won’t be any different from the others. 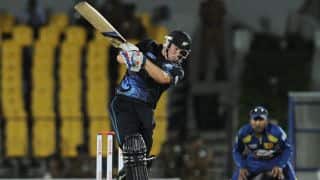 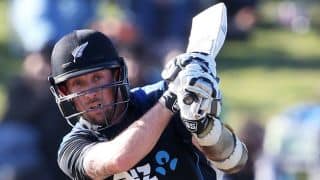