Moving into a new era without the services of two legends, India have taken positive steps with a 2-0 victory – albeit against New Zealand. Prior to the start of the series, some may have expected India to be cautious and take time to settle as a unit, but youngsters Cheteshwar Pujara and Virat Kohli’s confidence helped them to a clean sweep. 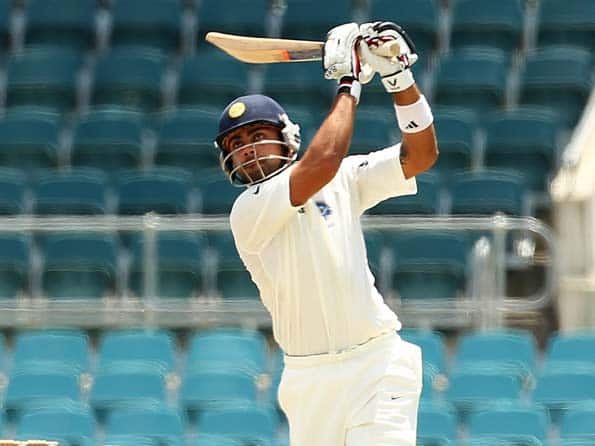 In the just-concluded Test series against New Zealand, Virat Kohli has shown remarkable temperament and the will to correct past mistakes. © Getty Images

Moving into a new era without the services of two legends, India have taken positive steps with a 2-0 victory – albeit against New Zealand. Prior to the start of the series, some may have expected India to be cautious and take time to settle as a unit, but youngsters Cheteshwar Pujara and Virat Kohli’s confidence helped them to a clean sweep. In both the games, the young duo – touted as the future of Indian Test cricket – scripted important knocks which were pivotal to India’s victory. What this showing tells us is that the transition may take time, but wouldn’t be as tough as previously thought. As Harsha Bhogle tweeted immediately after the victory, “Pujara and Kohli showing that however sentimental we might be, the next kid always comes along. It is the way of the world.”

Kohli’s progress over the last 12 months has been phenomenal to say the least. His One-Day International (ODI) career took off well, but he took a bit of time to get used to Test cricket. Early on, his tendency to poke at deliveries and vulnerability to the short delivery got the better off him as he had a tough time during his debut series in the Caribbean. Late in 2011, he got another shot at Test cricket and responded with two fifties in the enthralling Test match at Mumbai.

In Australia, the old cracks seemed to have returned to haunt him as he found it tough at Melbourne and Sydney in the first two Tests. On the world’s supposedly fastest track, Kohli was India’s best batsman with two gutsy knocks, even as the others faltered miserably. The big moment arrived when he notched his maiden Test hundred at Adelaide in the next Test. Undoubtedly, it was the turning point as it changed Kohli as a batsman – one who was more assured of his ability.

During this series, Kohli has shown remarkable temperament and the will to correct past mistakes. At Hyderabad, he was looking good for a big score, but got out flashing outside off-stump. He has been absolutely dominant in one-day cricket and perhaps some of the innate tendencies from that format still hung around even when he donned the whites. Coming into Bangalore, it was imperative that he put that behind him and worked a way to play long knocks in Test cricket – something that eventually happened.

In the first innings, India were in a spot of bother and it was the Kohli-Suresh Raina stand that lifted them out of the muddle. Watching his partner take it to the opposition, Kohli too would have been tempted to do the same, but he resisted the temptation and saw the larger picture. He was ready to stick it out in the middle, leaving the probing deliveries outside off. That was perhaps the biggest positive as it shows that he is maturing well.

By cutting out the pokes or the flashes outside off, Kohli concentrated on playing in the ‘V’ with a straight bat. Some of the straight drives and cover-drives in both innings were a touch of pure class. The ball laced across the park and crossed the boundary. In both the innings, he found himself in a crisis-situation, but absorbed the pressure well and modified his approach to its demands. He has done that a number of times in one-day cricket and it is good to see him do the same in the classical format.

The Bangalore pitch produced a fantastic match where both departments had a fair chance to make an impression. Tim Southee, Ravichandran Ashwin and Pragyan Ojha wouldn’t forget their outings as their spells made a difference for their sides. While some may argue that it is a batsman’s game, it was a fair call to award the man-of-the-match to Kohli. In a see-saw battle between the two sides, the weight of his performance was the ultimate deciding factor that tilted the game in favour of India.