With the start of India’s second Test against England at Visakhapatnam, a giants from either will reach a milestone of their careers none other than two modern-day greats Virat Kohli and Joe Root. Both Kohli and Root will be playing their 50th Tests of their careers. Kohli had made his Test debut in 2011 against West Indies and Root in 2012 against India. Despite Kohli debuting before Root, the Englishman has played more Tests than the Indian, perhaps because England plays more Tests than India. In last few years, there has been many discussion over the comparison between both these players in both Tests and ODIs. However, both are currently playing Test series against each other teams, the focus will be in their Tests numbers.

Coming to the comparison between both these players, Kevin Pietersen recently opened up and expressed his views: Root has good numbers, but it s unfair to even compare Joe with Virat because his [Virat s] numbers are just phenomenal. It is a fact that no matter how great or how good is a batsman’s technique, the numbers he earns during his career mostly judges a player. Going by the format, Kohli has better numbers than Root in ODIs, while the Englishman has better numbers in Tests as compared to the Indian. Before moving to other aspects, take a look at the below infographic, which speaks very much about their so far career.

As per the above infographic, surely, Root has better numbers than Kohli. In terms of home, away or overall batting averages, Root is ahead of Kohli as well. However, in terms of hundreds, Kohli is above Root.

Talking about the away record, which matters the most for any big player, Kohli seems to be more consistent than Root as the Indian batter has more 7 centuries than his English counterpart. The difference in averages is nominal.

Taking another angle of performing against big teams like Australia, New Zealand and South Africa, Kohli is ahead of Root. Kohli averages 60.80 against Australia, 66.80 against New Zealand and 47.20 against New Zealand, while Root’s average against these teams are 41.30, 39.50 and 55.10. Kohli has also played more matches in away conditions. Kohli is yet to play against Pakistan, while Root has played plenty of matches against them.

Another important thing in their comparison is that Kohli is currently the captain of India’s Test side and is expected to take a similar responsibility in ODIs after MS Dhoni. On the other hand, Root is expected to take over captaincy after Alastair Cook but is not expected in ODIs; he is also yet to lead the England side in any format of the game.

Both Kohli and Root are currently in the middle of their career, and it will not be fair to judge who is better at the current situation. One needs to wait till the end of their career to draw the perfect comparison. 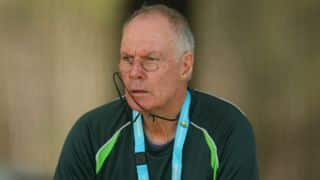