The former India captain feels both the teams have a good chance of winning the big final as they are well-stocked with the batting and bowling depth.

The countdown has begun for the highly-anticipated final of the ICC World Test Championship which will be played between two cricketing heavyweights – India and New Zealand. With only three days remaining for the high-octane final, the predictions and analysis have started doing the rounds with several experts and critics are expressing their opinions on the titanic clash, scheduled to be played in Southampton from June 18. Joining the wagon, former India captain Sunil Gavaskar feels both the teams have a good chance of winning the contest as they are equally well-balanced on paper and boasts solid batting and bowling depth.

However, the 71-year-old dismissed the popular belief that Kane Williamson-led New Zealand will have an extra edge in the WTC final because of the dry and moist conditions in England. Gavaskar, on the contrary, believes Virat Kohli and Co. must be match hungry and fresh before the big game and that could very well work in their favour.

Three sleeps away from the BIG GAME. ??

How excited are you? ? ?#WTC21 #TeamIndia pic.twitter.com/nqaI6cf33H

“It’s even-stevens in my view because both the teams are well balanced. There are some who think New Zealand has the advantage of being match-ready (after their 1-0 series win in England). But then India will be match-hungry and fresh and eager to get on the ground after a month of inaction. India have more impact players with both bat and ball and they should win this game,” Gavaskar quoted by The Times of India.

The former India opener also believes playing a two-Test series before the World Test Championship final could go against New Zealand as it’s players might be worn out or carry a niggle.

“This could be a double-edged sword. With only three days between the second Test (against England) and the WTC Final, some of their older players could have a niggle or two and that can hamper their performance,” Gavaskar he added.

He also said that spinners Ravichandran Ashwin and Ravindra Jadeja will be important not just with the ball but also with the bat.

“Both will crucial roles to play in the game. What’s been heartening to see is the massive improvement in their batting, which allows the Indian team to go in with Rishabh Pant at No. 6, then these two all-rounders (Jadeja and Ashwin) and then the quicks,” he added.

India and New Zealand will lock horns on June 18 in the inaugural WTC Final at The Ageas Bowl in Southampton. 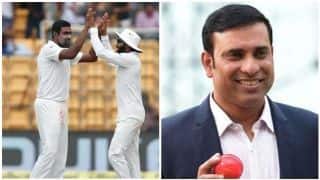 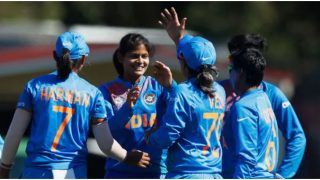