Virat Singh was unceremoniously dropped from the Indian squad ahead of the Under-19 World Cup 2016.

One Virat has already taken the world by storm in 2016 with his consistency and hunger for runs across formats. Far, far away from the annals of all the fame and glamour of international cricket, 19-year-old Virat Singh is slowly but surely making a name for himself in domestic circuit with remarkable performances for Jharkhand in the ongoing Ranji Trophy 2016-17. Batting at No. 3, he scored a crucial century in the quarter-final against Haryana, helping his side win by 5 wickets. This was a historic moment for Jharkhand, for it was the first time they made it to the semi-final of the Ranji Trophy, ever since Jharkhand State Cricket Association’s (JSCA) formation in November 2000.

Virat, however, does not believe that his innings was the turning point of the match. He instead was quick to praise the efforts of the lower order for their contribution. No, I don t think so [my innings was the turning point]. On second day [first session], it was good for us, because we had lost just 2 or 3 wickets. But next morning, we suddenly lost three wickets. Thereon, I thought I ll have to play till the last, but unfortunately I got out. I wanted to score few more runs for the team, but never mind, we [still] got an 87-run lead. Well done by Rahul Shukla and Samar Quadri, who got us that lead, said Virat, in an exclusive interview to CricketCountry.

Having come so far in the tournament, Virat now says Jharkhand now want to qualify for the final and make history by lifting the title. Nonetheless, it will not be easy, as they have an in-form Gujarat waiting for them in the semi-final. Virat says, It has been a great experience. We don t want to stop here. We want to move to the finals. Our team goal is that. We have prepared a lot as a team, as individuals over the last three months, to be honest. Not only on batting, bowling or fielding, but especially on fitness. I m not saying that we are the fittest bunch of players, but we are far better from what we were last time [season].

Virat also joked about Gujarat openers scoring triple-centuries before the semi-final, as they would be complacent while playing Jharkhand.

Talking about fitness, there is no other ambassador for it than the India s limited-overs captain MS Dhoni.

Dhoni was born in a small town in Bihar called Ranchi (now the capital of Jharkhand), and went on to make it big at the international level. Dhoni, for that matter, is an inspiration to many budding cricketers across the country. Dhoni spent some time with the Jharkhand side during the ongoing Ranji Trophy. Virat says having Dhoni in the dressing room lifted their spirits.

Dhoni was there in the first two games of the Ranji Trophy season. It was great to have him. He gives more energy when he comes into the dressing room. When he speaks, he speaks [through] his quality experience of his: how to do well, what to do when you re not doing well. The main thing he focuses on is to be mentally strong when you are doing good and when you are not doing good. One more thing he adds is fitness. He strikes [on] that word very hard, Virat said.

In a team that has a few senior cricketers like Saurabh Tiwary and Shahbaz Nadeem, Virat finds comfort in the fact that he has played with a few cricketers right from the Under-16 stage. He feels that he has no one best friend in the side, and considers all of them to be his friends. Well, all my teammates are friends. There s no particular one. Few of them are playing with me since Under-16. Sumit [Kumar] is there; Ishan [Kishan] is there; Kaushal [Singh] is there. We have been playing together since Under-16, he says.

Virat was named the captain of the India Red for the U-19 Challengers Trophy in October 2015 before the tri-series a tournament he missed due to appendicitis.

However, Virat got his big break when he was picked for the Under-19 tri-nation tournament in Sri Lanka, with England as the third team. Virat played three games in the tournament and scored 128 runs at 64 inclusive of one fifty. Virat scored 60 not out against Sri Lanka in the match before the final, which helped his side set up a final clash with the hosts.

Virat was dropped for the final, though. To make matters worse, he was not consequently picked for the ICC Under-19 World Cup in Bangladesh something that left him heartbroken, even though he enjoyed playing under Rahul Dravid’s guidance.

I really enjoyed playing under Rahul Dravid. We all know he is a legend. Talking about that, I was really disappointed not to be selected for the Under-19 World Cup team despite doing well. Whatever chance I got, I think I did pretty decent. In one of the games I scored 60 not out [in the match before the final], which helped the team go to the final. In the final, I was dropped. It was pretty heartbreaking. The disappointment in Virat s voice was very evident. He, however, went on. Then I got the news that I was not selected for the team [for U-19 World Cup 2016]. That s all I can say about it.

Going a little back to the way Virat began his cricket journey, he recalls how he went to an academy, which opened very close to his house. He says, Well, I started long time back when I was 10 or 11 years old. What happened is, academy opened near my house. I used to go to that ground. One day, I just asked my father whether he will allow me to play cricket. From there on, it all started. I practiced there for 3 years, after that I started getting selected in Under-16. After performing well, I got selected in India Under-19 recently, now in the Ranji Trophy.

Virat added that his parents his father, a businessman and mother, a homemaker both based out of Jamshedpur wanted him to focus on his studies initially, but they let him follow his dreams of being a cricketer after they had seen glimpses of his good showing.

Virat has, however, studied up to 12th standard, with commerce being his field of interest, from DBMS in Jamshedpur, which boasts of notable alumni like actor R Madhavan, Tanushree Dutta and Virat s teammate Ishank Jaggi, to name a few. With focus being on his cricket career, Virat says he has not found time to pursue his graduation yet.

Virat s elder brother Vishal was his captain when he made his Under-16 debut. They have played just one match together at the senior level for Jharkhand, against Assam in the Vijay Hazare Trophy in November 2014.

When asked about his interest in playing in IPL, Virat did not hide the fact that it was a tournament that he would definitely like to play in. If I get a chance I ll play. Let s see if I get a chance in the upcoming IPL [season]. I m just waiting for the auction. Hopefully, I will do well in the upcoming knockout games and then we ll see, he said. 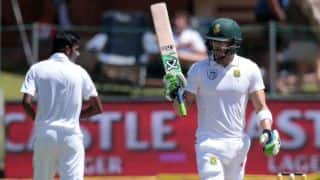 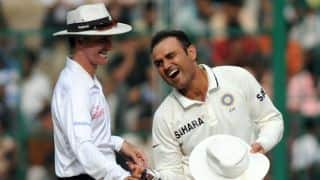