The duo are striking form in the business end of IPL, but will be it be enough for India comeback?

Away from the national team, openers Virender Sehwag and Gautam Gambhir’s performances in the ongoing Indian Premier League (IPL) 2014, had many people glued their interest in the cash-rich league. However, not all was rosy for the duo in the first leg of IPL 7. Despite that, both of them seem to have overcome the initial tough phases and have answered the critics who questioned their presence in the team, with their bat. Nonetheless, Sudatta Mukherjee feels they might have taken a bit too long to prove that they are still capable of representing India.

Kolkata Knight Riders (KKR) and Kings XI Punjab (KXIP) have played nine matches each in the Indian Premier League (IPL) 2014 till now out of their quota of 14. While KXIP have won seven of their nine games, KKR have managed to won only four. Ahead of the IPL 2014 auction in February, KKR had retained their skipper Gautam Gambhir and Sunil Narine and KXIP bought Virender Sehwag after he was released by his former club Delhi Daredevils.

Gambhir was retained not only for his captaincy skill (he had led KKR to their maiden IPL title in 2012), he was also retained because since joining the Kolkata franchise in 2011, he has scored 1,758 runs from 65 matches and his batting average is 31.39 at a strike-rate of 127.02. He has also scored most runs for the franchise.

Sehwag, on the other hand, is known to be a destructor. On his day, with his inferno, he can make the opposition’s life living hell. Surely, the franchise owners of KXIP would not have let go of the opportunity of grabbing Sehwag, who is still dreaded for his wretchedness.

Both the teams’ top-order after the auction looked very pretty and powerful. KXIP, for example, has the likes of Cheteshwar Pujara and Sehwag, followed by Glenn Maxwell, David Miller and George Bailey. KKR, on the other hand, have Gambhir, Jacques Kallis, Manish Pandey, Robin Uthappa, Yusuf Pathan and Shakib Al Hasan. Sehwag and Gambhir were expected to give a strong start to their respective teams at the top. However, what followed was Gambhir was dismissed for a duck in the first three matches and Sehwag could hardly stay longer in the middle and score some big runs.

After struggling for form for four matches, Gambhir finally struck a chord and scored a hard-fought 45 against Rajasthan Royals (RR) at Abu Dhabi. Back in India for the second leg, once again, he scored 54 against RR. He has followed it up with a 69 and an unbeaten 63 against KXIP, which helped his team win on Sunday. At the end of nine matches, Gambhir’s average reads 29.75 and had a strike-rate of 117.24

Sehwag, who had better figures than Gambhir in the first leg, also came out and delivered a cracker of a performance against KKR on Sunday. He scored 72 from 50 balls, smashing 11 fours and a six. Sehwag has been scoring consistently in the 30s in IPL 7; however, the big innings only came on Sunday.

Their performances will not only help their teams but will keep the present Indians openers on their toes. And if the duo continues to play like this, selectors might have to think otherwise. However, there is an uncertainty whether Gambhir and Sehwag have taken too long to deliver. With only five league matches remaining for their sides, whether their performances be at all noticed by selectors, if IPL performances are taken into account for national call-up.

Sehwag’s side KXIP seem to be on the course to play the eliminator. Even if KXIP progresses, how much will Sehwag’s form be considered? Same goes for Gambhir. Despite being the second highest run-getter for India in Twenty20s, Gambhir might have taken too long to even come into the consideration, given the fact that selectors will like to form a young team for the next T20 World Cup. Even if he is under-scanner for ICC World Cup 2015, there are just enough batsmen against whom Gambhir and Sehwag are up for. The list consists of Shikhar Dhawan, Rohit Sharma, Pujara, and Ajinkya Rahane, among others.

At this point, the only thing the duo can do is play well and consistently perform, not only in IPL but in domestic cricket too and hope that the selectors notice them and they get a call-up, another chance. Sehwag is 35-years-old and Gambhir is 32. Sehwag have been playing competitive cricket for almost 17 years now whereas Gambhir has been playing for 14 years. They have played at all levels, Under-19, Indian domestic, international, IPL, English County Championship, etc. Maybe they will play for a maximum of another three years and will have to get a last shot of playing for the nation. For now, they can help their team win the IPL title, for Sehwag’s side, if they win, it will be their first time and for Gambhir, if he manages to lead KKR to title triumph for the second time, he will be the second captain to do so after MS Dhoni. 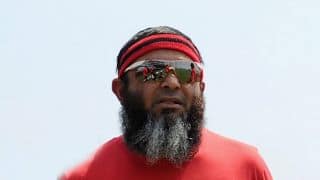 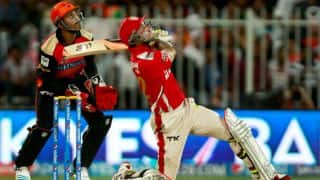