With calls for their retirement after a string of dismal performances in the current series against Australia, India’s aging legends have decided to extend their sporting careers by trying their hand at cricket’s close cousin, baseball. Sehwag was the first to be trialed and took to baseball like a fish takes to water, hitting every ball pitched at him out of the ball park. 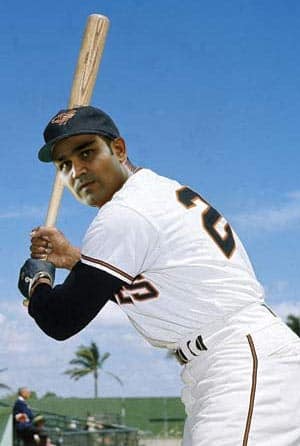 Virender Sehwag at the selection trials to get into the New York Yankees, a top American professional baseball team © Unreal Times

With calls for their retirement after a string of dismal performances in the current series against Australia, India’s aging legends have decided to extend their sporting careers by trying their hand at cricket’s close cousin, baseball. At the end of the second Test at Sydney, Virender Sehwag, Rahul Dravid, VVS Laxman, and Zaheer Khan flew to New York to attend selection trials to get into the top professional baseball team in the US, the New York Yankees.

Sehwag was the first to be trialed and took to baseball like a fish takes to water, hitting every ball pitched at him out of the ball park.

“Boss, baseball suits my style perfectly. No footwork required, no concept of defense, perfect,” raved the marauding opener, who will now be shifting base from Najafgarh to New Jersey and will not be available for the remaining part of the Australian tour. The team management has given Sehwag the permission to go ahead since his absence won’t be felt much anyway in the ongoing series.

Unlike Sehwag, however, the others weren’t able to impress the Yankees’ selectors and were consequently rejected. Rahul Dravid, after meticulously reading up on the history of baseball, took guard to the New York Yankees bowler pitcher. The first ball pitched to him was a beamer that Dravid defended, doing well to keep it on the ground but refused to run to the next base and was ruled out. However, he was given a reprieve and asked to take guard again since he was not aware of the rules. Dravid then let three consecutive pitches go safely to the wicket-keeper catcher with an exaggerated forward stance, realising they were well over the notional off-stump. To his dismay, the umpire brusquely ruled him out and a bewildered Dravid made his way back to the pavilion shaking his head.

“Stupid game,” Dravid remarked later with undisguised contempt. “And they tell me there is no forward defense either and the batsman has to score off every ball. Dumb!”

Laxman was the next batsman in. The stylish Hyderabadi languidly fetched a pitch well outside off and elegantly flicked it away to the ‘square-leg fence’. Satisfied, the batsman then nonchalantly proceeded to meander down the pitch to tap his bat on cracks in the pitch, by which time the fielders had already retrieved the ball from the boundary and ran him out.

Zaheer Khan, who tried out for pitching, deployed his usual tricks, covering the ball with his right hand, taking balls into and away from the batsmen alternatively, with a sledge or two for good measure. But when the Yankees batsman hit him for three consecutive home runs, Zaheer quickly decided to concentrate on cricket. “With the old ball not being an option in baseball, it’s a little difficult for me to try out my reverse swing,” said Zaheer. “Besides, I can still dismiss left-handers in cricket.”

The Board of Control for Cricket in India (BCCI,) meanwhile, is in talks with American baseball stars to sign them on for the Baseball Premier League (BPL), fearing that Indians might not watch the IPL after the national team’s abject failure Down Under.