Virender Sehwag turns 36: Five most memorable innings of the Nawab of Najafgarh

Virender Sehwag turns 36: Five most memorable innings of the Nawab of Najafgarh

Virender Sehwag thrilled fans with some breathtaking batting over the years.

Born on October 20, 1978, Virender Sehwag will to go down as a legend in Indian cricket. Perhaps the most explosive Indian opener of all time, Sehwag’s exploits in Test cricket are especially stunning. With a Test average of just under 50 and a nigh-impossible strike rate of 82.23 to boot, Sehwag redefined the role of an opener and was capable of setting up games in a mere session. Shiamak Unwalla lists out five of the most impactful innings he ever played.

Perhaps his most memorable innings ever, Sehwag’s blistering 309 — the first triple century by an Indian in Tests (he has scored the top three innings for India) — was instrumental in setting up India’s first Test win as well as first Test series win in Pakistan.

Batting first, India scored 675 on the back of Sehwag’s 309 and Sachin Tendulkar‘s 194 not out. In reply Pakistan were bowled out for 407 and 216. Irfan Pathan took four wickets in the first innings while Anil Kumble snared six in the second, but without a doubt it was Sehwag’s knock that won the game for India.

Sehwag owes the resurgence of his Test career to India’s 2007-08 tour of Australia. Overlooked for the first two Tests at Melbourne and Sydney, Sehwag finally got to play in the memorable match at Perth that India won. After putting in two reasonable performances, he roared back into form at Adelaide.

He scored a typically quick 90-ball 63 in the first innings as India piled on 526 thanks to a tremendous ton from Sachin Tendulkar and fifties each from VVS Laxman, Anil Kumble and Harbhajan Singh. However, Australia fought back brilliantly to score 563. In the third innings, India declared their innings at 269 for seven — 151 of which came from Sehwag’s blade alone! Had it not been for that uncharacteristically restrained knock, India could well have gone on to be bowled out for a paltry score and lost the Test.

In a series dominated by the mystery of Ajantha Mendis and the usual brilliance of Muttiah Muralitharan, India struggled to stay afloat in the second Test after a defeat in the first. They struggled to put on significant partnerships after an opening stand of 167 between Sehwag and Gautam Gambhir. Barring Gambhir (56) and VVS Laxman (39) no one managed to get to double figures; no one, that is, other than Sehwag, whose supremely stylish unbeaten 201 helped India to 329. Without him, India wouldn’t have managed to even get to 130.

He scored a half-century in the second innings as well as India set Sri Lanka a target of 307. On a crumbling wicket and with the bowlers’ tails up, India managed to rout Sri Lanka for 136, thereby winning their only Test in the series.

In a match dominated by excellent batting performances — including Andrew Strauss’ twin tons, 123 and 108, and Sachin Tendulkar’s unbeaten match-winning 103 — it was Sehwag’s fourth-innings heroics that won him the Man of the Match award.

Chasing 387 to win in the fourth innings, Sehwag cut loose against an attack comprising of Steve Harmison, James Anderson, Monty Panesar, Andrew Flintoff, and Graeme Swann. He launched a furious assault on Harmison and Anderson from which they never quite recovered; collectively they went for 99 runs in 21 overs and managed just one wicket between them. Gambhir scored a valuable half-century while Yuvraj Singh and Tendulkar ensured an Indian victory. But it was Sehwag’s tremendous knock that set up the game for India.

Brutal; savage; belligerent; wild; violent; cruel: mere adjectives fail to do justice to the absolute carnage caused by Sehwag against a hapless Sri Lankan attack in the 2009 Test at Brabourne Stadium. Harbhajan Singh and Pragyan Ojha took seven wickets between them to bowl Sri Lanka out for 393.

Sehwag and Murali Vijay took the game away from the visitors with a partnership that yielded 221 runs in less than 40 overs. India scored 443 runs in a single day’s play — Day Two of the Test — with Sehwag scoring 284 of those runs off his own bat. With three days still left in the game and Sehwag batting in that vein, there was every chance of him going past Brian Lara’s record 400. India piled on 726, and despite Kumar Sangakkara’s gutsy 137, Zaheer Khan took five wickets in the fourth innings to bowl India to the No 1 position in Tests. 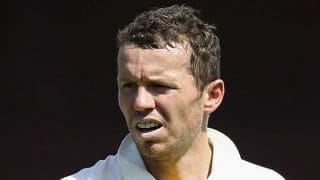 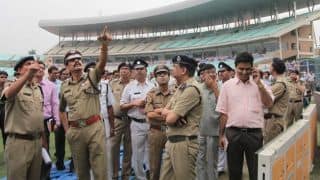