A stylish middle-order batsman, Laxman was a part of India’s famed ‘fab-four’ along with Sachin Tendulkar, Rahul Dravid and Sourav Ganguly for over a decade.

Born November 1, 1974, Vangipurappu Venkata Sai Laxman or simply VVS Laxman is a former Indian cricketer, who represented the country for 16 long years. A stylish middle-order batsman, Laxman was a part of India’s famed ‘fab-four’ along with Sachin Tendulkar, Rahul Dravid and Sourav Ganguly for over a decade. A wristy player, Laxman’s batting technique had a natural flair and elegance. Many felt that at his sublime best, he matched and sometimes even bettered Tendulkar in stroke-play. Ask the Australians! He’s one of the 10 players in the cricket history of India to play more than 100 Tests. On his birthday, Chinmay Jawalekar looks at 23 facts from the life of the Indian batting bulwark, who though earned laurels in the longest format of the game, but never appeared in a cricket World Cup.

1.  ‘Very Very Special’ Laxman: First part of Laxman’s name ‘VVS’ got a new meaning after his consistent great performances against the Australians. Though there are theories that perhaps Brett Lee coined this special name, the writer of this piece learnt straight from the horse’s mouth who coined it. During an interview last month, Laxman confirmed that it was “probably” former Australian captain Ian Chappell who named him ‘Very Very Special’ Laxman.

2.  Earliest cricket memory: When Laxman was barely old enough to crawl, he would watch with a lot of interest his maternal uncle Baba Krishnamohan — who was a club cricketer in Hyderabad — practice at his grandmother’s house.  Later on, it was Krishnamohan who spotted his talent during their backyard tennis-ball cricket sessions at the same venue. As a result, he got Laxman enrolled at St John’s coaching camp when he was just seven.

There’s a famous legend that every time Laxman would make a valuable contribution for Little Flower High School in school cricket, Krishnamohan would write a copy and take it to the various dailies in Hyderabad for publication.

3.  Chose a cricket bat over stethoscope: Laxman was brilliant at academics and scored 98 percent marks in his 10th board exam. His parents — Dr Shantaram and Dr Satyabhama — are noted doctors and following suit, he too enrolled as a Medical student. But thankfully, he chose the life of a cricketer over that of a physician’s.

His family’s eminence doesn’t end here; Laxman apparently is the great grand nephew of Dr Sarvepalli Radhakrishnan, former President of India. He is married to G R Sailaja, a computer science post-graduate. They tied the knot on February 16, 2004 and have two children – son Sarvajit and daughter Achinta.

4.  First hundred: In February 1987, Laxman scored his first century while playing in age group cricket. Playing for Hyderabad against Andhra Pradesh in an under-13 tournament played in Vijayawada he scored 153.

5.  Aussie tormenter part I: Laxman was particularly fond of playing against Australia — a team that brought the best out of him — throughout his career. He first stamped his authority against the champion side during his Under-19 days. Laxman made his Under-19 debut for India against them in February 1994. Batting at six, he made 88 in his debut innings against a bowling attack that had the likes of Brett Lee and Jason Gillespie. In the second game of the series, Laxman scored an unbeaten 151 in the first innings and 77 in the second innings to help his team register a 226-run victory and ended-up as the leading run-scorer of the series at an astonishing average of 110.25.

6.  First-Class debut: Laxman made his First-Class debut in the quarterfinal of the 1992–93 Ranji Trophy season. He didn’t have the best of the debuts as he scored a duck in the first innings and 17 in the second playing for Hyderabad against Punjab.

7.  The ‘duck’ connection: Laxman has a rather embarrassing connection with the ducks. Not only did he start his First-Class career with a zero, but his One-Day International (ODI) career also started and ended with ducks.

8.  Test debut: Laxman had a great start to his Test career. On his Test debut against a strong South Africa team in Ahmedabad in the year 1996, Laxman scored 11 in the first innings. However, it was his patient 51 in a difficult track in the second innings that set up an India win in a low-scoring game. The margin of the victory — 64 runs — says it all.

9.  Long wait for first hundred: Laxman’s early days in international cricket weren’t easy, as his batting position was shuffled quite often. He was even made to open the innings, a position that he wasn’t accustomed to. As a result, he had to wait for 17 Tests and three years for his maiden Test century, a well-compiled 167 against the Australians at their own backyard in the year 2000. He had earlier came closer to scoring his first international hundred against the same opposition at Kolkata in 1998, when he scored 95 and missed it by a whisker. His knock of 167, however, attracted the cricket fraternity’s attention towards the stylish Hyderabadi.

10.  Domestic record: Laxman, not a regular starter in the team in the late 90s, made a staggering 1,415 runs in the Ranji Trophy season 1999-2000. It was then a record for most runs scored in a single season and still continues to be.

11.  Aussie tormentor part II: The turnaround in Laxman’s career came during the Kolkata Test against Australia in 2001. It was the second Test of the series and India were already one down in it.  Steve Waugh’s invincible Australian team were marching towards their record 17th Test win with a 274-run first innings lead. In the first innings, Laxman scored a breezy 59 at No.6, which prompted captain Sourav Ganguly and the team management to make him bat at No. 3 while the side was following-on. Rest is history. Laxman produced the most special and a career defining innings of 281 that lead to an astonishing recovery and eventually resulted in India’s victory. The miracle-win inspired India to win the next Test at Chennai as well and along-with it, the series.

Laxman’s love affair with Australia was blossoming now. By the time he ended his career, Laxman had a tremendous playing record against them. In 29 test matches against Australia, he scored 2,434 runs at an average 49.67. In 21 One-Day Internationals (ODIs) against the same team, he scored 739 runs at an impressive average 46.18. These averages are much higher than his career averages in the formats. Moreover, six out of his 17 Test hundreds and four out of his six ODI hundreds came against the Aussies. Both his double centuries in Test cricket also came against the same opposition.

12.  Respect from the Australians: The Australians are known to be fierce competitors and play the game in a hard way. They are well-known for sledging their oppositions out of the game. At the same time, they also respect the talent, and they’ve been unabashed admirers of Laxman.

Former Australian wicketkeeper Adam Gilchrist was so big a fan of Laxman that he once felt compelled to have a dig at the India selectors. “Every time he (Laxman) plays against us, he comes up with something special, and the next thing we read after the series is that he’s been dropped.” His statement came in the wake of Laxman’s shock omission from India’s World Cup 2003 squad. He further added, “It leaves me completely bewildered.”

14.  Sai Baba devotee Laxman is an ardent devotee of Satya Sai Baba and has even launched a special CD produced by his maternal uncle ‘Sai Bodha’, which consists of preaching, teachings and the philosophies of Sai Baba as mentioned in the Sai Satcharita.

15.  Notable records: Laxman, along with David, shares the world record for the highest partnership (376 Runs) in 3rd innings of a Test match for any wicket during a winning cause. He is also one of the six Indian Test cricketers to score 100 runs in a single session of a Test match. He also holds a record of catching most number of times (12) in a single ODI series (n the 2003-04 VB series) apart from a wicketkeeper. He shares the record with Australia’s Allan Border.

16.  Philanthropy: Laxman has a philanthropic personality. He has participated in several charitable causes, the recent one being Food for Change, where he participated along with popular Hyderabad personalities Samantha Ruth Prabhu and Pulela Gopichand for the charity event of educating 2 lakh students.

17.  Very Very Angry Laxman: During the first Test against Australia in the 2010 Border-Gavaskar Trophy at Mohali, an otherwise calm and composed Laxman lost his cool. In the fourth-innings, where India were 124 for 8 chasing 216, Laxman scored an unbeaten 73 to steer India to a one-wicket victory. During the course of his innings, he played with a runner. The last man to give him company was his Hyderabadi teammate Pragyan Ojha, who had to face wrath from Laxman, as the former was careless in his approach while running and could have been dismissed run out at one instance.

18.  Never played a World Cup: Laxman is one of those unfortunate cricketers who played over 100 Test matches for their countries but never got a chance to play in a cricket World Cup.

There were more reports regarding the strained relationship between Dhoni and Laxman, and it only amplified when Dhoni was not invited to Laxman’s residence for a dinner party. Later Laxman clarified that he has originally planned to retire after the home series against Australia in 2013 but thought otherwise. He was quoted as saying, “Initially, my aim was to beat Australia in Australia and then retire, but unfortunately we had a very poor series. But the matter (retirement) was at the back of my mind for around six months. I could have easily played against England and Australia but I thought it would be better to give a youngster a chance to play 10 Tests at home before India’s South Africa tour.”

20.  Enviable record: Despite having five ordinary years in international cricket, Laxman ended his career with good numbers. He played in 134 Tests and scored 8781 runs at almost 46, notching up 17 hundreds. His record in the 21st century is further more impressive, as his average rises to 49.42 and all his hundreds have come post 2000. In this span, he averages over 54 against the champion side Australia. In ODIs, he has six hundreds to his name but has a batting average of 30.76, which doesn’t speak enough of his skills.

21.  Three ODI hundreds in a week: Though Laxman isn’t considered to be in the league of great ODI players, he achieved something he could be very proud of. In early 2004, when India were playing a tri-series in Australia, Laxman notched up three ODI hundreds in a span of week’s time. On January 18, he scored 103 not out against Australia at Brisbane, four days later he scored 106 not out against the same opposition at Sydney and on January 24, he scored 131 against Zimbabwe at Adelaide.

22.  Indian Premier League: Laxman has played county cricket for Lancashire and has played IPL too. He was initially named the icon player for Deccan Chargers, the Hyderabad IPL side. Laxman appointed as the captain rejected the offer to be an icon player in order to free funds that would enable the franchise to buy younger players.

23.  Mentor, expert, advisor: Post retirement, Laxman has donned various roles. He has often turned up as a commentator. He is a mentor of the Sunrisers Hyderabad side and has worked with the Bengal Ranji side as a batting consultant. Along with Tendulkar and Ganguly, Laxman is in the BCCI advisory committee. He also is the chief mentor at CricketCountry.com. 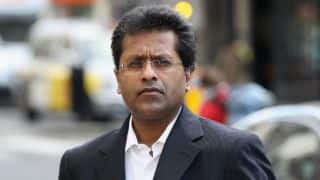 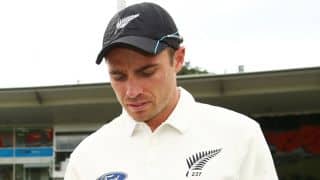