Although the selection process of the Indian squad for the upcoming T20 World Cup did stir up some debate, the battalion that was picked for the Tests against New Zealand didn’t make much news. Although the selection process of the Indian squad for the upcoming T20 World Cup did stir up some debate, the battalion that was picked for the Tests against New Zealand didn’t make much news. Despite India’s horrendous outings in Test arena since the last one year, there is no major overhaul yet. The exit of Rahul Dravid has no doubt left a huge void, but the inclusion of Cheteshwar Pujara was heart warming, whereas it remains to be seen if Ajinkya Rahane does get a game.

Although this series has failed to make the headlines, probably because the T20 World Cup is in close vicinity, there is one man who’ll look to make the most of this sombre affair, considering the fact that he’ll most certainly be under scrutiny, yet again, if he fails to perform in these two Tests.

VVS Laxman’s unbeaten century against KSCA President XI in the Shafi Darashah Trophy must have done his confidence a world of good, but the stylish batsman from Hyderabad will be the first to admit that not many will acknowledge such knocks unless he manages to replicate them on the big stage, something that he has managed to do successfully in the past and hasn’t received enough credit for. He has been one of India’s heavyweights alongside Dravid and Sachin Tendulkar, but the fact remains that he is asked to prove his worth in the side time and again. This series against New Zealand is going to be no different for him, and it could decide if Laxman will soon head into twilight, or whether he can manage to resurrect his career one last time.

Despite being the highest run-getter after Tendulkar and Dravid since the last one year, Laxman has always been under scrutiny for non-performance. As Vincent Sunder wrote last November, Laxman is dependable, yet dispensable. He scored 635 runs in his last 11 Tests at an average of 33.42, next only to the aforesaid players who average 51.26 and 37.04 respectively. Apart from Virat Kohli, none of the other young Indian batsmen have managed to outperform India’s aged superstars during this span in Tests.

Laxman scored 298 of those 635 runs against a relatively weak West Indian side at home, and it must be mentioned that he averaged 99.33 during that series.  In fact, since the last three years, he has averaged 82.63 at home, and has amassed the maximum number of runs after usual suspects Virender Sehwag, Dravid and Tendulkar. These statistics speak volumes of Laxman’s efficiency in familiar conditions. Considering that India is playing only at home for the next one and a half years, he could still be an asset, and not a liability, to this Indian side.

However, there is no denying the fact that curtains could soon fall on his career if he fails to live up to the expectations in this series. After Dravid called it quits, all eyes are now bound to be on the two senior players in the side. While it’s known that Tendulkar will continue to play Test cricket, Laxman sadly cannot afford the luxury of choosing which matches to play and which not to in a bid to extend his playing career. Running between the wickets and sluggishness on the field have already become a hindrance to him in the last one year, and the only thing that can help him keep his place in the current squad is his adroitness with the bat.

Moreover, with adept youngsters knocking vigorously on the doors of the selectors, the process of retaining the spot could become all the more cumbersome for Laxman with failure in this series. New Zealand is not as strong as it used to be a few years ago, but a couple of the bowlers did prove in the recently concluded series against West Indies that they could indeed be a force to reckon with. Hence, the task, by no means, is going to be a relatively easy one for Laxman.

India will face England and a few other top sides in its own backyard soon after the T20 World Cup, and with the spotlight constantly on his performance, this series will yet again be one of immense pressure for Laxman. Therefore, although his admirers may hate to hear this, the series against New Zealand could be the last throw of the dice for him. 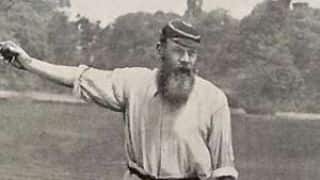 The day broomsticks took on bats