VVS Laxman called India s current lower middle order probably the best lower-order batting for India in history, or at least since he has been following cricket.

VVS Laxman congratulated the Indian team for their victory over England in the third Test of the five-match series at Mohali, describing it as a comprehensive win . Laxman, Chief Cricket Mentor of CricketCountry, called it a collective team effort. He laid emphasis on performances of the bowlers, who complimented each other brilliantly throughout the Test. It was great to see everyone contributing, not relying only on one bowler . Indeed, every single Indian bowler got wickets in the first innings, while four men (barring Umesh Yadav, who bowled only 8 overs) were successful in the second. England were bowled out for 283 and 236 on a pitch that did not have any demons.

Laxman added that he was particularly impressed with Umesh and Mohammed Shami (the two men shared 7 wickets in the Test): They bowled consistently at over 140 kph. They were accurate, and used the short-pitched ball to great extent and got the ball to reverse. The team management have a specific plan, and they [Umesh and Shami] are executing the plan. Irrespective of there being no lateral movement off the wicket, they have still exploited the weaknesses of opposition batsmen using their skills.

Laxman was also all in praise of Parthiv Patel, who scored 42 and 67*, and effected 5 dismissals: Getting an opportunity after eight years and coming and playing with that kind of mindset speaks volumes of his ability. From the first time I saw Parthiv in 2000 I felt that he had a lot of confidence on his own ability To work hard on his game instead of getting frustrated showed how much motivated he was to be ready whenever given an opportunity. No one, probably not even Parthiv himself, expected him to play this match, but he was ready. He was always someone very good on the back-foot square of the wicket, but in this Test he was also driving the ball well, which showed he has worked on improving his batting. It also showed that he had a positive mindset.

However, Laxman opined that Parthiv may not get another chance once both Wriddhiman Saha and KL Rahul are both fit: It will be difficult to accommodate two keepers in a side. Fielding in specialised positions plays a major role over five days of cricket, unlike in limited-overs matches where you can play two keepers. However, he added that Parthiv has made a strong case for himself, and added that it is important to continue with Parthiv as a partner of Murali Vijay if Rahul is not fit. Not only will that give a left-hand-right-hand combination, he is also a good player of fast bowling.

Laxman also called India s current lower middle order probably the best lower-order batting for India in history, or at least since he has been following cricket. It is not only because of the score; it is more about the talent, the technique, the temperament. Their batting performance helps Virat [Kohli] to play with an extra bowler, which is always helpful on a wicket that does not assist bowlers.

Talking of England, Laxman called their batting performance disappointing: After starting off well at Rajkot, none of the batsmen barring Joe Root, Jonny Bairstow, and young Haseeb Hameed looked confident.

Laxman heaped praise on Hameed in particular: I am very impressed with the fighting spirit of Hameed and the determination he showed, especially with a broken finger. That is something I see in a young player: it is not about the talent, but more about the fighting spirit and how mentally tough you are. If you are playing against the best in the world you will be worked out if you are not mentally tough.

However, he lauded the England fast bowlers, adding that though the spinners have taken wickets, but the strike rates and economy rates have not been impressive, with the exception of Adil Rashid. He also suggested a change in team balance: I feel that instead of playing an extra spinner who is not effective, England should go in with a fast bowler [Jake Ball or Steven Finn] who can get the ball to reverse or use the short-pitched delivery against the Indian batsmen. The quality of English spinners on this tour is very ordinary. 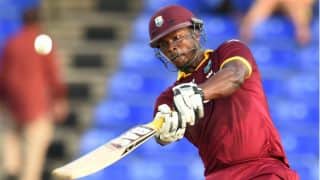