Walter Newhall played for the USA and died during the American Civil War.

December 18, 1863. Serving in the American Civil War, Walter Symonds Newhall died in an unfortunate accident in Virginia. Arunabha Sengupta looks back at the life of the first International cricketer to perish during a War.

Perished in the Greater Game

On the third morning of the third Test between India and England at Ageas Bowl, 2014, the England and Wales Cricket Board (ECB) and Hampshire Cricket commemorated the cricketers who lost their lives in World War One.

A minute’s silence was observed. The descendants of the former Kent and England left-arm spinning great Colin Blythe were in attendance as special guests of the ECB.

BBC TV’s ‘Great British Bake-off’ winner Frances Quinn served up slices of a ‘Trench Cake’ — baked according to an original wartime recipe — to the members of the media.

It is pretty well known that Colin Blythe, Tibby Cotter, Reggie Schwarz and a few other valiant cricketers perished in the First World War. Similarly we also know of Hedley Verity, Ken Farnes, Ross Gregory and a handful of other unfortunate men who met their ends during World War Two.

Not so commonly recounted is the death of Edward Wilkinson, the Cambridge University batsman, the only known cricketer to have been killed in the Boer War.

The first cricketer to have met such fate was Richard Beckett, who played for the MCC and appeared in nine First Class matches in the early 19th century. He perished in the Napoleonic Wars, at the Battle of Talavera in 1809.

And the last man of the game to have met his death in such cataclysmic clashes is uncomfortably recent — Western Province left-arm spinner Gary Bricknell died in a train crash in 1977, while travelling with the South African regiment to serve in the Border War.

However, it is scarcely recalled that the first ever international cricketer to die during wartime actually hailed from the United States of America.

Walter Newhall’s death was not really caused in action. An unfortunate accident claimed his life while he was serving in the American Civil War.
America creeps up on us quite often in the early history of international cricket. The first ever International cricket match was after all played between United States and Canada in New York on September 24, 1844.

Walter Symonds Newhall had been too young to take part in that historic match. In fact, he had been on the verge of his third birthday. However, he was born in Philadelphia, the very epicentre of cricket in the great country.

Born October 31, 1841, Newhall took to the game early and was known to be a precocious talent. As a lad of 17, he scored 548 runs in Philadelphia’s local competition for the Young America Cricket Club. This included a surprisingly mature innings of 105 against the Delphians.
The next summer, in August 1859, an 18-year-old Newhall made the US team that toured Toronto to play Canada. The young lad was perhaps overawed, and was dismissed for disappointing scores of one and zero.

Later that year, George Parr’s English touring side made their famous visit to the New World. Playing against the visitors for the 22 Gentlemen of USA at Hoboken, Newhall scored five and six. When he played the English tourists for Philadelphia 22, he fell for three and a duck, dismissed in the two innings by Parr and John Wisden.

He had a relatively better outing when Canada visited in 1860. Newhall scored 11 and 27 at Hoboken during the course of a memorable victory.
However, he did score a decisive point for cricket in the game’s eternal rivalry with baseball. In 1860, Newhall was challenged by some baseball players into a ball throwing contest. He hurled the ball for a distance of 113 yards and won hands down.

The following year, the young man not yet 20 had to move from the cricket grounds to the battle fields. The country was plagued by Civil War and Newhall became a part of the bodyguard brigade of Major-General John C. Fremont.

As a Second Lieutenant, Newhall fought in the Missouri campaigns against Major-General Sterling Price. By September, 1861, he was promoted to First Lieutenant.

In January 1862, Newhall joined the Army of the Potomac, led by Major-General George B. McClellan,in the 3rd Pennsylvania Cavalry. He fought in the Battle of Williamsburg and the Battle of Fair Oakes. Later, in July 1862, he served under Brigadier-General William W. Averellin in the Battle of Malvern Hill. Two months later, he was promoted to the rank of Captain.

After a viral infection and relative inaction for nearly a year, Newhall was back in the thick of action during the Battle of Gettysburg in early June, 1863. In this showdown, he was wounded in the face by the lance of a Confederate standard bearer.

By December of that year, Newhall was the Acting Adjutant-General on the staff of General Gregg.

On Friday, December 18, 1863, Newhall had just visited the headquarters to get his leave of absence signed, and was riding back across a small creek in northern Virginia.

Recent rains had led the Rappahannock River to run amok and the stream had become a more difficult and dangerous proposition than normal.While crossing, the horse lost its footing and started to panic. Newhall tried to dismount, but the animal, in throes of frenzy, reared up on its hind legs. The young captain was thrown into the water.

Captain Newhall drowned in the gushing stream. His body was discovered half an hour later. He was just 22.

In his memoir published by his regiment in 1864, it is stated: “Walter Newhall was one of the best riders and by far the finest swordsman of them all. The same dexterity which had given him such advantage with the cricket bat now showed itself in his perfect command of the sabre, and their drill master said it would take but little practice to make him the most accomplished swordsman in the army.”

The Newhall name lived on in cricket. Younger brothers George, Robert, Charles and Daniel played First Class cricket and all represented USA, playing together against Canada at Nicetown, Pennsylvania, in September 1880. Two other brothers, Harrison and Fred, also played cricket, albeit with lesser accomplishments. In the following generation, nephew William Price Newhall also represented the country. 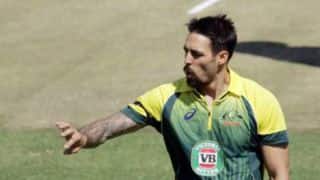