Have you been too busy studying for your exams to take note of what has been going on in the IPL? Or have you been too engrossed in searching for a job to know who has hit the most 'DLF Maximums’ over the past week? Maybe all your time is being taken up by stalking your ex-boyfriend; or you could just be some closeted IPL fan who likes to keep up appearances by publicly denouncing the 'pajama cricket’ but want to know how your favorite IPL team is doing? 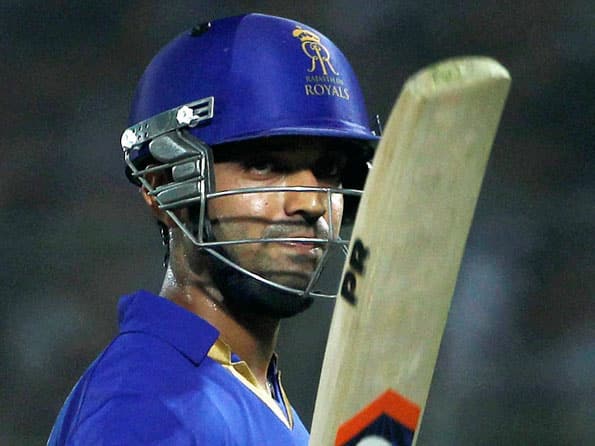 Have you been too busy studying for your exams to take note of what has been going on in the IPL? Or have you been too engrossed in searching for a job to know who has hit the most ‘DLF Maximums’ over the past week? Maybe all your time is being taken up by stalking your ex-boyfriend; or you could just be some closeted IPL fan who likes to keep up appearances by publicly denouncing the ‘pajama cricket’ but want to know how your favorite IPL team is doing?

Never fear. For the attention-deficit IPL fan in you, I present to you ‘The Plunder Games’ – a weekly recap of all the IPL action.

Here, you can catch up with all the past week’s action in just 10 minutes.

Match in 140 characters: Frenetic hitting from Pollard and Rayadu takes Mumbai Indians to 197. Rahane and Shah threaten a tight contest, but night belongs to the big Trinidadian, Kieron Pollard.

Charlie Sheen winning moment: Owais Shah was threatening to overshadow Pollard’s knock with a blistering innings of his own, when a beleaguered Harbhajan Singhi threw the ball to his go-to bowler, and he didn’t disappoint. Off the first ball, he knocked back Shah’s stumps and that was basically the end of the Royals’ resistance.

Viagra performer of the day: Thirty three balls, six fours, four sixes, all added up to a typical Pollard-ian innings. If that wasn’t enough, he returned to scalp four batsmen and take a catch.

Best tweet of the game: Once a Shah, Owais Shah. #IPL (by @coolfunnytshirt)

#TrottsFault: The obvious choice might be Virat Kohli; but he is a part-timer, and against Morkel’s clean hitting he had no chance. On the other hand, Vinay Kumar bowled like a novice in the final over dishing out full tosses and no balls, which CSK made full use of.

Charlie Sheen winning moment: The game might have been decided off the final ball, but it truly turned on its head in the previous over when Morkel blitzed 28 runs off Kohli.

Viagra performer of the day: Till this game, Morne was the Morkel grabbing all the attention in this IPL. In the space of six balls, Albie changed all that with an adrenaline-packed innings, which swung the game CSK’s way.

Best tweet of the game: It seems Suresh Raina has a special place in his heart for long on to midwicket region. Doesn’t matter if he is batting or bowling. (by @holdingwilley)

Pinocchio fact: Dan Christian was seen offering bowling tips to Vinay Kumar on the day before the RCB-CSK game.

Match in 140 characters: Pune Warriors stumble and stutter to 115, thanks to a Mascarenhas five-for, but Shaun Marsh leads Kings XI ease to victory

Viagra performer of the day: Shaun Marsh may have had a horror Aussie summer, but in IPL colors, he still continues to torment the bowlers. His unbeaten 64 extinguished any hopes that the Pune Warriors might have had.

Best tweet of the game: #AltPulseQuestion Who has the most pinchable cheeks – Piyush Chawwwwla or Preity Zinta? #IPL (by @AltCricket)

Match in 140 characters: On a tricky pitch, Royals scrape to 131 as Shakib keeps them in check; KKR chase it down without much of trouble.

Viagra performer of the day: Shakib al Hasan had a good start to his IPL, with a match winning three for 17 which kept the Royals down to a chaseable target.

Best tweet of the game: Funny that Gautam Gambhir is the captain of KKR, but the team is playing with MSDs tactics. Take it till the end. (by @siddyness)

Match in 140 characters: Despite du Plessis’ and Jadeja’s knocks, CSK did not get enough. Ryder bats through innings and Smith explodes to chase down 156.

#TrottsFault: It’s not often that captain cool MS Dhoni costs his team the game. A painstaking 26 with no big hits in the end stalled CSK’s progress and some of his tactics including holding back Jadeja while the Warriors were batting and giving Yo Mahesh the final over backfired spectacularly.

Viagra performer of the day: Steve Smith has been the biggest success story for the Pune Warriors. In the field, he is incredibly quick with a safe pair of hands. With the bat, he has applied the finishing touches well. His dismantling of Nuwan Kulasekara in the penultimate over tilted a game which was heading for a tight finish, in favor of the Warriors.

Best tweet of the game: Faf du Plessis will wear an Orange Cap, yellow jersey and Trousers, Red boots when CSK take the field and look like a Tamil Hero. #IPL (by @forwardshortleg)

Pinocchio fact: The reason why Ashok Dinda jumps so high before bowling is because he was born in a leap year (courtesy @joydas)

Match in 140 characters: Narine mesmerises as Kings XI are kept down to 134, despite a good start, KKR stumble as Chawla and Harmeet shock Kolkata.

Charlie Sheen winning moment: Despite Chawla’s heroics earlier, the game was going to be won or lost by little-known Harmeet Singh, when he was thrown the ball for the final over. KKR needed nine runs to win the game but could only manage six, as Kings XI stole an unlikely win.

Viagra performer of the day:  Narine is one of the better spinners in international cricket these days, and in this game he showed why he is highly rated. In four overs of masterful bowling, he kept the batsmen guessing as he returned with figures of five for19. Though his team lost the game, Narine was easily the best performer among the two sides.

Match in 140 characters: Rahane sizzles and Owais smashes as RCB run for cover, Trivedi leads a disciplined Royals effort in the field as they surge to top of table.

#TrottsFault: If it was Kohli who had a horror game with the ball last time, it was S Aravind’s turn in this game. Not too long ago, he featured in the national team, but after the ruthless punishment at the hands of Rahane, it is hard to see him coming back after this effort.

Charlie Sheen winning moment: While it was Rahane and Shah who set a massive target, it was Pankaj Singh’s two wickets in the 5th over (Agarwal and Gayle) which sealed the game in favor of the Royals.

Viagra performer of the day: IPL 5 could well be the tournament which opens the door for Rahane to enter into the Indian T20 side. For long, he has been considered a batsman for the longest form of the game, and only recently did he make his foray into ODIs. After a scintillating 98 last week, his century against RCB was one full of power and grace which showcased his full repertoire. Greater things await the new maestro from Mumbai.

Match in 140 characters: Nadeem leads a strong Daredevils performance in the field despite Harbhajan’s heroics with the bat as Sehwag and Mahela Jayawardene lead a controlled chase

#TrottsFault: The entire Mumbai top order, including Rohit Sharma who apart from running out Rayadu, kept playing high risk shots when the situation warranted some rebuilding.

Viagra performer of the day: For a team which does not have any high profile spinners, Shahbaz Nadeem is perhaps as big a boon as any of the fancy top order batsmen. He strangled Mumbai right at the top of the game, and induced them into playing rash shots to get away.

Match in 140 characters: Duminy leads a strong Deccan ‘Charge’ as Royals are left with a target of 197, Dravid, Rahane and Hodge’s fireworks ensure thrilling win.

#TrottsFault: Steyn had a rare off day, as Dravid and Hodge tucked into him at crucial times, even as he returned expensive figures of none for 44 in 3.4 overs.

Charlie Sheen winning moment: The Royals’ chase was so well planned that they didn’t really look like they were in trouble at any stage. Little known wicket keeper Yagnik duly dispatched Steyn for two boundaries in the final over to seal the win.

Viagra performer of the day: Brad Hodge who scored an unbeaten 48 at a strike rate of 228.57. In a high scoring match featuring plenty of slam bang innings, his knock stood out.

Match in 140 characters: Uthappa, Ryder and Samuels power the Warriors to 182, Gayle leads a spirited assault while de Villiers and Tiwary steal an unlikely win.

#TrottsFault: While it is tough to choose between Rahul Sharma and Ashish Nehra, the winner is the lanky Delhi seamer. He is the more experienced performer who has been in this situation numerous times before. With RCB needing 24 runs in the final over, one would have backed Nehra to defend it more times than not. Unfortunately, those days are gone long by.

Charlie Sheen winning moment: Gayle whacked five sixes in a Rahul Sharma over to pull back the chase for RCB and de Villiers played a manic yet creative innings to haul them to the precipice of an improbable win; but in the end, it was left to the much maligned Tiwary, who defied the script and pummeled the last ball to the boundary in the final over, triggering wild celebrations in Bangalore.

Viagra performer of the day: AB de Villiers’ knock of 33 in 14 deliveries might not seem out of place in T20s; but the figures don’t tell the story of an innings which contained innovative strokes under tremendous pressure and which ultimately helped RCB over the line.

Best tweet of the game: Uthappa says Danny Morrison is too loud. Tell us something we don’t know, lad. #IPL (by @headless_sky)

Pinocchio fact: Chris Gayle has been signed up as the new ambassador for iPhone 4S – since their punchline suits him every time he goes to bat. “This changes everything. Again.” (courtesy @CluelessVictory)

Tweet of the week:
DD must be seeing their past in MI’s present. #ipl (by @boredcricket)

(The writings of Benny, aka tracer007, are the products of the mind of a cricket fanatic who has been following the game for the last 15 years. After a brief stint in school cricket in the 90s, he decided that chasing a red ball around a field in white flannels as a substitute fielder was not really getting him anywhere. He subsequently entered medical school, where he spent half the time learning how not to kill a patient and the rest of the time, sharing his opinions about the state of international cricket to people who had no idea of what he was talking about. Since graduation, he is living in the U.S., where he chanced upon the world of cricket blogging; and in an instant, an idea to start a cricket blog shot through his brain ‘like a tracer bullet’ and (likeatracerbullet) was born)